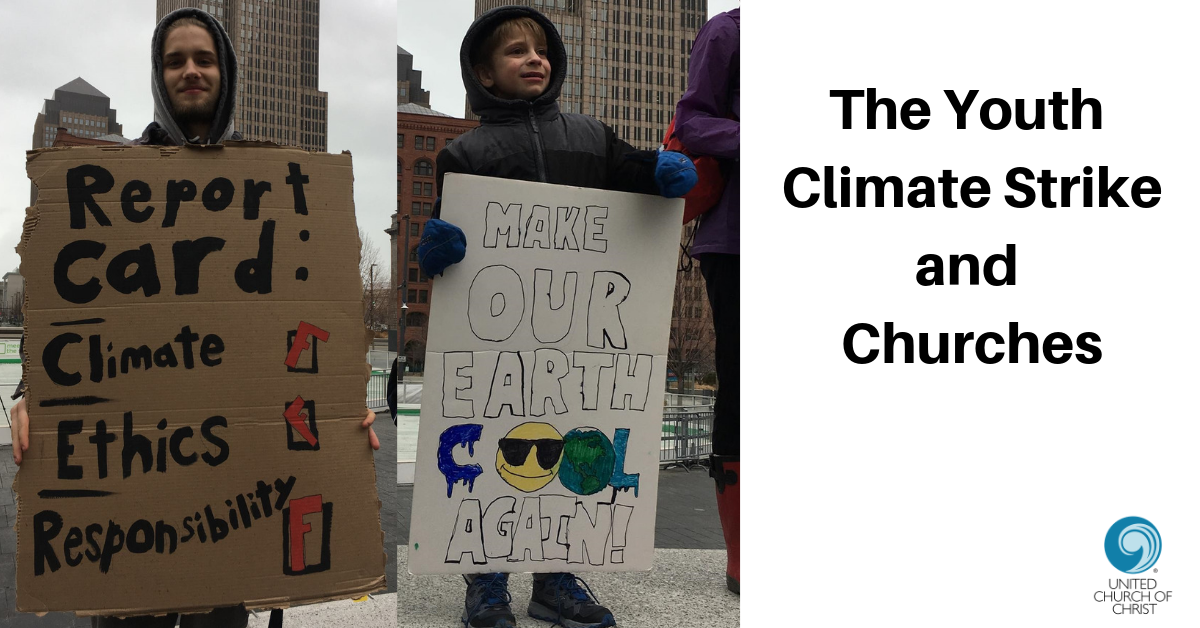 On March 15th, as high school students around the world walked out of their classes as part of the youth climate strike inspired by the Swedish teenager Greta Thunberg, I walked down the block to join the crowd gathered in downtown Cleveland. I had been in communication with one of the youth organizers all week, but it was not until that moment that I made the connection between the youth taking action and the origins of the environmental justice movement. The birth of the movement in 1982 owed a lot to children and youth, including at least one who skipped school. As Dollie Burwell, "the mother of the environmental justice movement," once explained, her ten-year-old daughter Kimberly had refused to go to school on the first day of a civil disobedience campaign that ultimately lasted six weeks.

As Kimberly witnessed the arrest of her mother and others that day in their protest against the dumping of toxic chemicals in their community, Kimberly was interviewed for national television by Dan Rather. That interview played a significant role in awakening the consciousness of a nation. Later that same day, Kimberly herself was arrested and detained at a local school. Out of the more than 500 persons who would be arrested during the six week campaign, 94 were children and youth. Church-based activists such as Dollie Burwell, the Rev. Leon White, Charles Lee, and the Rev. Ben Chavis became central to the movement that erupted. Chavis would coin the phrase "environmental racism." Lee would author the landmark Toxic Wastes and Race report. Chavis, Lee, and others worked within the United Church of Christ Commission for Racial Justice to organize the First People of Color Environmental Leadership Summit, which led to the historic Principles for Environmental Justice.

The ripple effects of the environmental justice movement continue to be felt, but I fear the courageous actions of the young people who helped instigate it can be easily overlooked and forgotten, as I almost did.

Today, youth leadership on environmental issues is clearly visible and here to stay. As the world witnesses more youth climate strikes next month and beyond, churches can do much to amplify the power and impact of youth leaders. This year the United Church of Christ partnered with Creation Justice Ministries to issue an Earth Sunday resource entitled "The Next Generation Rises." It brings a fresh biblical perspective to the justice issues involved as young people bring our society to a moment of reckoning in the face of climate change. With the recent 60 Minutes episode featuring the lawsuit of 21 youth against the federal government over climate change, one can easily imagine a Sunday that features this video segment during an adult education forum. On that same Sunday, one could further imagine a worship service that features youth preaching as part of the Justice for #EachGeneration campaign of solidarity with the youth plaintiffs.

Thanks to the actions of youth, past and present, near and far, churches now have a unique opportunity to be a force for justice at this most critical time.