The parable of the Good Samaritan presents us with two possible responses to suffering. There are those like the priest and the Levite who respond with avoidance and pass by on the other side of the road. Then, there are those like the Good Samaritan who respond with compassion and tend to the man’s wounds. Since I enjoy doing children’s sermons, part of me is glad the parable does not include a third option so appalling as to seem almost unfathomable: the sadist who stops to rub salt into the wounds of the afflicted man. Imagine trying to convey a lesson about this to children. “Now, children, this is not how you want to treat little Billy when he skins his knee at recess time." Yet, such a grotesque and obvious moral wrong is what the flooded parts of Louisiana are now facing.

To understand this, a basic understanding of weather dynamics is needed. Scientists have pointed out that the flooding in Louisiana reveals what we would expect of climate change. Warmer air holds more water vapor which in turn creates the conditions for the kind of torrential downpours that Louisiana experienced.  In such a context, it would seem that only a sadist would go to the scene of a climate-related crime in order to publicly act in ways that would grossly accelerate climate change. 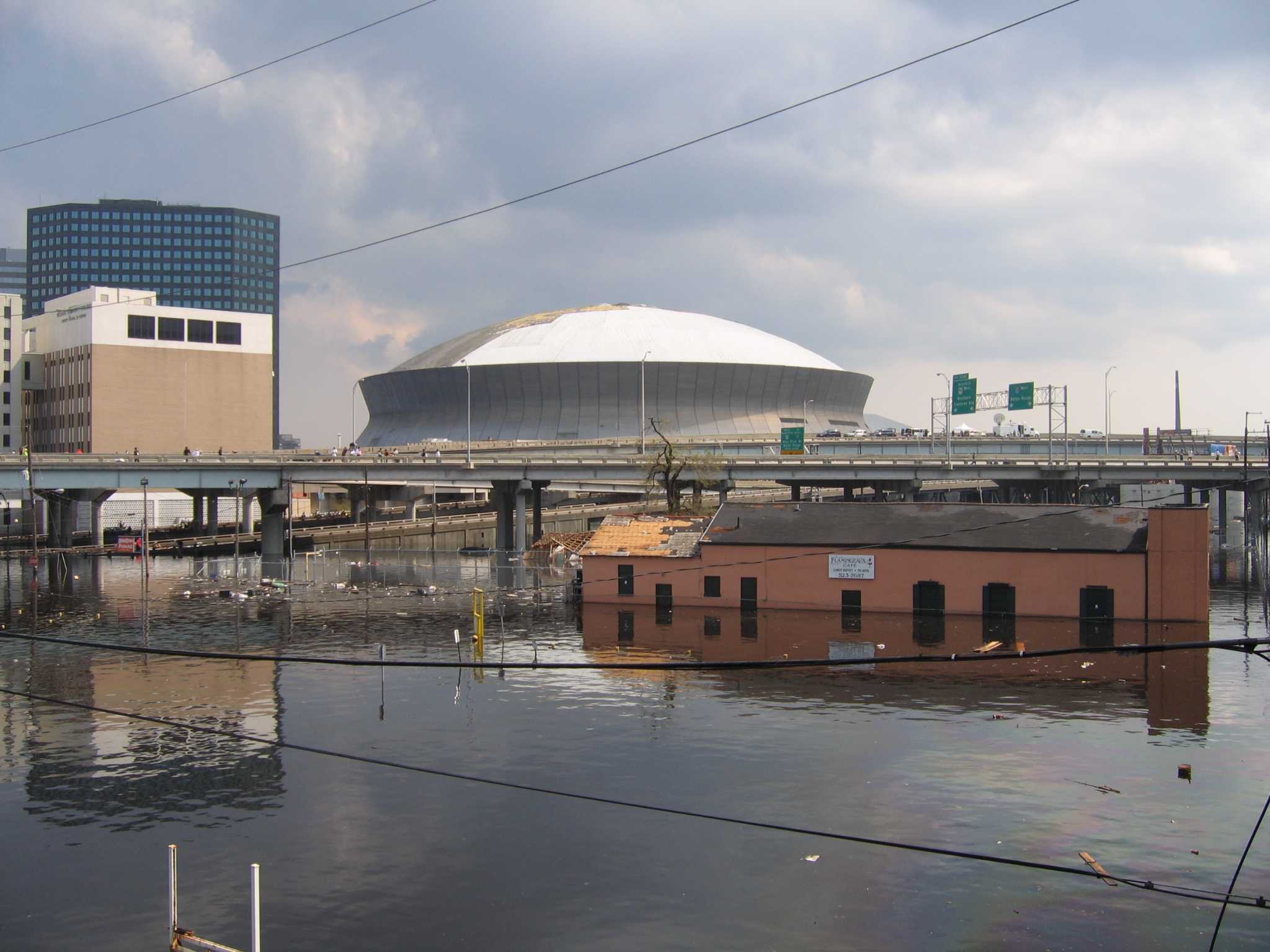 Yet, consider what is scheduled to take place at the New Orleans Superdome. During Hurricane Katrina, the Superdome was “the shelter of last resort” and came to represent the nightmare of climate-related disaster and racial injustice. Nevertheless, on August 24th in the Superdome, the Obama administration is set to auction off drilling rights for a part of the Gulf of Mexico that is roughly the size of Virginia. This is occurring an hour away from where the floods are pushing those already marginalized by race and class further to brink. Not surprisingly, Cherri Foytlin, whose home is among the 40,000 that have been flooded, described the plan to continue with the auction in the Superdome as “rubbing salt in the wounds of a region already in a state of emergency."

Let’s put aside the children’s sermon now and talk about the adult sermon. When disasters strike, the hope is that our government will embody the best of our values and do the things that charitable agencies by themselves cannot do. As such, we expect our government to extend a compassionate response. Undoubtedly, many who represent diverse parts of our government have already done so in Louisiana. However, the scheduled auction in the Superdome represents the antithesis of compassionate action.

As citizens and as persons of faith, we do not need to stand by idly as this happens. We can join with others in calling upon President Obama to cancel the August 24th auction. Organizations such as 350.org have created a petition that can help us do that. With the spirit of the Good Samaritan, let us act.