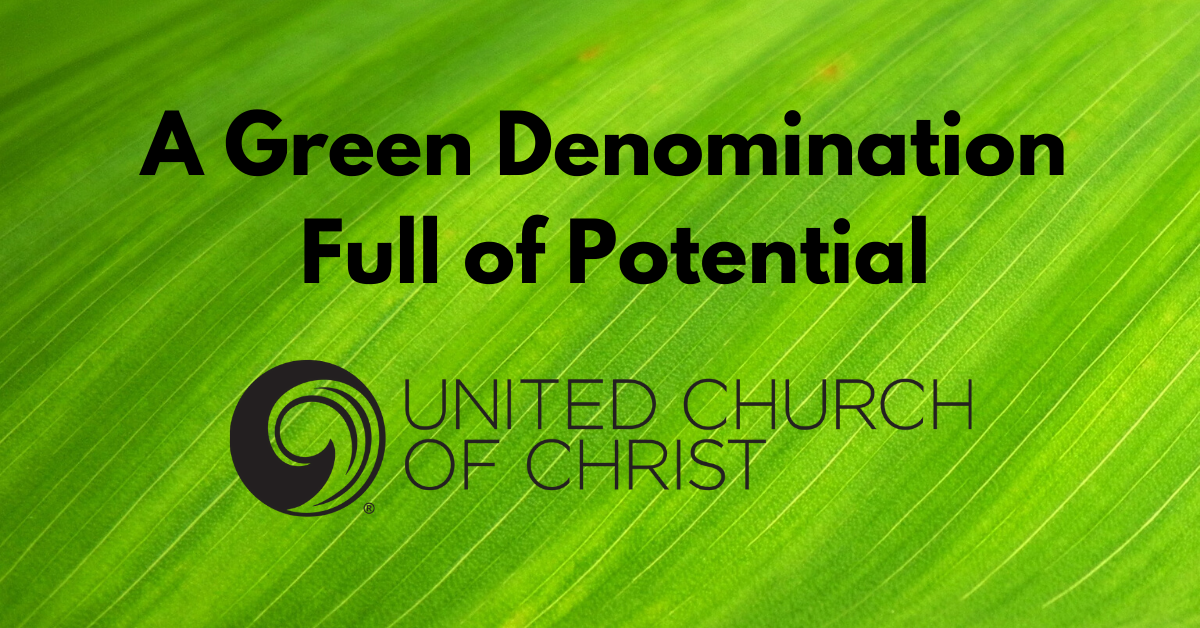 The findings of a recent survey indicate that the UCC is a notably green denomination with enormous potential to become even greener. The survey by EcoAmerica of 439 self-selected UCC members—both laity and clergy—found levels of climate concern and action that were notably greater than the broader population in the United States. Members of the UCC, for instance, were “very concerned” about climate change at rates nearly double the national average. Such statistics mirror what is happening in our churches. Nearly 9 in 10 of those surveyed in the UCC are hearing about climate change from their faith leaders compared to 1 out of 10 nationally.

With the 2019 UCC General Synod resolution that endorsed the Green New Deal, it should come as no surprise that UCC members support Green New Deal-style solutions:

UCC members are frequently ready to take climate action in ways that extend beyond the physical property of the church and in ways that sometimes require notable degrees of commitment:

The survey suggests one crucial matter of importance when it comes to the ability of churches to translate the desire to act into actual action. While 84% of respondents were very concerned about climate change, only 27% believed that those around them are very concerned. This suggests that members often feel alone in their concern. The potential for action is clearly present once members find others in their congregation with whom they can join in common cause.

Reflect On The New Year