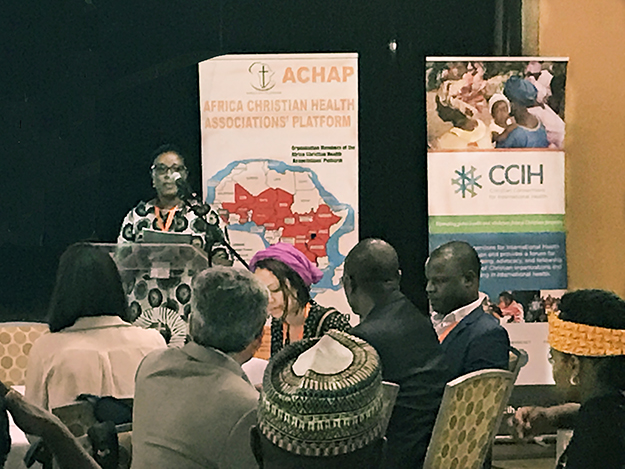 a associated with HIV continues to be a problem in most of the world. Stigma, an impediment that stops people from seeking the health care needed, has resulted in faith-based organizations coming together in Lesotho to reverse its effect.

OGHS through its partnership with IMA World Health joins Africa’s Christian Health Associations to focus on the Sustainable Development Goal of reducing HIV.

Worldwide there are about 36.5 million people infected with HIV. Now almost half of them have access to anti-retroviral therapies. Those drugs enable patients to grow old with HIV. The World Health Organization is hopeful that more and more people can get access to such drugs and that the AIDS epidemic can be brought under control by 2030.

Although ending the HIV epidemic is achievable, it will not be easy and requires that lots of work is done up-front. The language used in the HIV response community is the Fast Track which is based on achieving specific targets in 2020 and 2030.

Information for this story provided by IMA World Health, and the Office for Health and Wholeness Advocacy, United Church of Christ.