Learn about divesting, and consider investing in renewables. Read more…

In recognition of the urgent need to address the intertwined crisis of climate and inequality, the UCC Council for Climate Justice has defined the next ten years as a kairos window of divine opportunity in which people of faith are called to an all-out mobilization of their gifts and resources. Over the course of ten weeks, the council will offer a weekly suggested action for how churches and institutions can mobilize during this critical period. Here is the sixth suggested action: 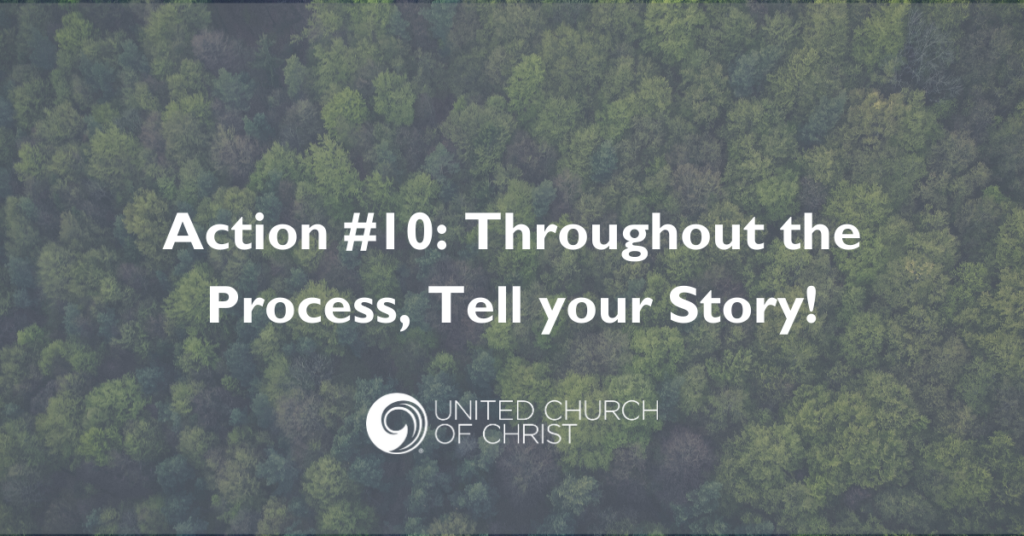 10) Throughout the process of mobilizing, tell your story!  Be it media, church newsletter, or... 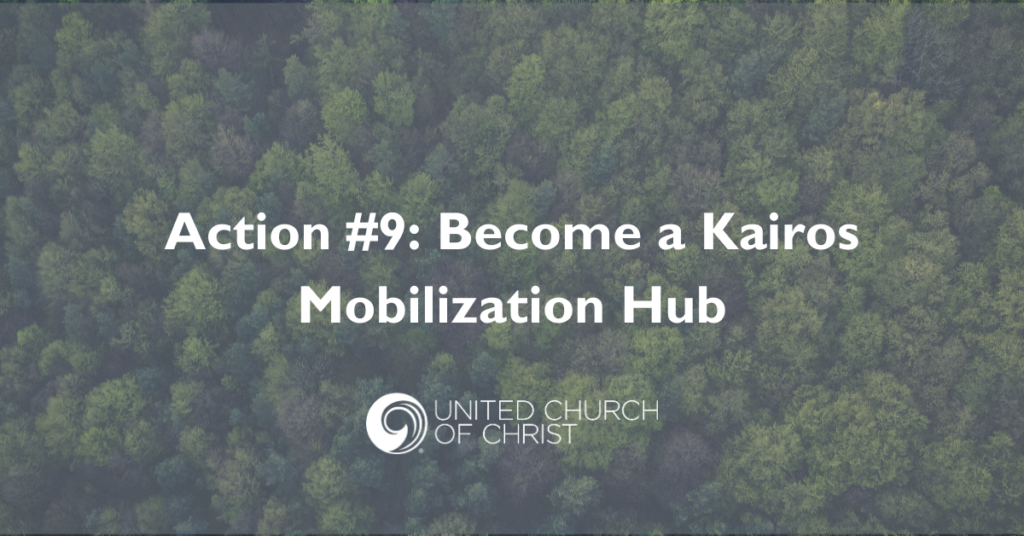 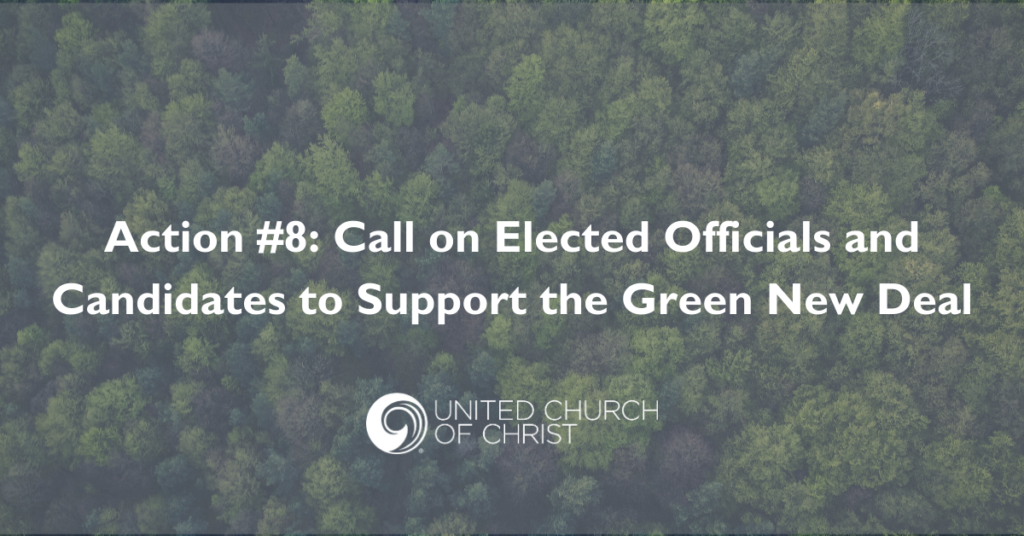