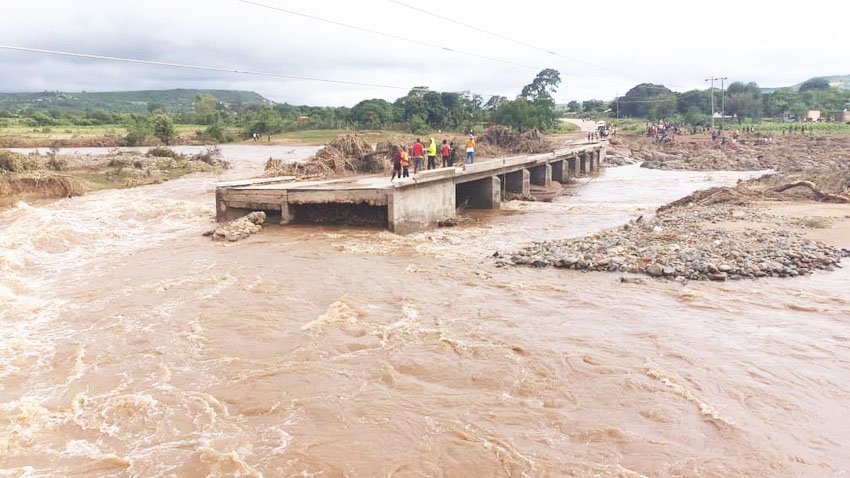 On the night of 14 to 15 March Tropical Cyclone Idai made landfall near Beira City, Sofala Province, in central Mozambique. The cyclone brought torrential rains and winds to Sofala, Zambezia, Manica and Inhambane provinces. Cyclone Idai continued across land as a Tropical Storm and hit eastern Zimbabwe with heavy rains and strong winds. The storm caused high winds and heavy precipitation in Chimanimani and Chipinge districts causing riverine and flash flooding and subsequent deaths, destruction of livelihoods and properties. leaving more than 600 people dead and an estimated 1.85 million people in need in Mozambique alone.

On 24 April, Tropical Cyclone Kenneth passed north of the Comoros Islands, hitting the northern island of Ngazidja. On the evening of 25 April, the cyclone made landfall in Mozambique between the districts of Macomia and Mocimboa da Praia in Cabo Delgado province. With wind gusts of up to 220km/h, Tropical Cyclone Kenneth became the strongest cyclone to ever hit the African continent. Southern Tanzania and eastern Malawi have also received rains caused by the weather system.

It is the first time in recorded history that two strong tropical cyclones have hit Mozambique in the same season.

Rev Lucas Ammos, President of the United Church of Christ Mozambique, wrote, “Cyclone Kenneth destroyed everything that was left after Cyclone Idai. We do not know how we shall survive.  Only God knows.  We ask your prayers for the many broken hearts.   There are people who do not know where to go or how to start rebuilding their lives. We are in a real crisis.”

Cyclone Idai. As of 9 April, the official death toll caused by Cyclone Idai stands at 602 people, with more than 1,600 people injured, according to the Government. Many people are displaced, and communicable diseases are on the rise. Of particular concern are cholera and malaria. An oral vaccination campaign reached over 800,000 people by early April 2018. Many schools are damaged or used as shelter for displaced people. Humanitarian partners continue to call for any relocations out of schools or elsewhere to be safe, dignified and voluntary.

Cyclone Kenneth. The cyclone hit Mozambique more north than Cyclone Idai, with Quissanga, Macomia, and Ibo districts in Cabo Delgado hardest-hit, according to preliminary government reports. At least one death has been reported and 18,029 people were displaced to accommodation centres, according to the National Disaster Management Institute (INGC). (As of May 12, the number of people sheltering in accommodation centres had reduced to 3,130 people in eight sites.) Cyclone Kenneth made landfall at the end of the rainy season, when river levels were already high, increasing the risk of river flooding. Humanitarian needs in Mozambique have sky-rocketed, and the humanitarian response will need to rapidly scale-up while capacity and funding are limited.

Nearly 45,000 houses have been either partially destroyed (22,042 houses) or totally destroyed (22,865) in the two provinces; 84 per cent of which (37,748 houses) are in Cabo Delgado province. More than 1,400 houses remain flooded, according to the Government. Nearly 41,700 school-age children in Cabo Delgado have been impacted by the destruction of 480 classrooms either partially (291) or completely (189), in addition to the occupation of schools by displaced people.

Food insecurity remains a major concern due to the destruction of planted crops (rice, beans, maize, and cassava) and loss of pre-cyclone harvests that were either washed away or spoiled and not fit for human consumption. At least 55,351 hectares of crops were affected by the cyclone; 40 per cent of which (28,189 crops) were completely destroyed. 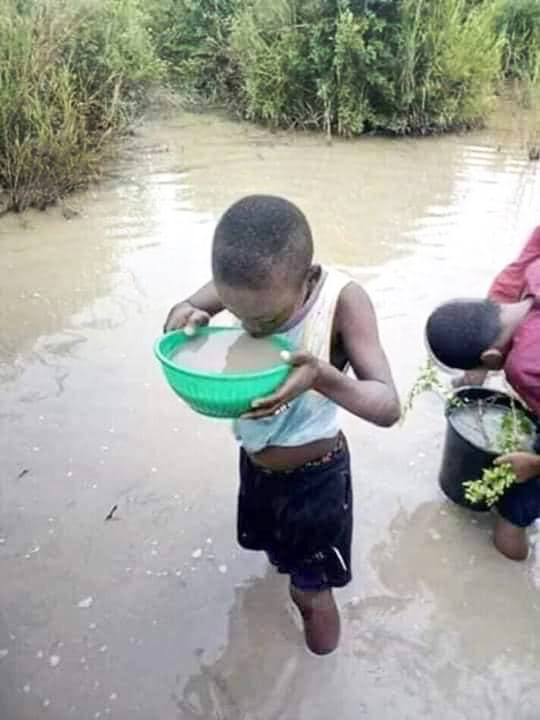 In early March, heavy rains and flooding linked to Cyclone Idai killed 60 people, displaced nearly 87,000 people and affected nearly 870,000 persons. The Government of Malawi declared a ‘state of disaster’ on 8 March and subsequently launched a Flood Response Plan and Appeal on 28 March to support life-saving humanitarian interventions in 15 affected districts. Humanitarian partners and the Government of Malawi have reached over 400,000 persons with immediate life-saving relief support which includes food, medicine, shelter, protection services and other non-food-items such as water, sanitation and hygiene supplies. As of 26 April, the flood response plan appeal has received US$ 25.6 million funding contributions and pledges out of a total requirement of US$ 45.2 million. A Post Disaster Needs Assessment (PDNA) has been undertaken by the Malawi Government, UN, World Bank and European Union to assess damages, losses and priority recovery needs and costs. The data and information collected will inform the Government’s recovery plan.

On 16 March, Cyclone Idai hit eastern Zimbabwe with heavy rains and strong winds. The storm caused high winds and heavy precipitation in Chimanimani and Chipinge districts causing riverine and flash flooding and subsequent deaths, destruction of livelihoods and properties. The homes of at least 4,000 households are destroyed or currently uninhabitable. The seven districts affected by Cyclone Idai- Chipinge, Chimanimani, Buhera, Bikita, Mutare, Gutu, and Chiredzi – multisectoral support will be required to speed recovery. The livelihoods of over 270,000 people across these districts has been affected. Those lviing in Chipinge and Chimanimani districts are worst hit.

The UCC has begun its early response and planning for recovery with partners, and has issued an emergency appeal, seeking to raise $200,000 to increase the International Emergency Relief Fund to respond to disasters around the world, including in Mozambique, Zimbabwe and Malawi, left reeling by Cyclone Idai on March 15 and Cyclone Kenneth on April 24.

– $50,000 has been granted through ACT Alliance to partners in Mozambique, Zimbabwe and Malawi who have extensive knowledge and experience in responding to emergency situations, and responses in the sectors such WASH, Protection and Psychosocial support, health and nutrition, CASH, livelihood and early recovery.

– $3,000 has been granted the United Church of Christ of Mozambique for emergency relief, including three months’ community food aid, school supplies for children and reconstruction materials.

– An additional $3,000 has been sent to the United Church of Christ of Mozambique to assist with meeting immediate needs for temporary shelter in churches that suffered only minor damage, along with clothes, medical supplies, food and water for impacted communities.