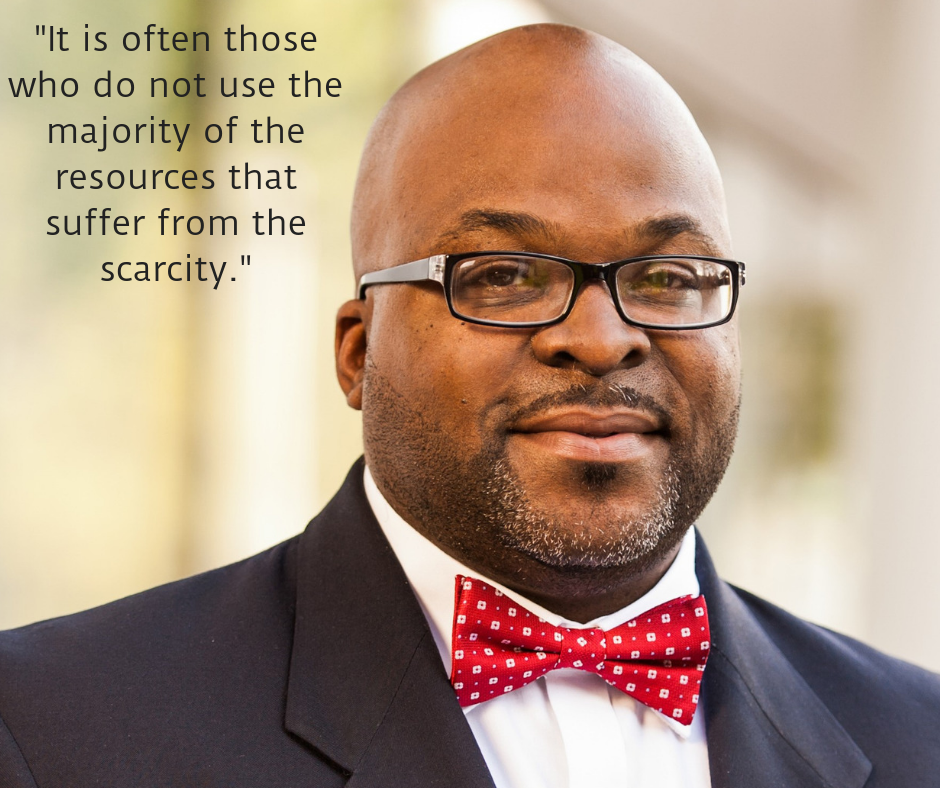 The fight for our children's inheritance is going on trial.  Juliana v. US and has been dubbed as, "The Trial of the Century." It is the Children's Trust trial that was filed in Oregon in 2015. This trial is 21 youth from the age of 10-21. This lawsuit is over the climate and the inheritance of future generations. Yes, I did say inheritance. I don't use this term loosely. I use this term in its truest definition. Inheritance is something passed down. It is a word that challenges us to take a long look at how we are looking at the generations that will come up behind us. They are asking the question, "What will you leave us?" This question also speaks to a deeper issue of us being governed by our base instincts. These base instincts are governed by greed.

Greed has caused us to over-consume, and our over-consumption is destroying our future generation's inheritance. This instinct calls for us to have more than enough which is using up our natural resources faster than can be replenished. Through my studies, I've discovered that this deficiency creates scarcity in resources which causes climate migration. Climate migration causes conflict. This raises the question, what are we leaving for the generations coming behind us? In 1 Timothy 5:8, it states, Anyone who does not provide for their relatives, and especially for their own household, has denied the faith and is worse than an unbeliever (NIV). The lack of leaving an inheritance is a moral issue. My Christian understanding states that God is concerned about the welfare of generations. God is equally concerned with waste.

During the feeding of the five thousand men, not including women and children, Jesus tells his disciples to take up the pieces that were left over and not to waste anything. Using this narrative in the book, Caring For All Of God's Creation, Richard L. Daake and D. Darek Jarmola surmise that "God is not wasteful; God expects us to be prudent and frugal in our use of resources; wasteful, wanton use of resources is contrary to a biblical way of life; all resources are precious, not to be thrown away without thought for tomorrow or for the needs of others; and we are to handle excess resources wisely and carefully even if they are waste." In an age where bigger is better, we are left with the situation that we are in. A situation that has us staring in the desperate eyes of 21 youth who are asking their government and us, what will you leave us? Unfortunately, at the rate we're going, our answer can only be, "nothing."

While I was in seminary it was pointed out to me that resources run out. Not only do resources run out but with 20% of the people in developed nations consuming 86% of the world's goods and 12% of the world's population using 85% of its water, we find that it is often those who do not use the majority of the resources that suffer from the scarcity. Right now, we have generations unborn who are in line to suffer from the devastation that we are leaving behind. This is wrong and must be corrected without delay. It must be corrected because it is our obligation and mandate from the Creator to care for Creation, as well as, it must be corrected because future generations depend on it. Therefore, we stand with the 21 youth that are suing the United States Government asking for protection of their inheritance.

After several delays and hearings to have the case dismissed it was ruled upon that the trial is moving forward. We as faith leaders and people of faith intentionally stand where the Creator is located. We believe that the Creator is with the youth therefore, WE ARE WITH THEM.

The Rev. Michael Malcom is the Senior Pastor of Rush Memorial Congregational Church UCC in Atlanta and the Executive Director for Alabama Interfaith Power & Light. He co-hosts the monthly Creation Justice Webinar Series.

Learn about Justice for #EachGeneration, the call for a thousand sermons to support of the youth taking the federal government to court