The current U.S. Refugee Resettlement Program was designed by the United States Refugee Act of 1980, signed by President Reagan. The President determines through executive order the maximum number of refugees the United States can accept each year (the governmental fiscal year runs Oct. 1st– Sept. 30th). This number determined by the President does not include asylum-seekers or those who come under a Special Immigrant Visa– a program for, among select others, individuals who served as translators or worked for the U.S. military in Iraq and Afghanistan and thus need to be resettled in order to stay safe. There is no maximum number of asylum-seekers the U.S. can receive each year, as the process of asylum is, by default, a legal option related to an emergency need for protection when there is no other way to find safety. 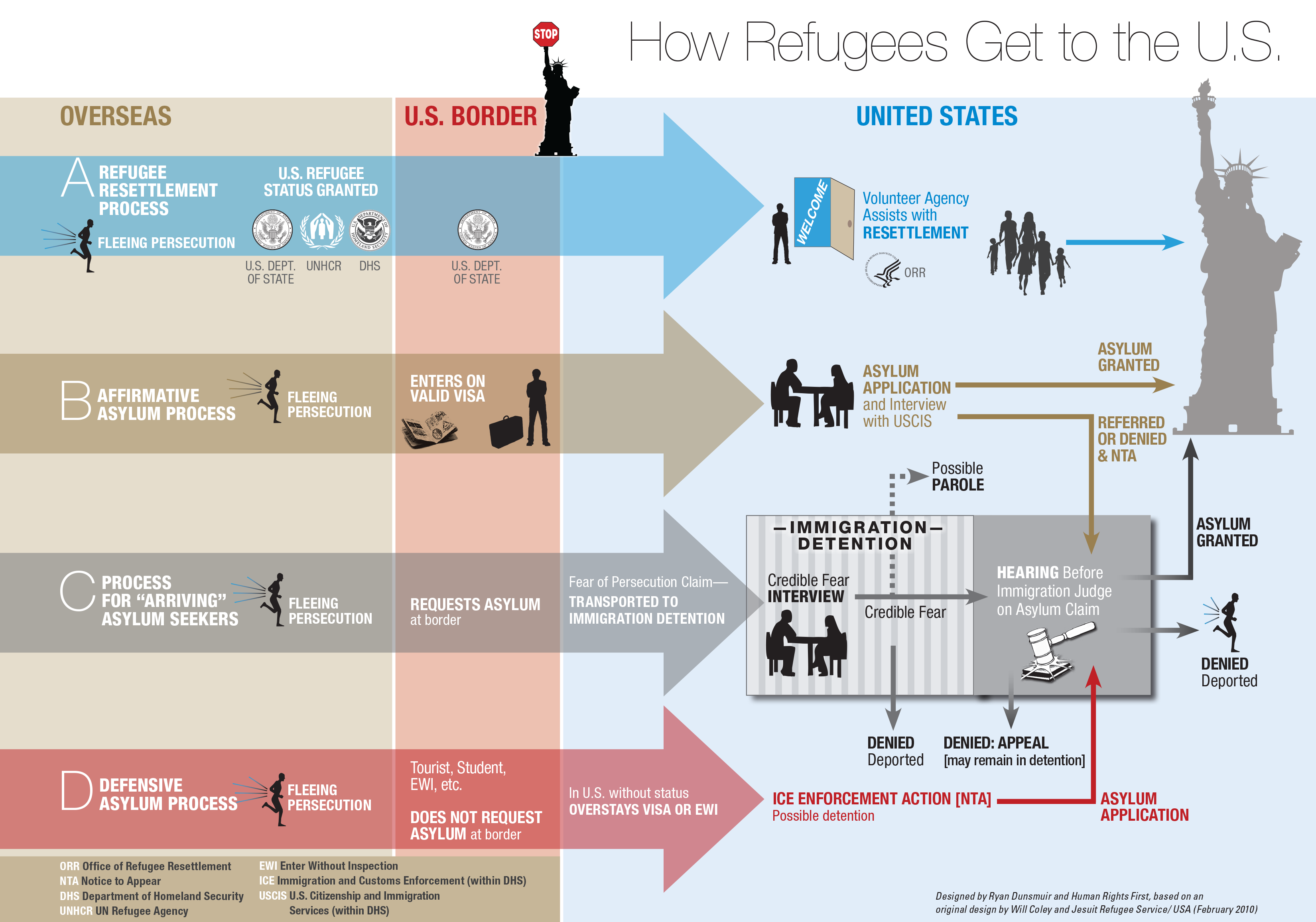 If you missed the lastest Asylum Seeker Accompaniment Webinar do not fret. We’ve uploaded the video online for you to watch. This webinar was brought to you by Amanda Sheldon, Program Associate for UCC Refugee & Asylum Ministries and Rev. Noel Andersen, UCC National Collaborative on Immigration in an effort to create a document for churches to use on asylum seeker accompaniment.

“Over the past year and a half, the number of asylum seekers arriving in the U.S. has increased significantly, and faith and community groups across the country – including numerous United Church of Christ churches – have taken the faithful step to offer care and welcome to those seeking protection. This webinar covers the basics of how to do asylum accompaniment while providing a space to share expertise and experience from congregations already deeply engaged in this work. Additionally, this webinar precedes the release of the UCC Asylum Accompaniment Toolkit to help walk churches through a new or on-going ministry of accompanying asylum seekers. This toolkit will be published shortly. Justice and Local Church Ministries and Wider Church Ministries are proud to collaborate on this webinar and to support our sisters and brothers around the country doing the work of welcome.” -Amanda Sheldon 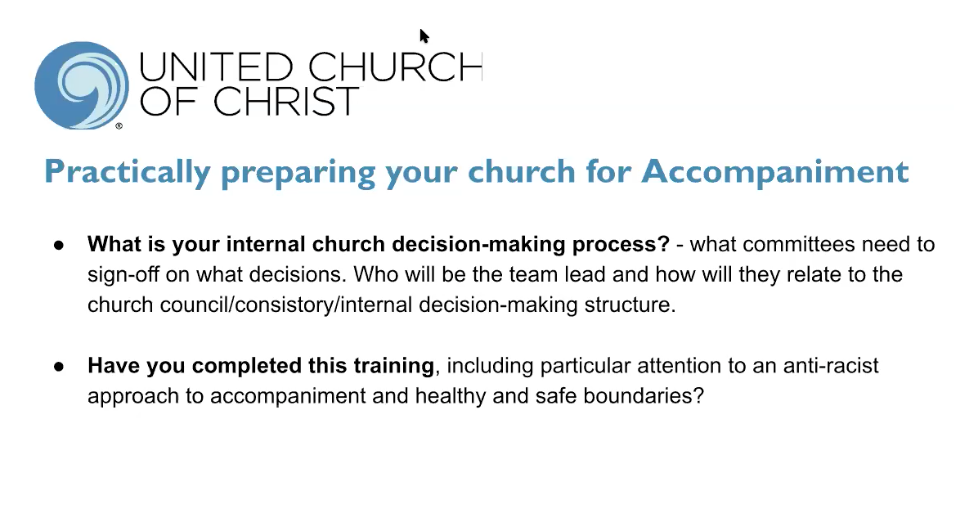