In a way, the United Church of Christ and its sisters and brothers in Puerto Rico never parted. Their common work today ranges from building a mission center to camp exchanges. Their common heritage, more than a century old, is visible in things like a hospital, a seminary and a commitment to justice for Puerto Rican political prisoners.

But there was a pause in their partnership, more than a decade ago. Now that breach is formally on its way toward healing. 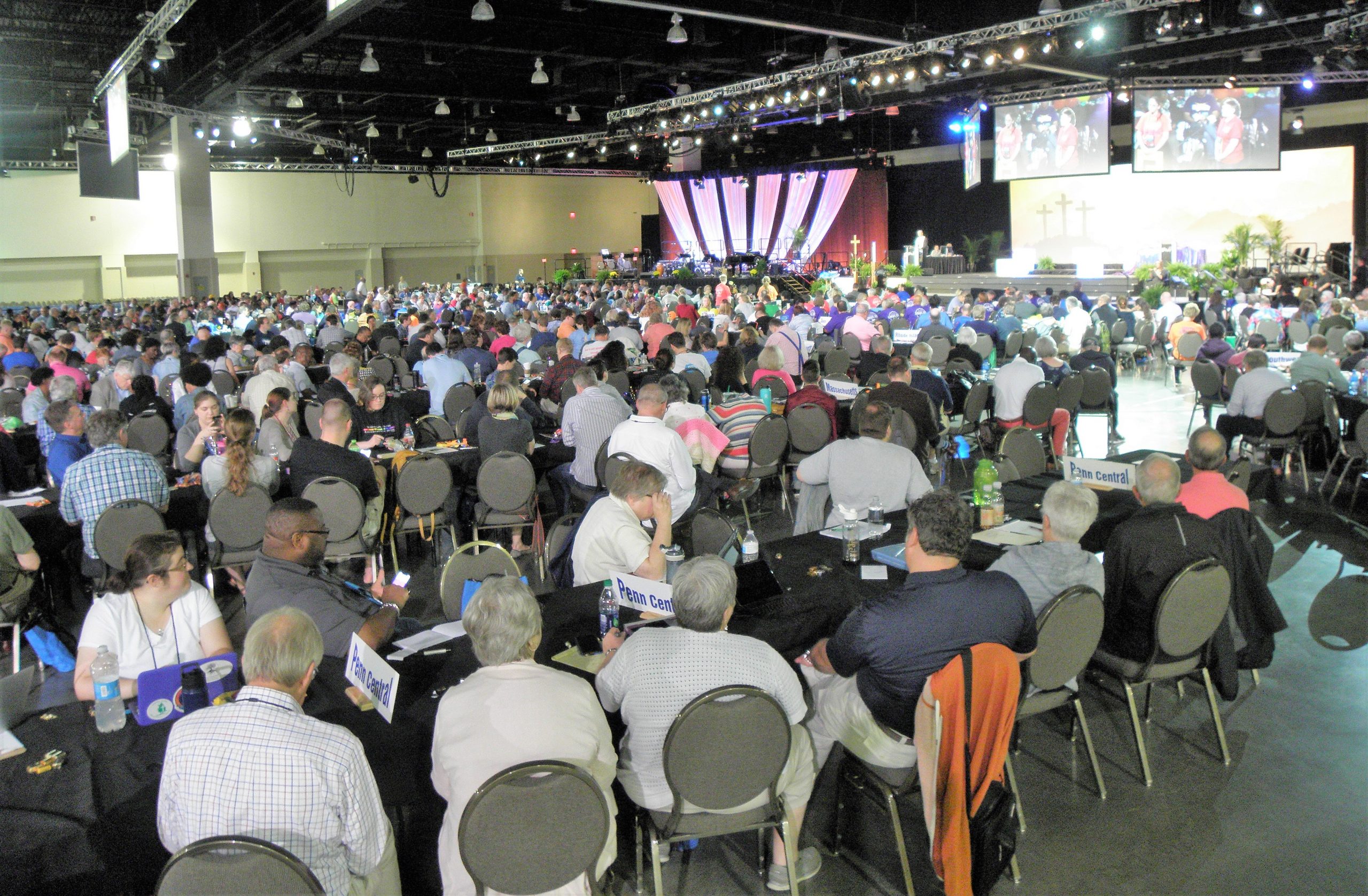 This summer the UCC General Synod passed a resolution recognizing “a new ecumenical relationship” between the two. With similar actions already passed by the churchwide assembly of the Iglesia Evangelica Unida de Puerto Rico, the churches will now form a joint committee to work toward “visible unity” and “the closest possible relationship while each church retains its autonomy.”

The IEUPR, for many years a Conference of the UCC, dissolved that relationship after a 2005 General Synod vote that favored marriage equality. The IEUPR voted to leave in 2006 and the UCC acknowledged that departure in 2007. Since then, both churches have expressed regret over how it all happened.

“It was widely assumed by members of the UCC that the [marriage equality] resolution was the primary, if not the sole reason, for the departure,” said UCC Associate Minister James Moos, who took part in extensive leadership meetings between the two churches that led to this summer’s Synod action. “While there were disagreements as well as misunderstandings around the resolution, the IEUPR communicated to the UCC that the longing for autonomy was central to its decision to leave the UCC. The relationship between the UCC and IEUPR was formed in a colonial model that perpetuated patriarchy.” 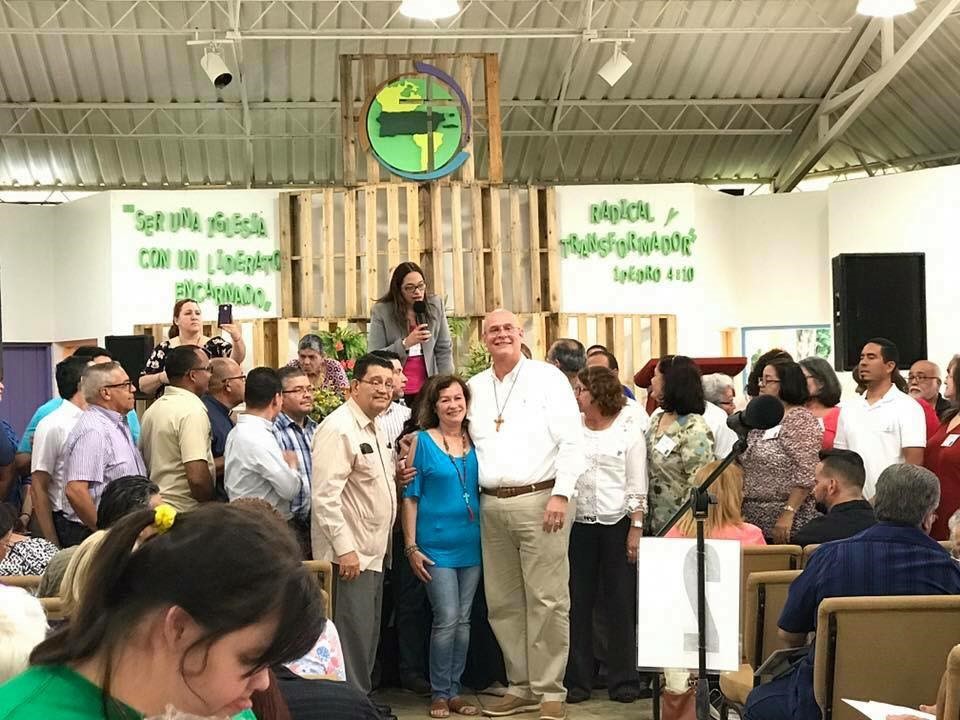 Since leaving, the IEUPR’s churchwide assembly has passed two resolutions expressing its interest ecumenical relationships around the world. From 2012 to 2018, a conversations and visits between officials of the two churches helped move the process forward. The IEUPR named the UCC in a 2015 resolution seeking relationships framed in mutuality, respect and Christian unity.

In this series of conversations, UCC leaders “heard the concerns that were present for the IEUPR that went unheard in 2005, in the absence of adequate conversation before or after the two churches separated,” this summer’s Synod resolution said. “…Many who were strong advocates for leaving the UCC expressed their regret for the way in which the separation happened. For its part, members of the UCC named their lament and apology as well for the lack of adequate communication and the length of time that transpired before overtures were made to hear the concerns of the IEUPR. … Both sides determined it was time for intention in mending the breach of relationship.”

“The United Church of Christ has a rich history of seeking and mending relationships,” said the Rev. Clare Twomey of Colorado Springs, Colo., in presenting the resolution on the Synod floor. She is pastor of Vista Grande Community Church, UCC, and chaired a committee of delegates that studied the resolution. She asked the Synod to accept the invitation from the IEUPR and approve the resolution “in the mandate to love our neighbors and in the spirit of reigniting rich potentiality.” 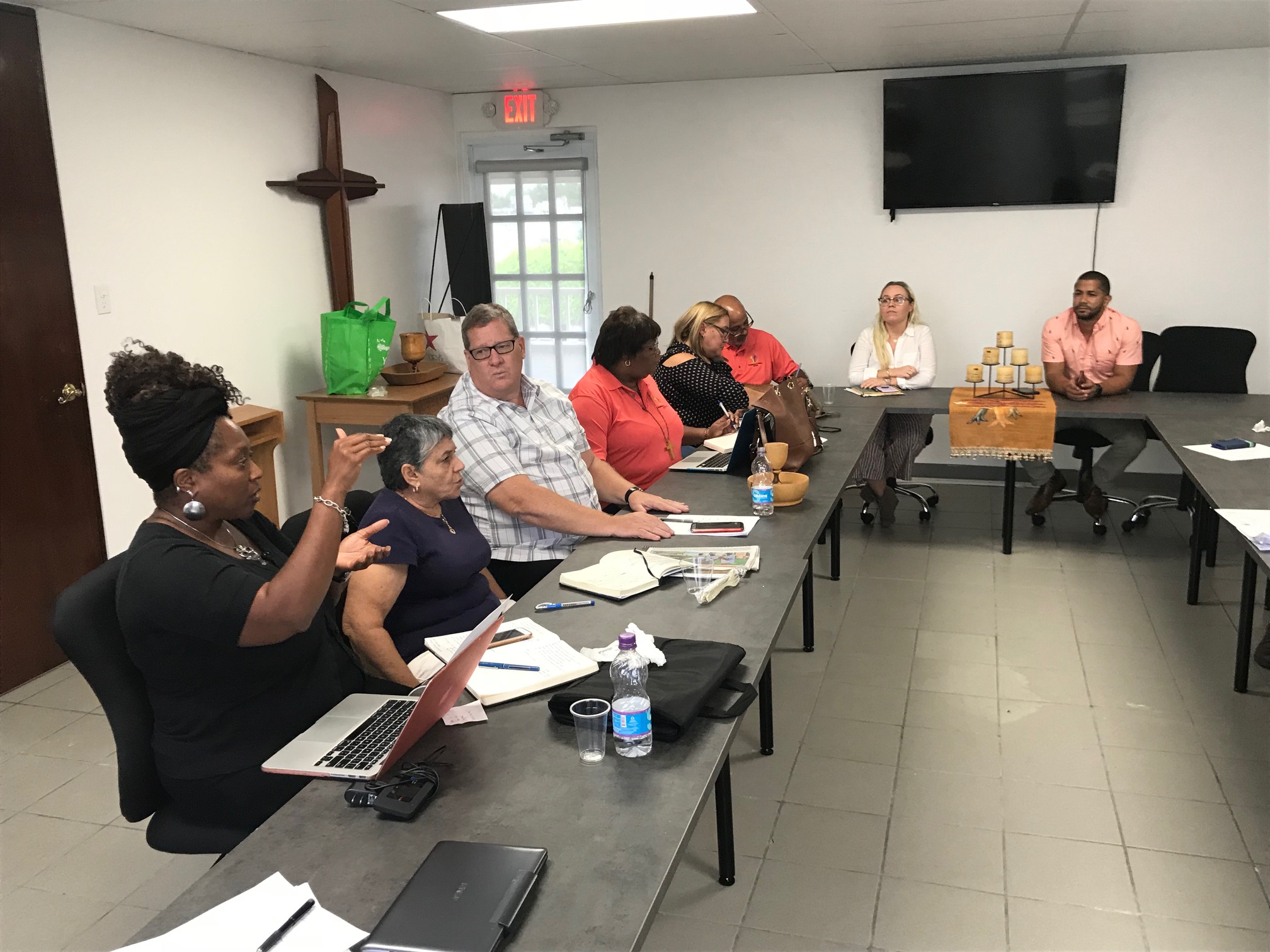 The resolution asks the joint UCC/IEUPR committee to return to the 2021 Synod with “recommendations for further steps and activities” in the partnership.

“Undoubtedly, there is an important complexity in the interaction of two autonomous churches wanting to build community around the table,” said the Rev. Edward Rivera Santiago, pastor general of the IEUPR, during the 2018 conversations. He knows the UCC well, having served as pastor of a local church in Cleveland; as a minister of evangelism for local church development and renewal in the early 2000s with what was then the United Church Board for Homeland Ministries; and as Conference Minister when Puerto Rico was a UCC Conference. “They must be two intertwined equal actors. This requires a profound exploration of the willingness to affirm this partnership journey.

“Both churches must have a clear understanding of their identities in order to be able to share them. To attain this, we require a revision and analysis of each other’s history, without ignoring the complexity of this process. Acknowledging it, helps to build trust. We must be willing to be self-critical and be able to criticize each other. The new relationship must affirm a co-responsible model of interaction.

“In addition, a clear and profound process of communication is needed. Mutual respect is key to acknowledging our mutual gifts and sensibilities. Our greatest challenge is to be able to offer our churches a radical testimony of mutuality and ecumenism. Together we will establish how our relationship will become in the near future.”

Drew Page, Digital Media Editor for the Connecticut, Massachusetts and Rhode Island Conference, UCC, a member of the General Synod newsroom staff, contributed to this story.