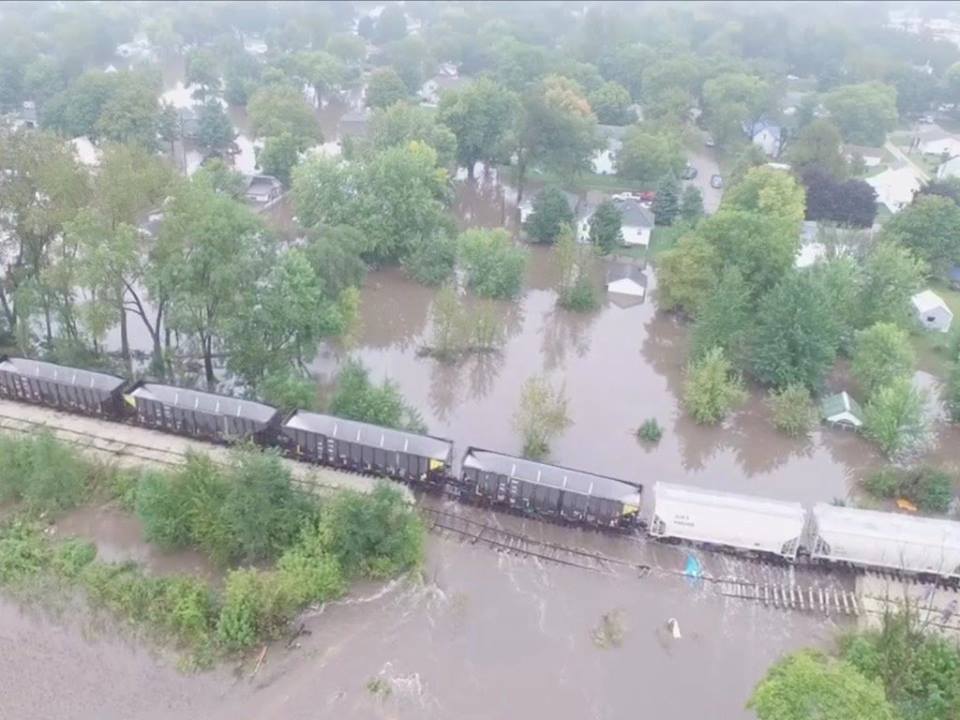 Heavy rain that started in mid-September and the resulting flooding are causing tremendous damage in Iowa. More than 30 inches of rain in two weeks have caused several rivers to overflow their banks, beginning in the northeast and rolling south toward Cedar Rapids and other cities.

Among affected communities is Clarksville, Iowa, population 1,400, where 150 homes have been severely damaged and soybeans and corn crops have been washed out before farmers could harvest them - likely a devastating loss on top of already depressed prices.

"If we are going to be God's hands in the world, we better be looking out for each other," said the Rev. Linda Myren, interim pastor.

She said the grant will help the congregation purchase $50 grocery, gas and thrift shop clothing gift cards - one of each per household according to need.

The 220-member congregation also is taking turns with three other churches in town to offer a nightly hot dinner for flood-affected families. It is making the parsonage available to flood-displaced people to come shower and do laundry.

The church refuses unsolicited donations of material goods, but notes specific needs of affected families and then publicizes those specific needs.

While Immanuel UCC is extending all help to members and non-members alike, the congregation has tallied the flood emergency's toll on its members.

Brice Hughes of Burlington, Iowa, is UCC Iowa Conference Disaster Coordinator. He said he had publicized the availability of UCC Disaster Ministries solidarity grants to all UCC Iowa churches in flood-prone areas - and reminded all churches in the conference of the UCC's broad program of support for long-term recovery following disaster.

"It's a long process, especially after a flood," Hughes said. "It takes a long time to assess the damage, identify unmet needs and rebuild."

He said he expects the conference will be recruiting volunteers to help households "muck out" before freezing temperatures take hold in late October-early November.

For its part, UCC Disaster Ministries plans to continue to coordinate with the conference to support both immediate and long-term needs.

Clarksville, Hughes said, has suffered "one 'once-in-a-lifetime' disaster after another," including two major floods, a tornado and an ice storm, all since 2004. Commented Myren, "The community is getting to be very good at disaster relief, but people are tired.

"Thankfully, in this latest flood, no one was killed, and no one was hurt badly. We will pick up. We will just need a lot of help."

Support UCC Disaster Ministries response to this and other U.S, disasters through the Emergency USA Fund.