UCC Officers call for prayer, fasting for peace during Epiphany 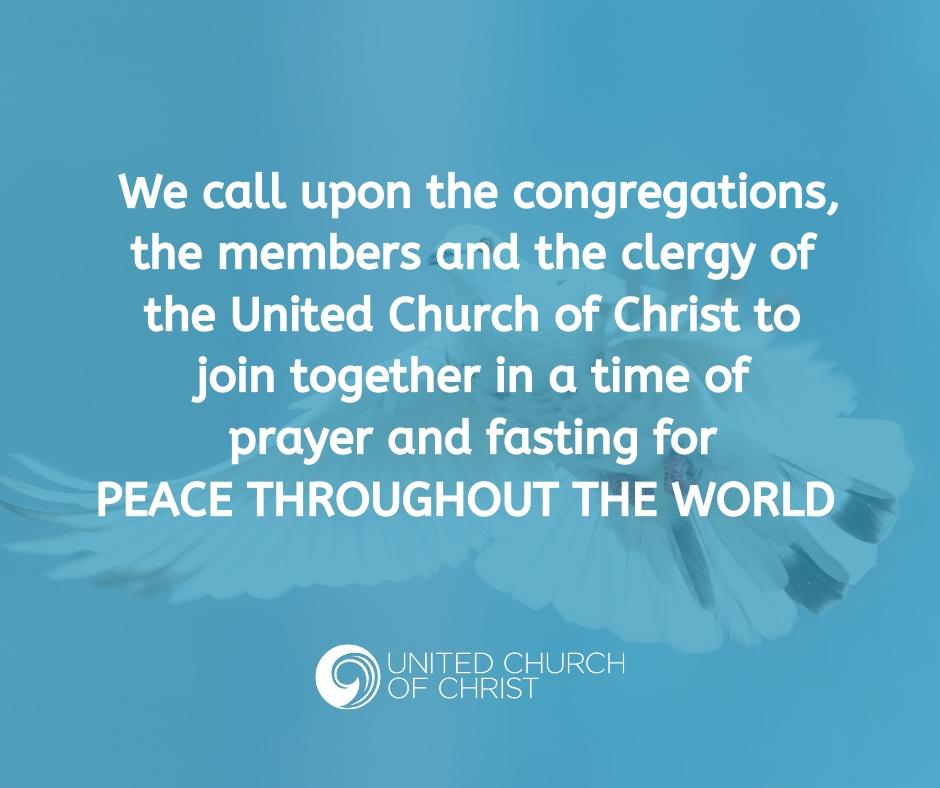 When the song of the angels is stilled,
When the star in the sky is gone,
When the kings and the princes are home,
When the shepherds are back with their flocks,
The work of Christmas begins: To find the lost,
To heal the broken,
To feed the hungry,
To release the prisoner,
To rebuild the nations,
To bring peace among people,
To make music in the heart.
Howard Thurman

“To bring peace among the people” – such is the calling of the disciples of the one we know as the Prince of Peace.

Having celebrated Christmas and the birth of Jesus, now preparing for the season of Epiphany, we call upon the congregations, the members and the clergy of the United Church of Christ to join together in a time of prayer and fasting for peace throughout the world.

Threats to that peace are numerous and can be felt in all corners of the globe. Today especially we are mindful of the global unrest ensuing given the latest actions of the United States and Iran. Both governments have taken steps that the other could determine to be an act of war – a war this world does not want, does not need and will not win. It is a war that many fear, once started, could trigger disasters felt in every part of the world.

We are calling on all affiliated with the United Church of Christ to use this prayer either in worship or in their personal prayer life during the season of Epiphany as a means of advocating for peace in these days.

We also invite all who are willing and able to commit to a day of fasting for peace – a personal commitment of spiritual practice and discipline centering on the mindfulness that makes for peace between peoples and nations.

Please also feel free to contact your elected representatives and let them know that you are participating in a time of prayer and fasting for peace and would encourage them to use the power of their office to do what they can to avoid any further escalation which could lead to war.

In the words of a beloved hymn, “Let there be peace on Earth, and let it begin with me.”

Your humble servants in Christ,

Categories: Column From the Officers United Church of Christ News