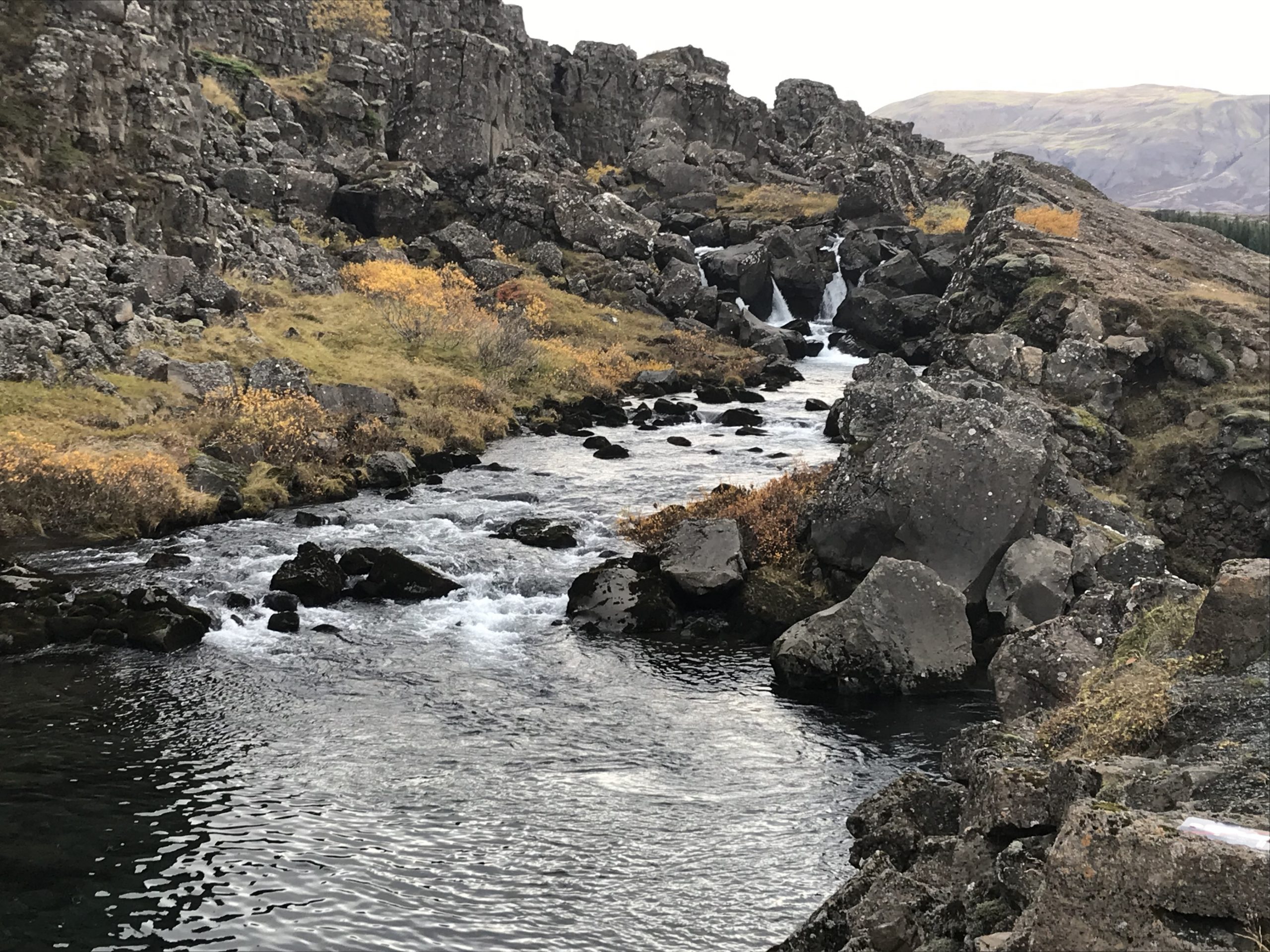 The world is waking up to the critical role people of faith, congregations and faith leaders must play if humanity is to avoid the most catastrophic consequences of climate change. I experienced this first hand in early October, when I represented the UCC at the 2019 Arctic Circle Assembly, a gathering in Reykjavik, Iceland of about 2,000 diplomats, scientists, business leaders, innovators, indigenous peoples’ representatives and now, faith leaders.

Bishops and religious leaders from the Nordic countries, the United States and Canada gathered with scholars, artists, holistic health practitioners, environmental activists and representatives from environmental organizations including the United Nations Environmental Program’s Faith For Earth initiative prior to the Assembly. We agreed on a statement focusing on the need for people of faith to take collective action with their communities to address climate change.

At the Assembly, heads of state – the leaders of the governments of the arctic countries – discussed the climate crisis and environmental degradation, noting that micro-plastics are now found in 51% of the stomachs of arctic birds. I was not surprised to hear their commitments to sustainable clean energy in the next 10-15 years. 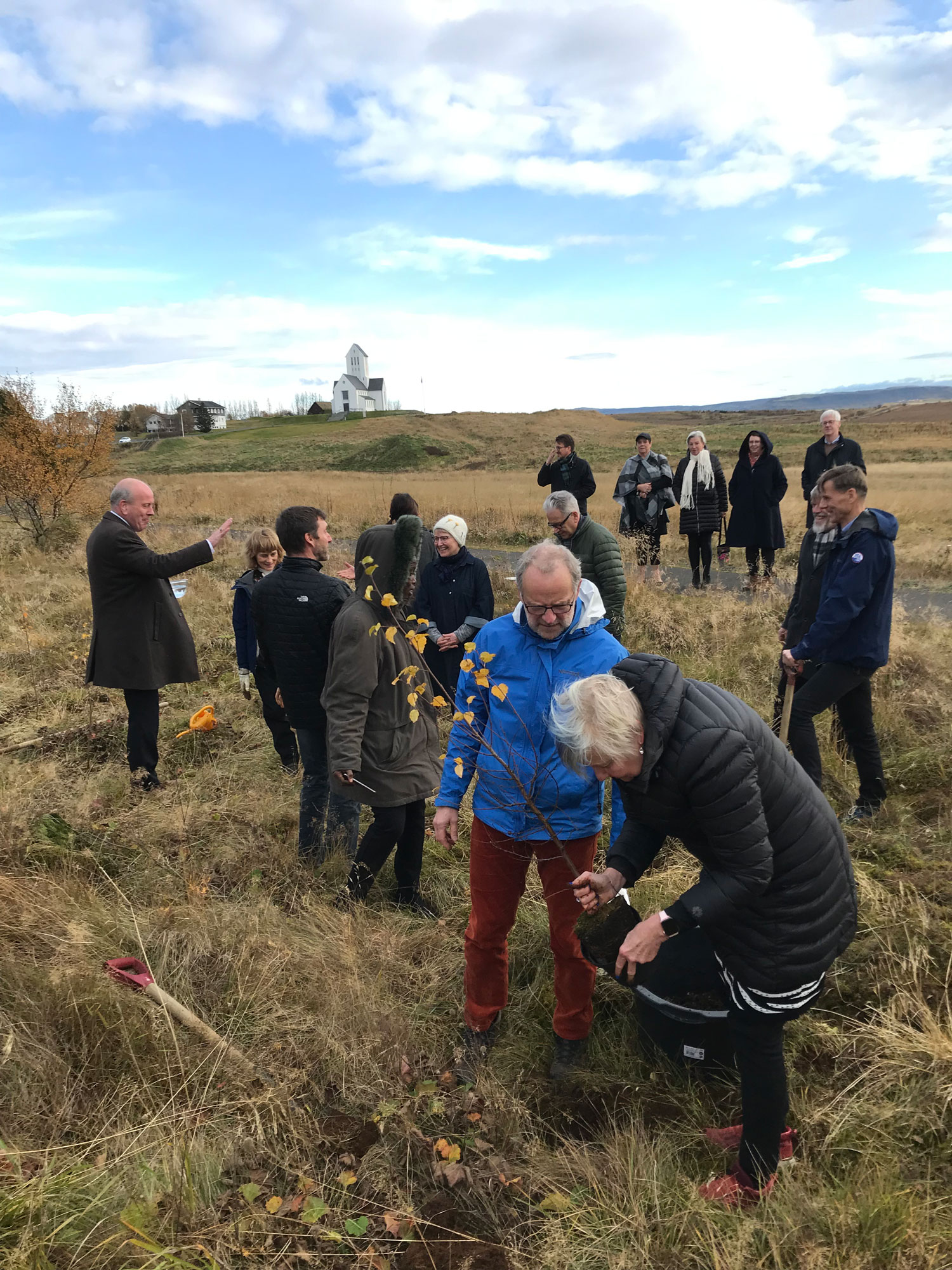 I was pleasantly surprised to hear former Senator John Kerry’s moving keynote. He embraced the necessary transformation outlined in the Green New Deal without once referring to it, citing the same concerns and opportunities our 2019 Synod considered when it passed a resolution by 96% endorsing the Green New Deal.

Bishop Mark MacDonald, National Indigenous Anglican Bishop for the Anglican Church of Canada, gave a brilliant presentation, focusing on the essential need for countries to draw upon the wisdom of indigenous people, whose teachings offer the insights we need to live with nature in a sustainable way.

Addressing the audience as “relatives,” MacDonald noted that for 22 years, one of his primary duties has been “to speak for and from the living relationship between Indigenous Peoples and the land.” He noted that approximately a quarter of the world’s usable lands are under the guardianship of Indigenous Peoples. He referred to the Arctic as a “prophetic place,” revealing “a present reality… that is threatening the well-being and future of both our children and our planet.” He described the choice before us as both a political and a spiritual choice between life and death. On the one hand we can have “a better life for all, a path of economic justice, Indigenous empowerment, and what the Pope has called integral ecology, the relatedness of all things.” On the other hand, we may choose “an unsustainable life, ordered by a globalized culture of money – a culture that has shaped our hearts and minds to understand only the logic of money.”

He went on to observe that “the same forces that are now deforming our planet our also destroying our soul, individually and communally” and he called for courageous and visionary leadership that demonstrates conscientious dedication to love and wisdom. He detailed the church’s role in colonization, and then offered a road map for how the church can support indigenous communities and learn from their wisdom.

His conclusion serves as a call to us all. “The Land, the People of the Land, the whole of the planet demand that we show what we are at our very best: courageous, compassionate, and visionary.” And if we take up this call, “the Arctic will appear, not as the ultimate margin of civilization, nor as an emerging center of profit, but as the center-point of a renewed humanity.”

From the moment I landed in Iceland, I experienced it as a “thin place,” where the stark and staggeringly beautiful surroundings bear silent witness to the wonder and power of creation. But as the land and water invited me to touch the Holy, I could not ignore the groans of creation. I was grateful that the communities with which I met made clear their life-long commitment to heal the earth, and I return to the U.S. to continue to add to their number.

The Rev. Jim Antal, former Massachusetts Conference Minister and author of ‘Climate Church, Climate World,’ serves as the special advisor on climate justice to the UCC General Minister and President.