UCC leader to Climate Leadership Summit: The Church is a Steward of God’s creation 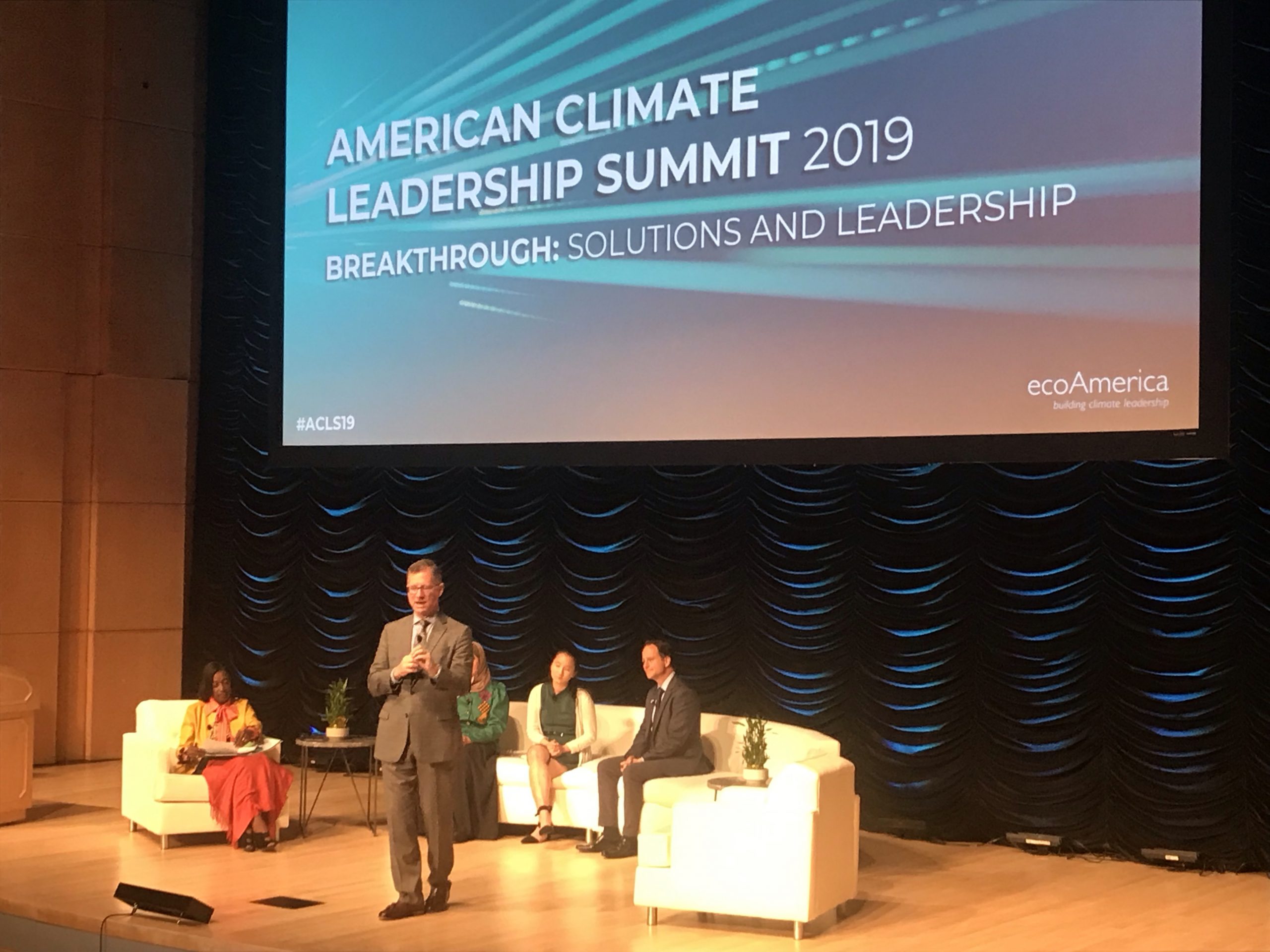 The General Minister and President of the United Church of Christ took the stage at the American Climate Leadership Summit (ACLS19) on Thursday, calling on people of faith to be stewards of, not minions over, God’s creation.

“The UCC has long been committed to the work of justice,” Dorhauer said. “If we can’t resolve this issue around climate change, it will resolve all other justice issues for us. Our singular vocation should be the restoration of the planet.”

The UCC leader shared the denomination’s dedication to the 3 Great Loves campaign (Love of Children, Love of Neighbor, Love of Creation), noting how sharing stories — which detail UCC congregations involvement in earth care and advocacy around climate action — has become a powerful tool in prompting and encouraging new ministries. 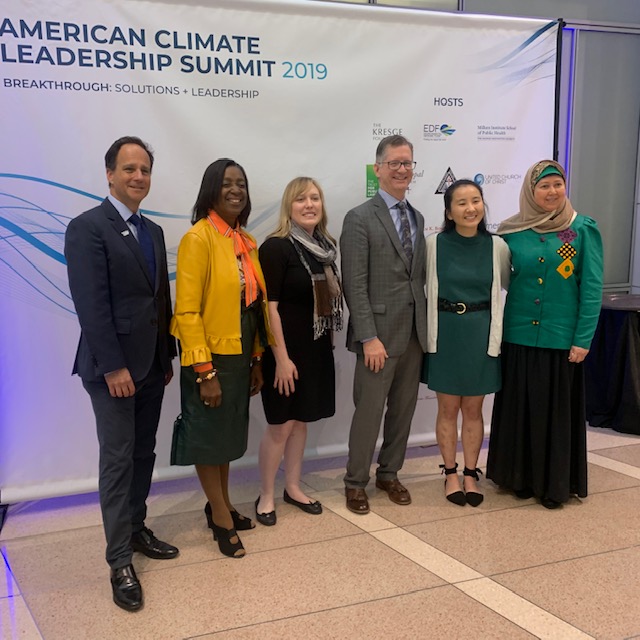 Huda Alkaff, founder and director of Wisconsin Green Muslims, said that “a faith voice needs to be integrated into the ecological voice.” The grassroots environmental justice group she formed in 2005 works to connect faith, environmental justice and sustainability to education and service. Her group partners with different Islamic Centers in their areas of interest around clean air, clean water, solar energy and efficiency.

Rabbi Jonah Dov Pesner, director of the Religious Action Center of Reform Judaism, said faith communities can be successful organizing their people power to have an impact on climate change — “you start by meeting people where they are,” making connections around environmental issues they are struggling with in their locales.

By taking the lead on climate solutions, “faith leaders can have a really powerful moral voice,” said Anita (Ani) Fête Crews, director of ecoAmerica’s Blessed Tomorrow, a coalition of diverse religious partners working to advance climate solutions in faithful service to God. Fête Crews said Blessed Tomorrow offers tools, training and research to help support those ministries. “We want to help congregations think about their houses of worship as a place of refuge, how we can increase bearing witness, telling our own stories with national decision makers.” 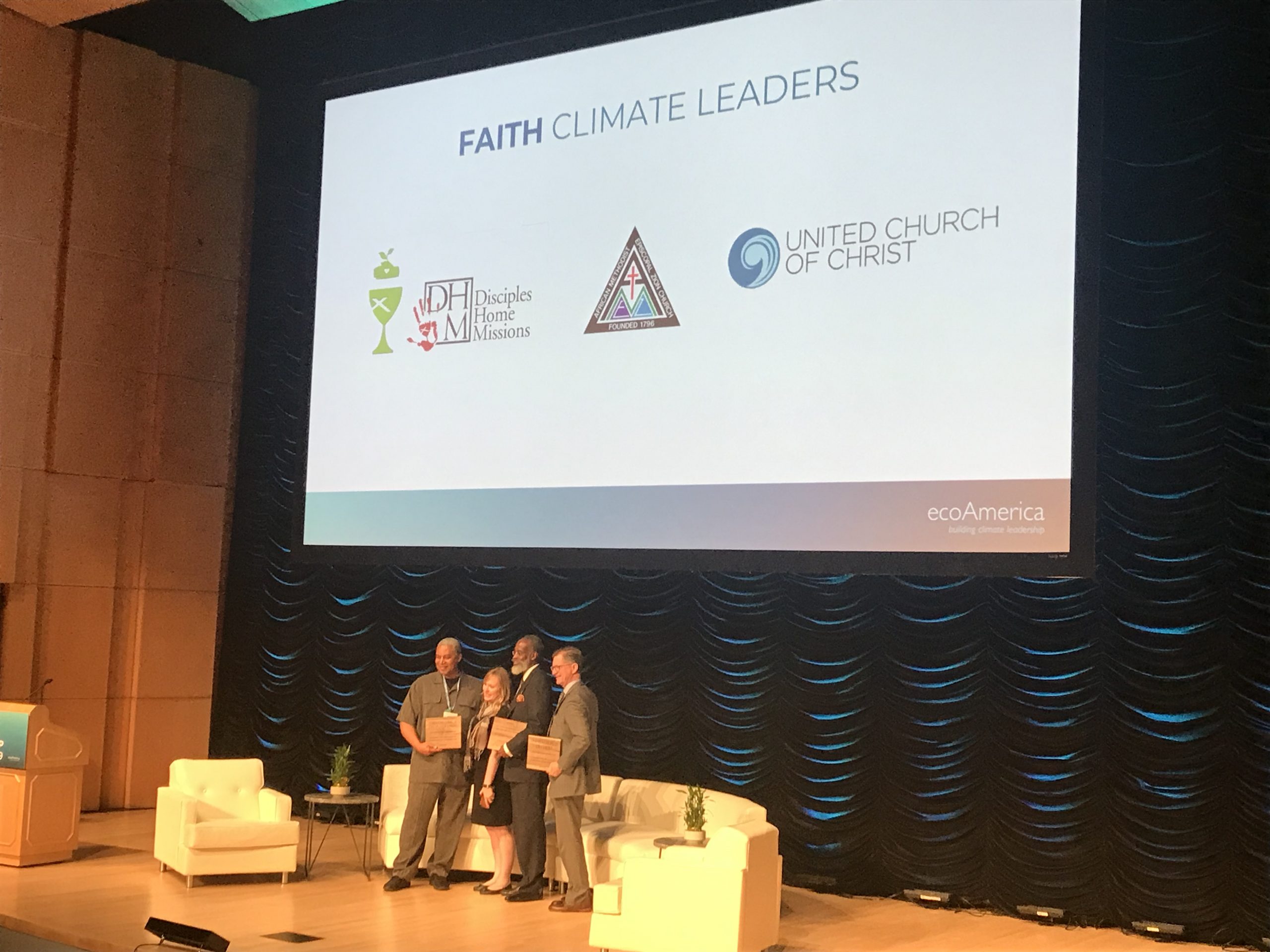 Shortly after the panel discussion, the UCC General Minister and President received a Climate Leadership Award on behalf of the denomination, one of three faith organizations honored at the summit. The award reflects the Church’s support for a transition to 100% clean energy and the executive leadership’s endorsement of Congress’ Green New Deal Resolution.

“I am so very proud that Eco-America has named the United Church of Christ as a recipient of their Climate Leadership Award,” Dorhauer said. “By identifying ‘Love of Creation’ as a pillar in our 3 Great Loves campaign, we are leveraging the full capacity of our local churches to be change agents for climate justice. It is our hope and prayer that our ongoing commitment to rescue Mother Earth from climate disaster will bear good fruit and restore our planet to full health.”