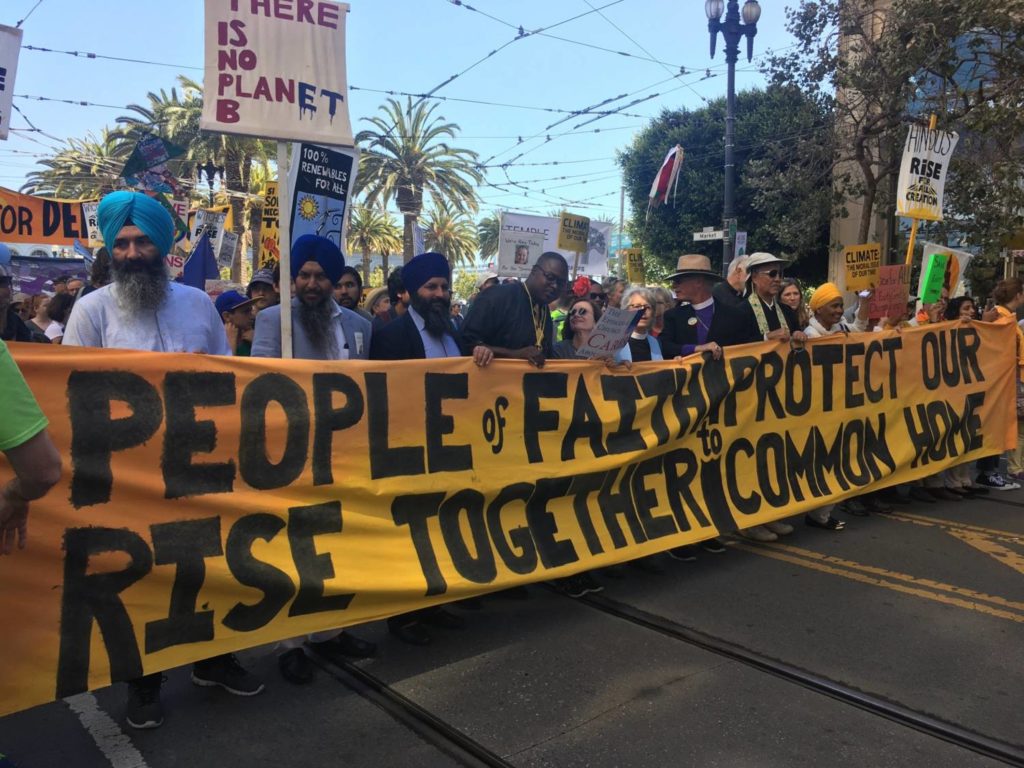 Calling climate change an emergency, representatives of Christianity and other world religions will gather in New York City Sept. 24 to create an action plan for faith communities. Four United Church of Christ leaders will be there.

“Climate Emergency: Faith-based Organizations Raising Ambition – Leaving No One Behind” will take place at the Episcopal Church Center in Manhattan the day after a major Climate Action Summit at the United Nations.

The faith-based meeting is sponsored by the World Council of Churches, the Parliament of the World’s Religions, the worldwide Anglican Communion, GreenFaith, the Evangelical Lutheran Church in America and the Episcopal Church. Organizers say the consultation will emphasize “the urgency of taking rapid action over the next decade to limit global warming to 1.5 degrees Celsius to avoid the risks associated with long-lasting or irreversible changes.” Topics will include specific roles for faith communities in climate justice, climate migration, loss and damage, and emergency declarations.

“Action is required by all,” says the invitation to the meeting. “Inclusion of faith-based voices and actions is imperative.”

“The U.N. climate report underscores how important it is that humanity undertakes critical action on a massive scale over the next 10 years,” said the Rev. Brooks Berndt, minister of environmental justice with Justice and Local Church Ministries. “In attending this ecumenical consultation, I will be carrying with me the thinking and

insight of the UCC’s Council for Climate Justice. What we have collectively realized is that we continually need to understand our calling as churches within the context of both crisis and possibility.” Also representing the UCC on Sept. 24 will be:

“It is a crisis situation of enormous proportions, but our faith tradition also tells us that such a time as this can simultaneously be a God-charged moment–what the ancient Greek of the Bible calls a kairos moment,” Berndt said. “Such moments call for decisive action. It is this truth that we need to continually keep in mind as a measure of accountability and inspiration.”