Activists push back against Trump clampdown on immigrants and refugees

by Rebekah Choate | published on Jan 26, 2017
Written by Connie Larkman

You don’t have to be born here to belong here. That’s the message advocates of immigration and refugee resettlement took to the White House Wednesday night after President Donald Trump signed two executive orders Jan. 25 to build a wall on the U.S.-Mexico border, crack down on undocumented immigrants and penalize sanctuary cities. A third order, expected Thursday, Jan. 26, may immediately close U.S. borders to refugees. 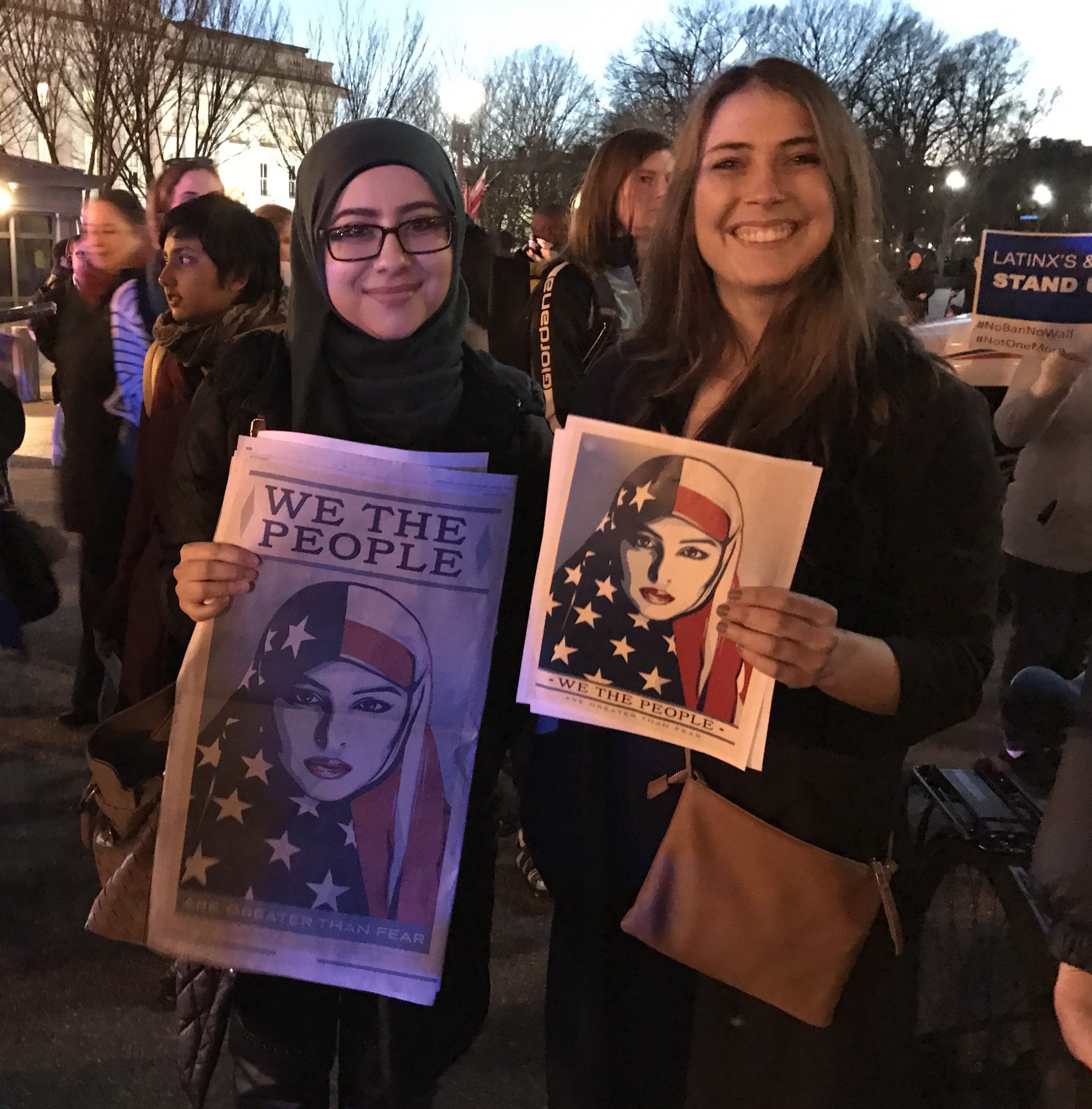 Drafts of the action circulated by several news organizations indicate the next Trump administration order is planning to block Syrian refugees from coming to this country indefinitely, temporarily halt refugee admissions from all areas for 120 days, cut the cap for 2017 resettlements in half, and ban all entries for 30 days from the predominantly Muslim countries of Iraq, Syria, Iran, Sudan, Libya, Somalia and Yemen.

The Rev. Mary Schaller Blaufuss, who leads the UCC Global Sharing of Resources team, was one of several UCC activists in the group rallying outside the White House, standing in solidarity with immigrants and refugees. The rally spilled into several streets in downtown D.C., closing them for a time.

“The rally was an experience of beloved community as we stood alongside refugees and immigrants and Muslim brothers and sisters,” she said. “The chant that ran through the crowd, ‘When you attack one of us, you attack us all’ was embodied in the gathered group.”