Paris and Beyond: An Interview with Shantha Ready Alonso

To get an insightful analysis of the international climate accord reached in Paris, I turned to Shantha Ready Alonso, the Executive Director for Creation Justice Ministries. Alonso and her organization have been close partners with the United Church of Christ for years. Until 2013, the organization was the Eco-Justice Program for the National Council of Churches. Today, it continues to be a strong force in mobilizing and representing the creation care work of numerous Christian denominations in the United States.

What do you see as the strengths and limitations of the climate accord? 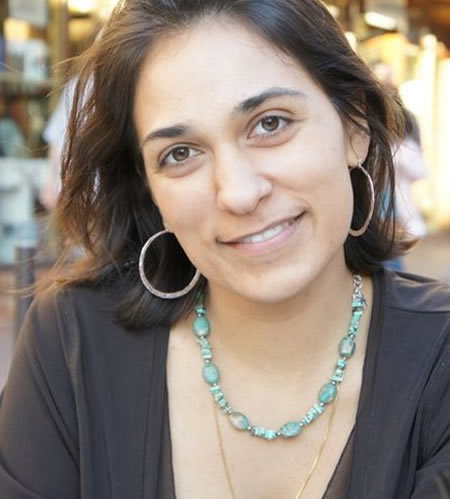 First and foremost, the fact that any agreement was reached by nearly 200 negotiating nations is a miracle. In the arc of human history, this is a major step forward for diplomatic relations. Key to the negotiating process was an initiative that UN Secretary General Ban Ki-Moon began at COP 20 in Lima, for each country to set its own greenhouse gas emission reduction goal. These national goals, in UN-speak, are called Intended Nationally Determined Contributions (INDCs). You can view each country’s INDC online. Many believe the Paris Agreement could not have been reached without significant political will demonstrated by a broad coalition that was bigger than what many traditionally think of as “the environmental movement,” with faith advocates playing a key role, together with the labor and business communities.

The agreement includes intentions to keep total human-induced global warming below two degrees Celsius, the level which climate scientists consider to be a key threshold for preventing catastrophic climate devastation. This number is calculated by measuring average global temperatures today compared with the beginning of the Industrial Age in the 1800s. The agreement also includes mechanisms to review nations’ achievements and to scale up ambitions for reducing greenhouse gas emission every five years. Because international law is so difficult to enforce, having a commitment to re-visit greenhouse gas emission benchmarks every five years opens up space for advocates to put pressure on their own governments to make good on their promises.

While it is important that the agreement includes the ambition of keeping warming under two degrees, making that ambition a reality will be very difficult. Current INDCs put us on a path to much more than two degrees of warming. In early November 2015, climate scientists released new evidence that world has already warmed one degree Celsius (1.8 degrees Fahrenheit). We are already half way to the catastrophic warming levels, and that means it is up to us to make emissions reduction goals much more aggressive, starting at home in the United States.

Faith advocates at COP 21 prioritized global climate justice. It is a matter of justice that developed nations who have put the most greenhouse gasses into the air take responsibility for developing nations’ ability to mitigate and adapt to climate change. Developing nations need access to renewable energy infrastructure, as well as the tools to address climate impacts such as severe weather, droughts, and flooding. The Paris Agreement included some basic climate finance mechanisms which our communities can build on in future years.

One proposed measure that faith advocates struggled to include in the final agreement was provision for climate change related loss and damage. Even if we stopped putting greenhouse gasses into the air right now, some nations will experience irreparable loss and damage to lives and livelihoods. Island nations such as Kiribati might be completely submerged, and will face relocation and sovereignty issues. We need a global plan to deal with the socio-political as well as financial needs nations will have due to climate devastation. The Paris Agreement offered no such plan, but it did include a recommendation to consider issues of loss and damage, which faith advocates can build on in future years.

You can see more about the U.S. ecumenical community’s process of advocating in Paris as well as reactions to the agreement at www.creationjustice.org/global-climate-action.

With major events like the Paris climate talks, the media often focuses on high profile public figures and leaders. Are there any voices that you wish were heard more? What were those voices saying?

Creation Justice Ministries shares the United Church of Christ’s passion for environmental justice, and it is important to make sure the public and decision-makers hear from frontline communities being hit first and worst by devastation of God’s creation.

It was also significant to have the delegation organized by the Historic Black Colleges and Universities (HBCU) leading events and talking to the media in the civil society “Green Zone” at COP 21 in Paris. I am grateful the United Church of Christ helped fund their participation.

Faith communities are getting better at ensuring frontline communities who are directly impacted have a voice in public policy decision-making. I am eager for Creation Justice Ministries to continue equipping faith communities to grow in our capacity to think critically and act thoughtfully for environmental justice, so that when we advocate in the halls of power, we are not a “voice for the voiceless,” but rather we are amplifying voices of impacted people who can speak for themselves.

From Pope Francis and Desmond Tutu to local creation care advocates throughout the world, the months leading up to the Paris climate talks gave rise to an unprecedented mobilization of faith communities in addressing climate change. What’s next? What’s most needed?

As people of faith, we have a lot to celebrate! The United Church of Christ has been ahead of the curve on environmental justice issues for decades, and the world is catching up. While we know that the Paris Agreement is not sufficient to fix all our climate change challenges, it is important to recognize victories along the way. All change is incremental. We should be proud that COP 21 saw unprecedented participation by the faith community. Nearly two million people of faith spoke out in favor of an ambitious binding agreement, and faith leaders delivered those signatures to negotiators in Paris. We know that our action made a difference in securing the political will to get any deal done. As faith communities in the United States, we must act with urgency because we know we have a disproportionate amount of responsibility for climate change, and that we have little time. We can act individually, participate in civic life, and monitor our government.

We can live out our faith by going green as individuals. For faith communities, going green is not just a hip trend, activism, or a savvy investment. It is an outward sign that our allegiance is to God, rather than the false idol of greed -- Mammon. God wants abundant life for all. Mammon prioritizes the pleasure of a few at the expense of many. Many people of faith have been leading the way to build authentic community with their neighbors by challenging consumer culture and reducing carbon footprints. Individual changes may seem small, but together, our actions add up. Furthermore, when we call on business and government entities to take action on climate, we are more credible when we are walking the walk. One new tool Creation Justice Ministries is offering is an opportunity for individuals to switch their home energy source to 100% wind power. You can find out about it at www.creationjustice.org/wind.

As people of faith, we are called to love our neighbor as ourselves. In a democracy, part of loving our neighbors is ensuring public policies protect every neighbor’s opportunity to reach their God-given potential. For decades, our nation’s energy economy has relied on sacrifice zones that permanently devastate eco-systems and put unequal health burdens on communities of color. Public policies can change that. Much innovative local and state level work is happening to transition to renewable energy, including the exciting new initiative out of Cleveland that Rev. Dorhauer is leading. Faith community participation in innovative solutions such as clean energy co-ops will be vital. There are two national policies that will need stakeholder input from faith advocates this coming year: the Clean Power Plan (CPP) and the Clean Energy Incentive Program (CEIP). These policies are designed to revolutionize our energy economy, state by state, calling for a shift to renewable energy. The CEIP is particularly important to those who stand for environmental justice because it is designed to ensure energy equity—meaning low-income families will have access to affordable renewable energy. Early and broad education about affordable renewable energy opportunities through the CEIP is desperately needed in communities of color that have long borne disproportionate health burdens of the fossil fuel economy. Creation Justice Ministries is exploring opportunities to expand our work in this direction.

Lastly, we must be vigilant of our government’s actions in the international arena. The United States is historically the biggest emitter of greenhouse gasses. It is our moral responsibility to reduce the unequal burden of climate devastation borne by vulnerable nations. Every year, there will continue to be a new COP with a new set of issues to negotiate. Every five years we will grade countries on whether and how they are carrying out their emissions reduction commitments. We will continue to monitor the U.S. commitments to climate finance and ensure that what has been promised is indeed allocated. The main climate finance mechanism that needs the strong support of faith advocates is the Green Climate Fund. The Green Climate Fund is an international climate financing pool that was created by the United Nations and is managed by the World Bank. The United States has pledged $3 billion in contributions to the Green Climate Fund and this money should flow out of the State Department. We must prevent Congress from blocking the State Department’s ability to contribute to it. Related but separate, we must track climate change related loss and damage. Our government must recognize and respond to nations facing loss of life, unravelling livelihoods, and climate migration. Find information about the Clean Power Plan, the Green Climate Fund, and loss and damage at www.creationjustice.org/climate-change---get-involved 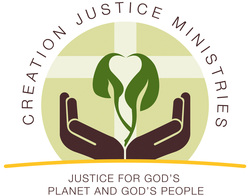 Creation Justice Ministries educates, equips and mobilizes Christian communions/denominations, congregations and individuals to protect, restore, and rightly share God's Creation.  Based on the priorities of its members, with a particular concern for the vulnerable and marginalized, Creation Justice Ministries provides collaborative opportunities to build ecumenical community, guides people of faith and faith communities towards eco-justice transformations, and raises a collective witness in the public arena echoing Christ's call for just relationships among all of Creation.