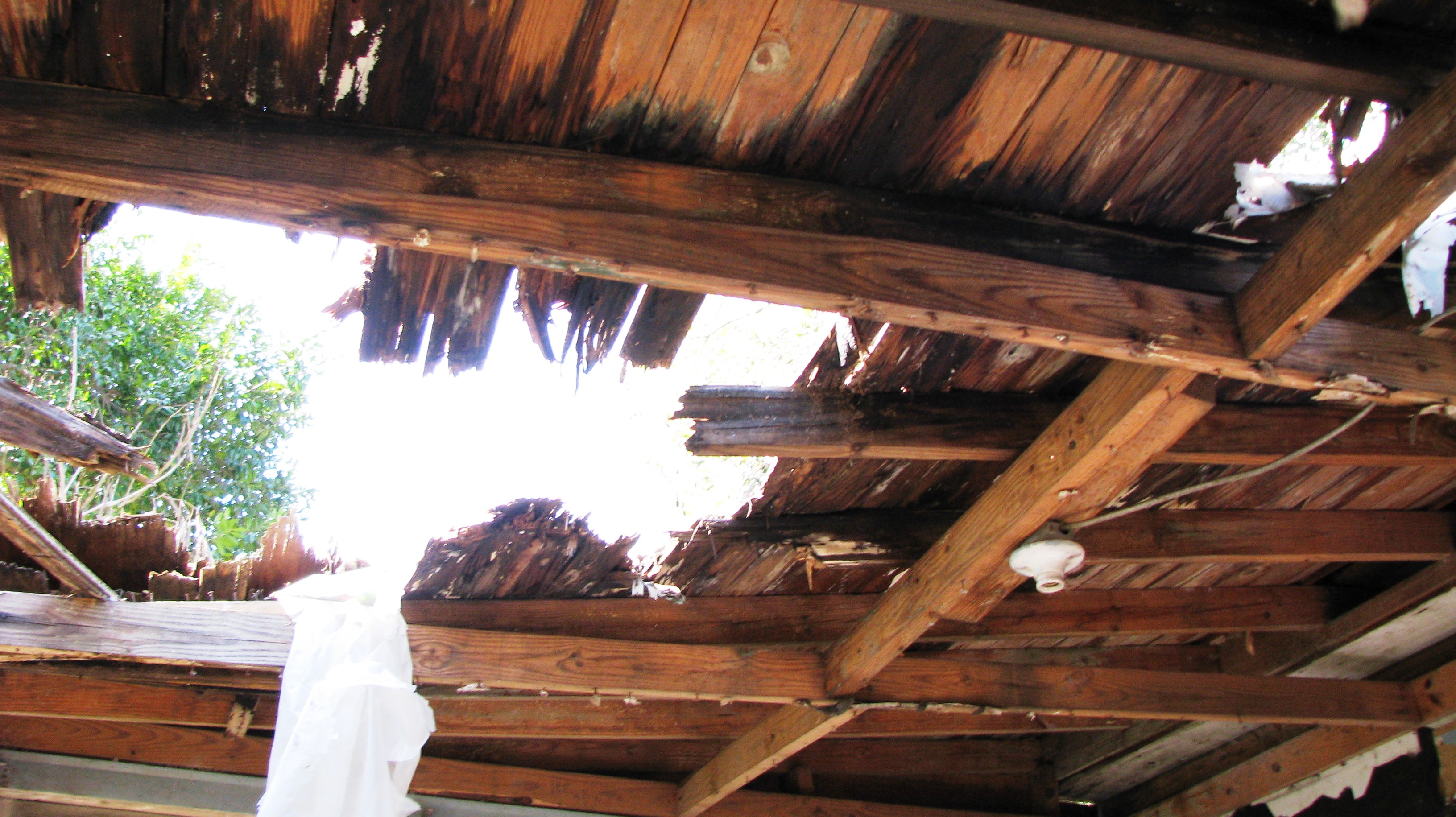 For 48-year-old Iraq veteran Robert Z., buying a house was an important step in his years-long recovery from war-related post-traumatic stress disorder.

Robert had gone into the military right out of high school, and when he came out, he established his own trucking company. But then he got slammed with depression and stress. Unable to function, he closed the business and moved in with friends.

It took Robert years of hard work, including counseling and medication, to get on top of his PTSD, but he did it.

"The house was the next step in me trying to get back on my feet and take care of myself again," he said. He "got a good deal" on a 900-square foot "fixer-upper with a nice big backyard in West Columbia, S.C., and set to repairing and remodeling.

Then the storms of October 2015 upset Robert's hard-won equilibrium. Days of incessant rain saturated the ground, making it easy for the wind to topple a large tree onto Robert's roof. The damage (pictured above) opened the house to the continuing deluge, which soaked ceilings, walls, floors and furniture. Soon mold (pictured below) sprouted everywhere. The house was uninhabitable.

Once again, Robert had to go stay with friends. The power company "took the fallen tree off the wires. I got a chain saw enough to get it off the roof." 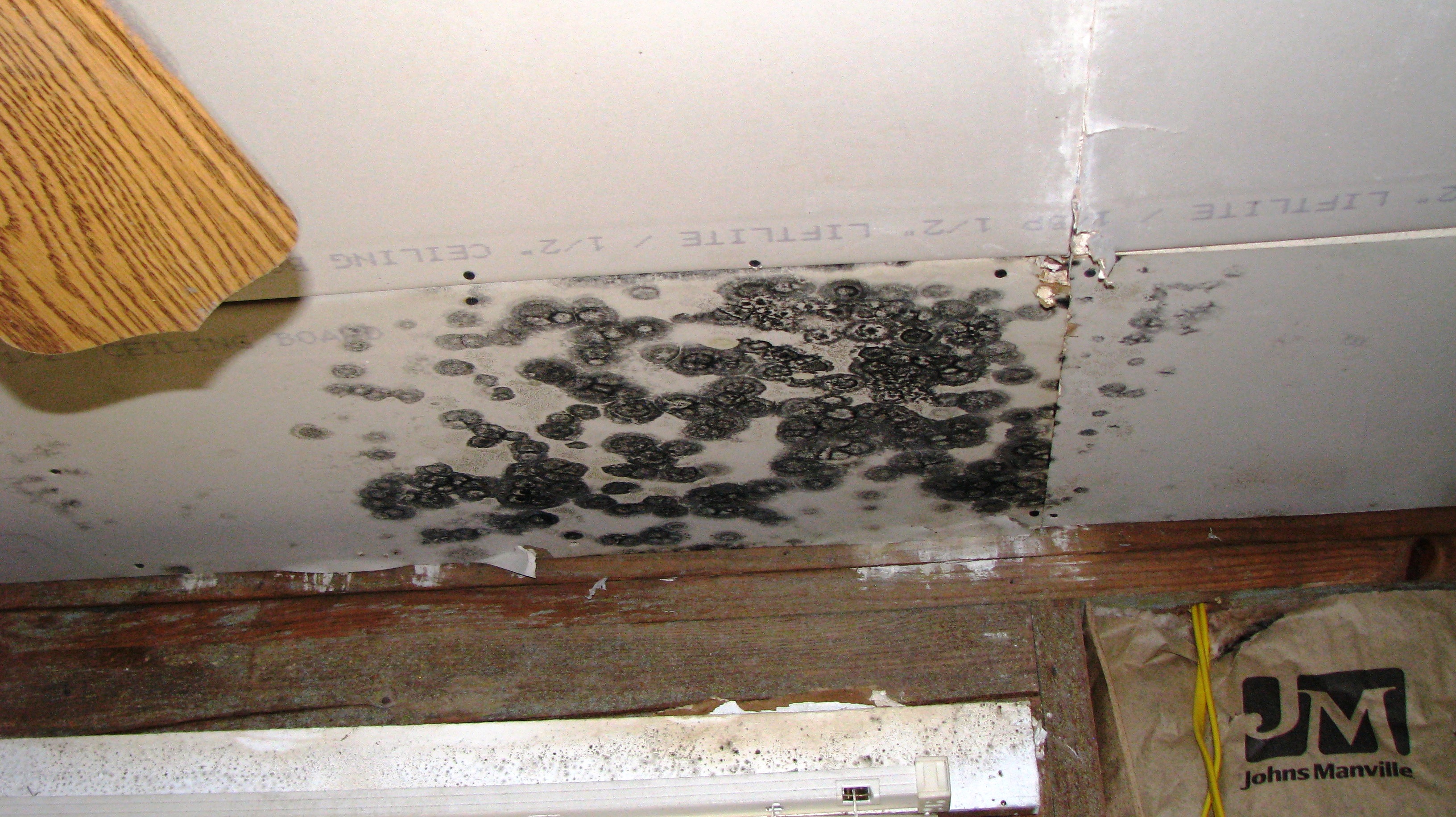 But, unemployed and still paying off the house, he didn't have enough money to cover reconstruction on his own. He said that after a lot of paperwork, FEMA awarded him just two month's rent and $447, not enough to "even cover the cost of sheetrock for the kitchen. But they did ask whether they could pass my information to other groups that might be able to help."

The DRSI's goal is to jumpstart recovery with volunteer work teams and donated construction materials. In South Carolina, major funders included the Central Carolina Community Foundation's One SC Flood Relief Grant and the United Ways of the Midlands.

Robert was skeptical of the DRSI at first. "I said, 'I don't mean to be negative. I just don't want to get my hopes up. When I see something happening, I will get excited.'

"First thing, I came by and saw a big dumpster in the yard. Now I saw something going on. They gutted the inside: ceiling, walls, bath, kitchen. They also cleaned up around the house, trimming overgrown trees and shrubs."

Robert and DRSI volunteers tore off part of the back of the house, "it was so bad. I lost some square footage. Then they did the roof. They put in brand-new windows, electricals and plumbing. Soon they will start to put the floors and walls back.

"These are not just people talking," Robert said. "They are doing something. I am amazed that someone would do it for me. Every week it's a different group of people. I try to come meet them all, shake their hands, let them know I appreciate what they do."

Robert said he is now trying to get back into trucking, possibly starting as a driver for someone else. And while he doesn't know how much more time reconstruction of his home will take, so that he can move back in, "it's not stressing me like it was."