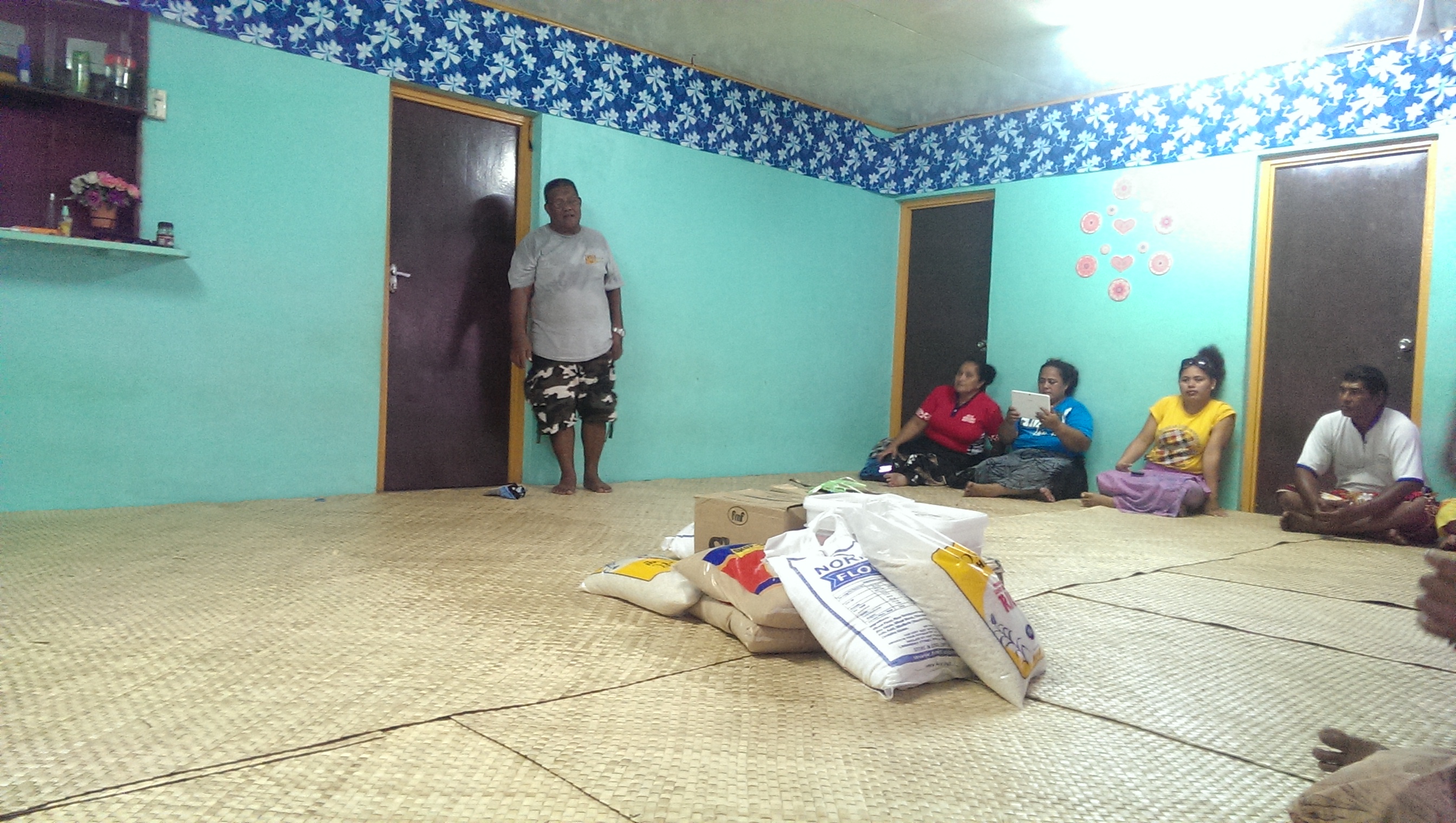 The story of UCC Disaster Ministries' food aid to a small Fijian island in the wake of Cyclone Winston illustrates the denomination's commitment to stepping up to fill critical gaps.

When the severe (Category 5) tropical cyclone - the strongest ever to make landfall in Fiji - swept across that Pacific Ocean nation on Feb. 20, it killed more than 40 people and damaged or destroyed 32,000 homes on several Fijian islands.

But it largely spared structures on Kioa Island, whose 95 households comprise about 300 people. Community members quickly joined hands to repair the four houses that sustained damage.

"So when the Fijian government did a quick needs assessment on Kioa, it determined there was no need for food aid, without realizing the damage to the crops in this mainly subsistence farming and fishing community," said UCC Disaster Ministries Executive Zach Wolgemuth, who spent March 12-22 in Fiji.

"In fact," he said, "the root crops on the island were destroyed, leaving the community in need of food aid."

Upon learning of the need from UCC partners in Fiji, Wolgemuth arranged to travel by boat with long-term Global Ministries volunteer the Rev. Nikotemo Sopepa from their base in Suva, Fiji's capital, to Labasa. Sopepa is pastor of St. Andrew's Presbyterian Church in Suva.

In Labasa, UCC Disaster Ministries purchased rice, sugar, biscuits and flour - more than 3.5 tons of food in all and enough to sustain Kioa's population for two months. Then, in partnership with a volunteer group of Kioans, they continued with the goods by truck and boat to Kioa.

"The community was overwhelmingly grateful for the supplies," Wolgemuth said, "and many people stood to speak words of appreciation including the chief of the community, many elders and the president of the women's group.

"A woman from New Zealand, who married a Kioan man and has been living on the island for seven months, stood to share how impressed and humbled she was to see that when people donate, the money is put to good use.

"She reflected about how she used to give to organizations like UCC Disaster Ministries," Wolgemuth said, "but always wondered if and/or how aid was provided. She said this experience restored her faith in the process."

Wolgemuth said that, while in Fiji, he learned that Kioa was first inhabited in 1947 when a group of individuals from Tuvalu purchased the island and resettled. There is a congregational church at the center of the community.

"To this day the Kioan people maintain their unique culture and traditions," Wolgemuth said. "One of those traditions is centered around community support and unity so it was no surprise that within days after Cyclone Winston, the entire community came together to clean up downed trees and repair the few homes that were impacted.

"Incidentally," he reported, "one of the fishermen told me there were very few fish in the first few weeks following Winston. The week that we delivered the supplies, something changed in the areas where the locals fish and an abundance of tuna was caught. Almost like the loaves and fishes in the Bible!"

While in Fiji, Wolgemuth also traveled to Navakawau on Taveuni Island. Of the village's 111 homes, only 15 remained standing after Cyclone Winston passed over. Many people rode out the storm in the two- to three-foot crawl space under their homes. One person was killed.

"UCC Disaster Ministries is in the process of exploring a response in this community that would include the reconstruction of the roof system on the community hall, a key source of rain water catchment for the community," Wolgemuth said.

"The repaired hall also could shelter people currently still living under their floors in crawl spaces. We are also looking into possibly providing some basic tools such as saws, hammers, tape measures and levels that will help the community to begin to build back.

"The need in this community is significant," Wolgemuth said. "It is in a location that is not easily accessed and there are no other NGOs that currently have long-term plans to support this community."