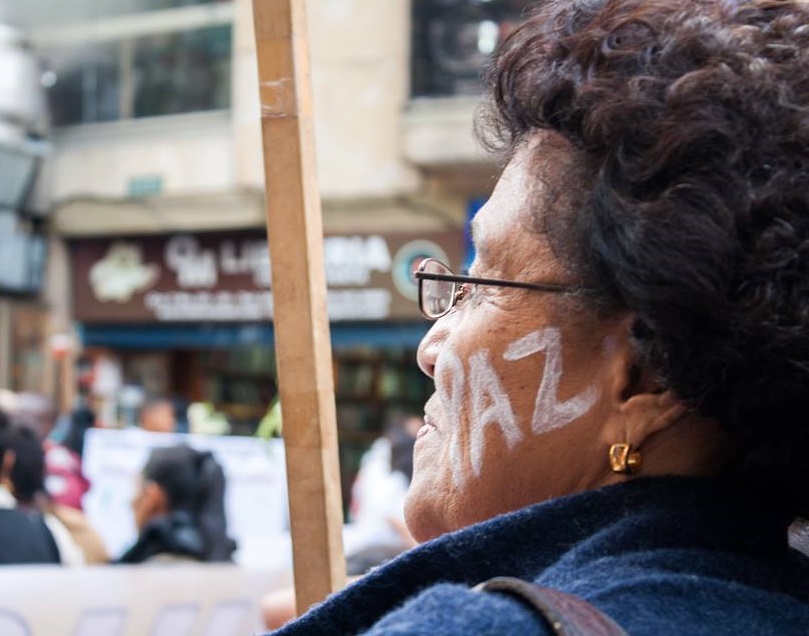 God’s promises are more than Abram and Sarai can imagine. In their aging and childless years, God approaches them with a promise that becomes more bountiful as the passage in Genesis 17 deepens. “I will make you exceedingly numerous” says God. Sarai and Abram will be connected. “You shall be the ancestor of a multitude of nations.” They will be remembered. “And kings will come from you.”  They will have influence to shape societies. These promises of God change their whole lives.  Abram falls on his face and worships as God gives this new identity, eventually changing their names to signify their new relationship to God. To Abraham and Sarah God says, “I will establish my covenant between me and you, and your offspring after you throughout their generations, for an everlasting covenant, to be God to you and to your offspring after you.”

This is a beautiful promise, but in its implementation, not without difficulty. This Genesis passage continues with verse 8 (that is not included in the suggested lectionary passage.) It says, “And I will give to you, and to your offspring after you, the land where you are now an alien, all the land of Canaan, for a perpetual holding.” The problem?  Other people already live in the Land of Canaan. This also is a troublesome passage for the people of Palestine today as the nation-state of Israel uses this passage to justify removing contemporary Palestinians from their land.  So, even as the promise that “I will be their God” is full of grace and possibility, the danger of mis-appropriating the promise is with us as well.

The Christians in Rome who hear Romans 4: 13-25 also must have been mis-appropriating the promises they heard. Paul revisits the story of God’s promise to Abraham and Sarah, emphasizing that they received these promises of abundance in the context of relationship, not legalities. This promise became Abraham’s reason for being. “No distrust made him waver concerning the promise of God, but he grew strong in his faith as he gave glory to God, being fully convinced that God was able to do what had been promised. Therefore his faith was reckoned to him as righteousness.”  God’s covenant with Abraham and Sarah, with the Romans and with us, are a move from relationship into deeper right relationship. The promise that “I will be their God” reaches unimaginable depth in Jesus’ death and resurrection.

Interacting with the Story

Viewing this passage from the perspective of the human rights advocacy made possible through the UCC’s One Great Hour of Sharing Offering, I am drawn into a deeper connection with the emerging story of the people of Colombia, South America. That promise, “I will be their God,” takes on deeper meaning than I could imagine before.

For five decades, civil war in Colombia has killed almost 250,000 people and displaced another 8 million.  Violence by the Revolutionary Armed Forces of Colombia (FARC) and by the Colombian national military has destroyed the lives of people and disrupted families beyond comprehension. No one could imagine how peace might come.  But Christian organizations, including JUSTAPAZ and the CEDECOL Peace Commission, continued to be present and active with the people. The people were remembered.  JUSTAPAZ and CEDECOL documented heart-breaking human rights abuses and communicated with partners such as the UCC/Disciples’ Global Ministries and other churches to create an accountability through international awareness. The people were connected.  And, when an opening for peace negotiations presented itself, leaders in these organizations worked skillfully to facilitate conversations supported by the United Nations between rebel groups and the Colombian government. The Peace Commission was vital in passing along information about the peacemaking process to local communities and churches affected by the negotiations, as well as promoting peace in discussions with congregations and pastoral associations. JUSTAPAZ established humanitarian houses as safe havens for designing proposals addressed scenarios involving the end of the armed conflict, responding to cease-fire conditions, and handling hostile situations. The people were influential in shaping society.

Of course, this is a tenuous peace. There have been many tragedies and much hurt. The mis-appropriation of the gift of cease-fire and the disruption of peace is an ever-present danger. The gift could well be mis-used for the gain of one side or another.

But the promise of God’s presence and the gift of peace remain. On October 1, 2017, the first day of the negotiated bilateral cease-fire, church leaders from all parts of Colombia communicated to their people, “Peace requires generosity with the nation, leaving aside the pettiness of economic and political calculations; giving an opportunity for the life that comes from the communities to be freely expressed through their initiatives, proposals, and hopes at this moment when weapons are finally being silenced. This will clear the way so that finally, after this long confrontation in Colombia, as the psalmist says, justice and peace will kiss (Psalm 85:10). We reiterate again our celebration of the ceasefire, our willingness to serve as observers and our commitment to continue to accompany the communities in this hopeful phase of Colombia’s history.”  Read more.

Genesis 17:1-7, 15-16
Vs. 1-7: When Abram was ninety-nine years old, the LORD appeared to Abram, and said to him, “I am God Almighty; walk before me, and be blameless. And I will make my covenant between me and you, and will make you exceedingly numerous.”  Then Abram fell on his face; and God said to him, “As for me, this is my covenant with you:  You shall be the ancestor of a multitude of nations. No longer shall your name be Abram, but your name shall be Abraham; for I have made you the ancestor of a multitude of nations. I will make you exceedingly fruitful; and I will make nations of you, and kings shall come from you. I will establish my covenant between me and you, and your offspring after you throughout their generations, for an everlasting covenant, to be God to you and to your offspring after you….

Vs. 8: And I will give to you, and to your offspring after you, the land where you are now an alien, all the land of Canaan, for a perpetual holding; and I will be their God

Romans 4:13-25
For the promise that he would inherit the world did not come to Abraham or to his descendants through the law but through the righteousness of faith. If it is the adherents of the law who are to be the heirs, faith is null and the promise is void.  For the law brings wrath; but where there is no law, neither is there violation. For this reason is depends on faith, in order that the promise may rest on grace and be guaranteed to all his descendants, not only to the adherents of the law but also to those who share the faith of Abraham (for he is the father of all of us, as it is written, “I have made you the father of many nations”) – in the presence of the God in whom he believed, who gives life to the dead and calls into existence the things that do not exist. Hoping against hope, he believed that he would become “the father of many nations,” according to what was said. So numerous shall your descendants be.” He did not weaken in faith when he considered his own body, which was already as good as dead (for he was about a hundred years old), or when he considered the barrenness of Sarah’s womb. No distrust made him waver concerning the promise of God, but he grew strong in his faith as he gave glory to God, being fully convinced that God was able to do what he had promised. Therefore his faith was reckoned to him as righteousness.” Now the words, “it was reckoned to him,” were written not for his sake alone, but for ours also. It will be reckoned to us who believe in him who raised Jesus our Lord from the dead, who was handed over to death for our trespasses and was raised for our justification.

Mark 8:31-38
Then he began to teach them that the Son of Man must undergo great suffering, and be rejected by the elders, the chief priests, and the scribes, and be killed, and after three days rise again. He said all this quite openly. And Peter took him aside and began to rebuke him. But turning and looking at his disciples, he rebuked Peter and said, “Get behind me, Satan! For you are setting your mind not on divine things, but on human things.” He called the crowd with his disciples, and said to them, “If any want to become my followers, let them deny themselves and take up their cross and follow me. For those who want to save their life will lose it, and those who lose their life for my sake, and fro the sake of the gospel, will save it. For what will it profit them to gain the whole world and forfeit their life? Indeed, what can they give in return for their life? Those who are ashamed of me and of my words in this adulterous and sinful generation, of them the Son of Man will also be ashamed when he comes in the glory of his Father with the holy angels.”