For more than two years, the members and friends of Vancouver (Wash.) United Church of Christ were a nomadic people, without a church home. A fire displaced the congregation in May 2016, causing more than $2 million in damage to their building. But on Sept. 23, 2018, a new chapter in the life of the church began, as the congregation celebrated the dedication of its new house of worship.

An open house, held from 4 to 7 p.m., included a blessing by the Rev. Jennifer Brownell, pastor, plus a ribbon cutting, food, music, activities for children, and a tour of the new facility.

Brownell says the best part “was seeing the looks of joy and excitement on the faces of the members of the church, who had waited so long to return to the building.”

“Of course,” she adds, “it’s always hard to know how our plans will translate into real life, and to see them come alive so beautifully, and to have everyone be so pleased with them, is really gratifying.”

From Shock to Resolve

Members were awakened to the news of a fire in the sanctuary in the early hours of May 25, 2016. Within a few weeks, several other churches in the area also were set ablaze. As church member Ben Martin told the Vancouver Columbian, “The fire was a terrible experience.”

But from the ashes of the fire grew a resolve and connectedness that continues to evolve today. Brownell’s statement the Sunday after the fire — you can burn us down, but you can’t burn us out — became a mantra for the church as members picked up the pieces in the aftermath. 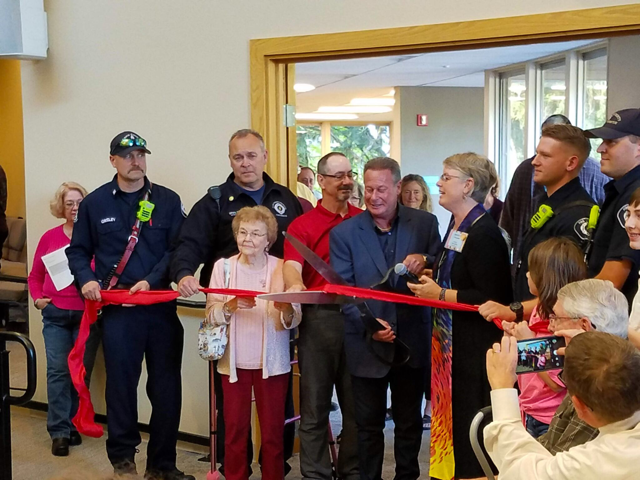 “The congregation has grown closer together as we all worked amazingly well under difficult circumstances during the time we were out of the building,” says Brownell. “We are a resurrection people, and this taught us the promise of new life again and again.”

Ken Rowe, currently chair of the Communication Committee, was part of the Re-imaging Committee that formed to envision the rebuilt space. While old photos of the church existed, and the congregation could have just replicated those images, the committee decided to imagine what could be as they rebuilt. Rowe says the reaction from church members as they saw the new building made it all worth it.

“For me, the best part was the enthusiasm of the members when they saw the changes,” he says.

Among those changes are a new entrance and deck; large windows, a new cross, and skylights; a commercial kitchen; and an updated sound system. Additionally, a wall was removed in the sanctuary, and the space sports comfortable chairs instead of traditional pews to make it more flexible. 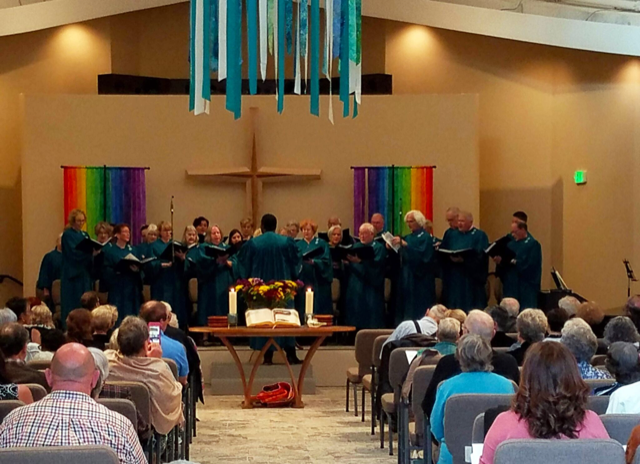 For much of its 127-year history, Vancouver UCC has been known as First Congregational UCC. In the run-up to the open house, the church decided on a new name to match its new space. But history is never forgotten. A sign in the lot includes the old name underneath the bold letters of the new one.

Another new direction at Vancouver UCC is its partnership with Metropolitan Community Church of the Gentle Shepherd and Martha’s Pantry Foodbank. Before the fire, both were renters of space.

“Now, we have a partnership, which means that we share more than just space,” says Brownell. “We share a common calling, which is to assure that people in Southwest Washington are fed. We are exploring options about how exactly this partnership will look, but there already has been a greater crossover of volunteers than ever happened before.”

Not only has the church increased its commitment to carry on God’s message of love of neighbor, it has increased its numbers, too. Rowe says some 29 people have joined the church since the fire.

For Brownell, the experience, including the open house celebration, has reinforced the power of community. “We have been focused for a long time on our internal needs — we had to be, because the rebuild was so complicated and absorbing,” she said. “The rededication was packed with neighbors and friends who had supported us, and it reminded me again how important it is to continue to forge connections across the lines that we think separate us.”

“We live in challenging times for our community, and for our nation,” Brownell added. “As we move forward, it is our prayer that we are able to take what we have learned about the power of community and the hope of resurrection out into the world, to be a force for justice and healing.”