UCC pastor: The cruelty of the system never ceases to sting 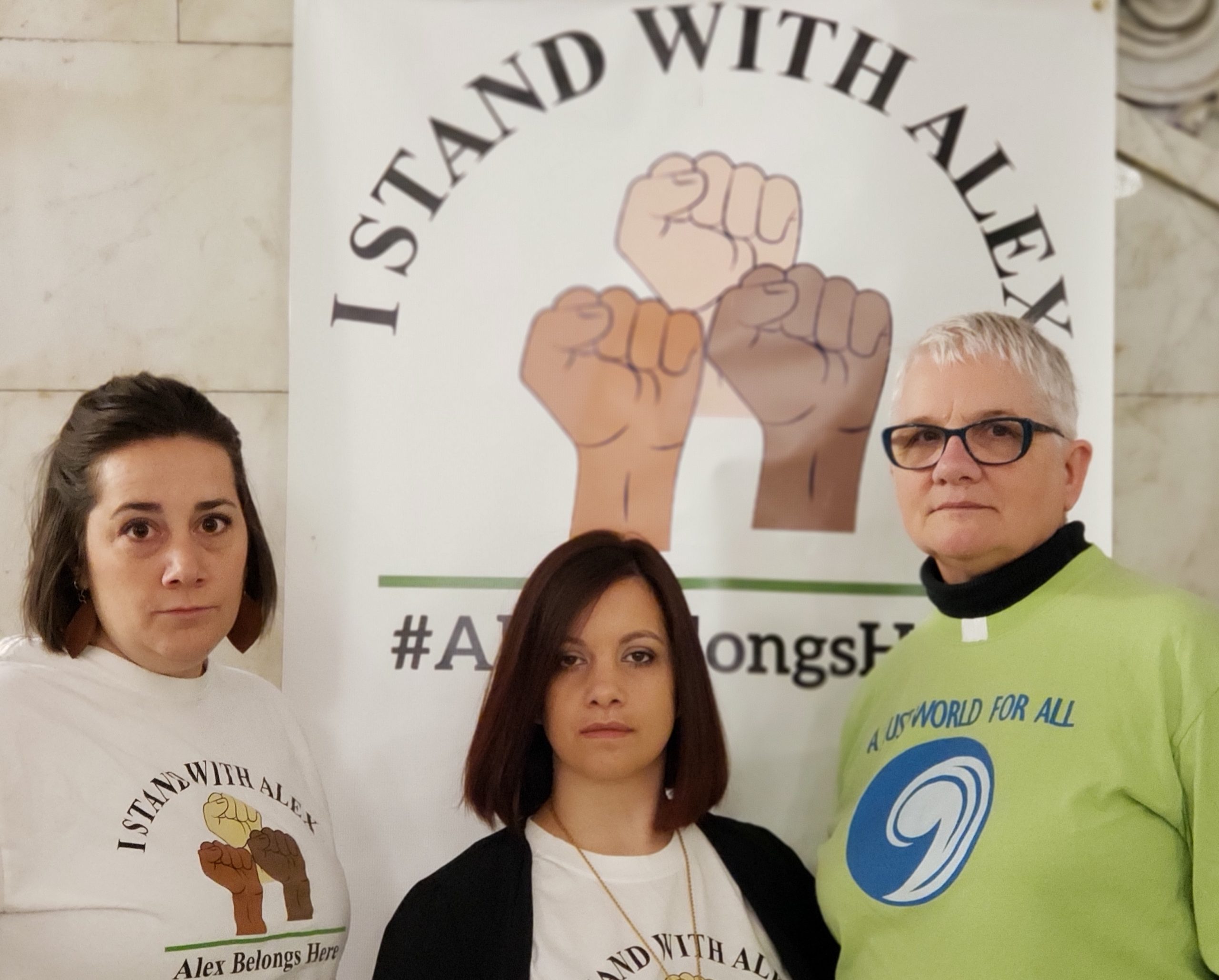 Three people went to the Immigration and Customs Enforcement (ICE) office in St. Louis, Mo., on Feb. 26, to file a request for a Stay of Removal for Alex Garcia. Garcia is an immigrant from Honduras who has been living in the United States for over 15 years. His wife and five children are all U.S. citizens, and yet, there is no pathway to citizenship for Alex.

Garcia was granted permission to stay in the U.S. in 2015 and 2016. He was considered a low priority for deportation because he had a good job, a family to support and no criminal record. In 2017, under a “zero tolerance” policy coming from a new administration, all immigrants who had arrived without papers were now considered criminals, simply because they had entered the country without going through the appropriate channels.

As the oldest of seven children living in an impoverished indigenous community in the mountains of Honduras, Garcia knew he had to leave home at the age of 19. He felt responsible for taking the burden off of his parents. Gang violence had entered his village, many years before such headlines were hitting U.S. media outlets. There were no jobs and people were desperate to survive in any way they could. Garcia believed his best hope for earning honest wages was to find his way to the U.S. He lived undetected in the small town of Poplar Bluff, where he made a good life.

When Garcia received an Order of Removal for deportation in 2017, that good life was turned upside down. Through his attorney, he found shelter with us at Christ Church UCC in Maplewood, over two hours away from his home and family.

Two and a half years later, Garcia waits in the church for something to change. His youngest child does not remember a time when her daddy did not live in a church. His six-year-old believes the church is holding his daddy captive; the idea that our government wants to send his daddy away is more than he can comprehend. The older three boys do understand, and they are angry. Angry that Garcia cannot go to school functions, ballgames, or shopping for basketball shoes. Angry that money is so tight now. Angry that their own brown skin is a target for hatred. Angry at a country where they feel unwelcome.

Two and a half years later, the Garcia family is a vital part of the Christ Church community. Garcia has been named the Caretaker of Christ Church. A construction worker by trade, he has painted, fixed and spruced up every area of the nearly 100-year-old building. He insists on being kept busy. His wife, Carly, serves on the Immigration Justice and Worship Groups, changes the church sign, and fixes pancakes on Mardi Gras Sunday. The two youngest children have been baptized; the 13-year-old confirmed. They sit in worship every Sunday in “their” pew and pray for something to change.

For two and a half years, Garcia’s attorney and advocates have sought help on every level. We have marched, rallied, held vigils and sit-ins. We have made thousands of calls and sent thousands of postcards to ICE officials and elected leaders. Rep. William Lacy Clay, Jr. has filed private bill HR 3750 that would create the needed pathway to citizenship.

In 2017, Garcia’s wife, children and attorney attempted to file for a Stay of Removal at the St. Louis ICE office. When met with resistance, Carly pleaded with them on behalf of her children. The ICE official looked her in the eyes and said, “I don’t care.”

In 2018, twelve St. Louis area clergy went to the ICE office to attempt another filing. We were locked out and threatened with arrest by Homeland Security. After an hour of persistence, they let us in and accepted the filing. The request was denied only days later.

In 2020, with new information in hand, it was Maplewood Mayor Barry Greenberg, Alderwoman Annie Rice, and Alderwoman Megan Green who went to file the papers for a stay. Included in the papers were the medical and school records of the children, a unanimous Proclamation from the City Council of Maplewood, and dozens of letters of support from elected and religious leaders, including UCC General Minister and President, the Rev. John C. Dorhauer. 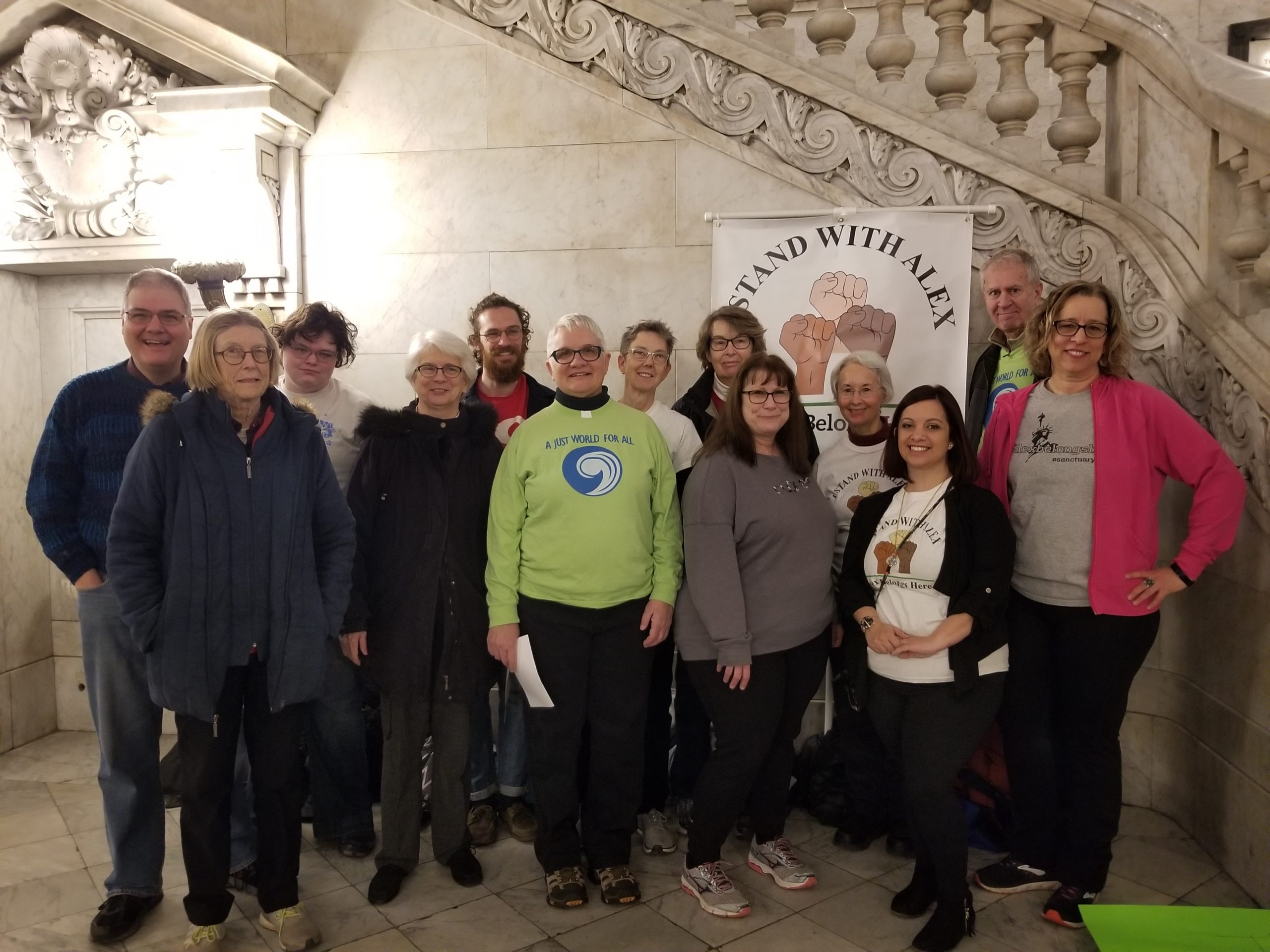 Kept waiting for nearly three hours, the three elected leaders were rejected. ICE did not even look at the papers. When those of us waiting for word heard the news, the only real surprise was that it hurt just as much as it had the first time. The cruelty of the system never ceases to sting.

Welcoming the immigrant means so much more than providing shelter. For those of us at Christ Church, it means doing whatever it takes to keep a loving family together. It means doing the hard work of building the power we need to change a broken immigration system. It means standing with those who are the targets of white nationalist hatred. It means getting our hearts broken again and again. It means being relentless in our pursuit of freedom for Alex Garcia and those like him whose only current option is the shelter of a loving faith community. We believe in putting feet to our prayers.

We cry with the Psalmist, “How long, O God?” and with the prophets we demand justice from a corrupt and cruel government.

The Rev. Rebecca Turner is the pastor of Christ Church UCC in Maplewood, Mo.