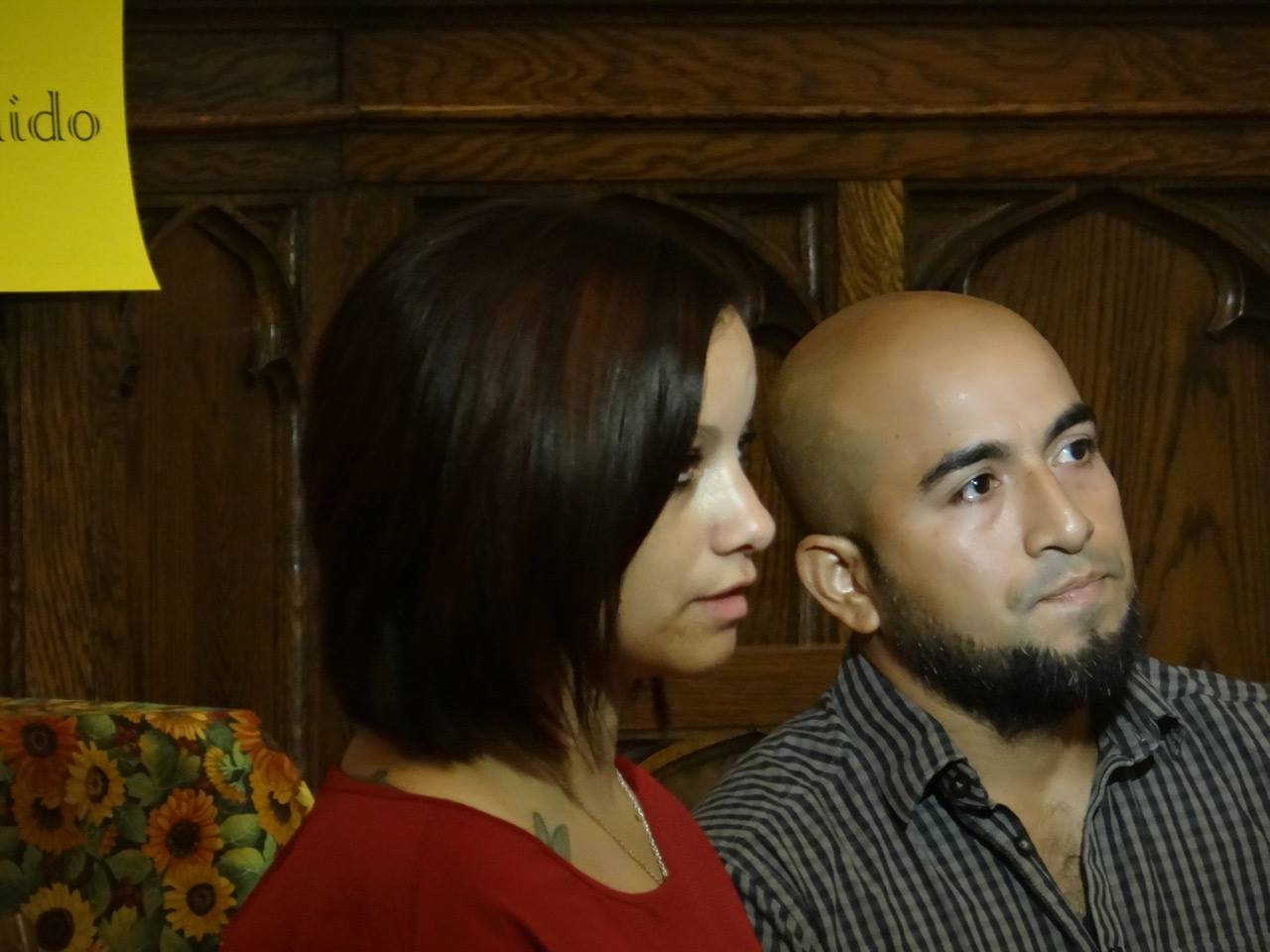 A United Church of Christ congregation in Missouri is supporting a father of five young U.S. citizens in his battle to stay in this country to raise them to adulthood. Christ Church UCC in Maplewood, Mo. welcomed Alex Garcia into sanctuary during worship on Sunday, Oct. 22 and will shelter him until Immigration and Customs Enforcement "does the right thing" and issues him a stay of removal.

"As a person who believes in justice, as a clergy person who believes very strongly that when a neighbor says I need help, our responsibility is to say yes, I will do that," said Christ Church pastor the Rev. Rebecca Turner. "I felt we really had no choice."

The church, in a suburb of St. Louis, is active in immigrant rights, with more than a quarter of the congregation's active membership working on justice issues.

"This large group of people working on peace and justice issues became very concerned in the early part of this year about the rising threats to immigrants in our community and began asking ourselves what can be done about that," Turner said. "We studied the issue, sharing information, accompanying immigrants to their ICE check-ins; we've been building relationships in the Latino community, so when I received a phone call asking if we could take someone into sanctuary, I felt we really had been building toward that moment."

Garcia, an immigrant from Honduras, calls Poplar Bluff, Mo. home. A laborer, he's lived there for 13 years. It's home to his wife Carleen, four boys and little girl, ages 3 to 11. He wants to stay in that community, in this country, to see them grow up. 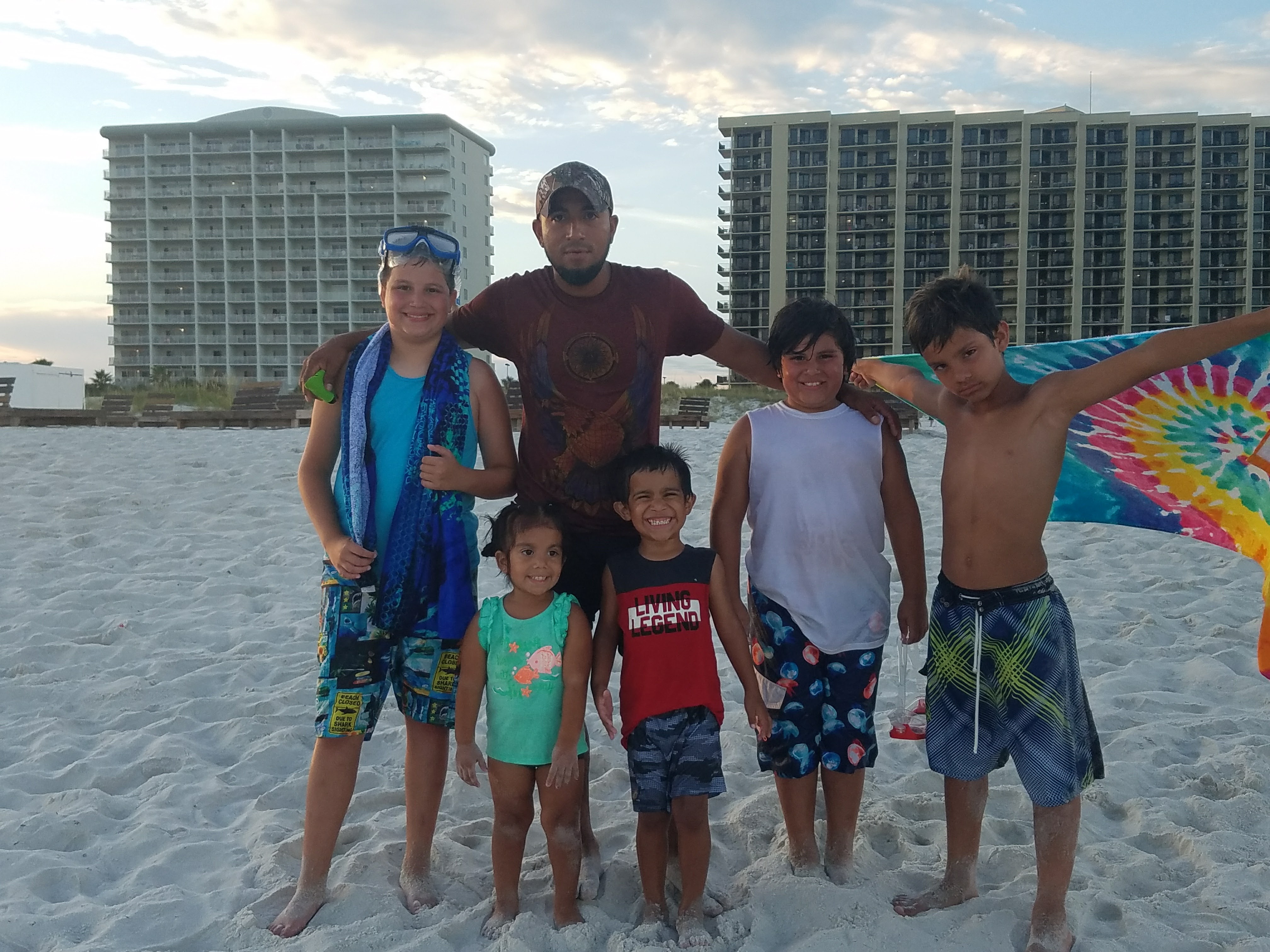 "I love my children so much and I'm afraid what will happen to them if I am not allowed to stay here," Garcia said. "I want to be here to raise my children as good citizens."

Garcia, picked up by the Border Patrol when he first tried to enter the U.S. illegally in 2000, has been granted previous stays of removal, in 2015 and 2016, during ICE check-ins. But this year he was told he was facing deportation. His marriage to Carleen, a U.S. citizen, doesn't grant him a path to citizenship because of that old removal order.

His attorney has a meeting scheduled with ICE on Thursday, Oct. 26, where she will try to file another stay of removal for Garcia. But last time the family met with ICE in September, agents refused to take the documents.

Christ Church, which created the St. Louis Coalition for Sanctuary with other UCC churches in the area – Epiphany UCC, Kirkwood UCC – and with Eliot Unitarian Chapel, first began acting as a host site for regional meetings to talk about sanctuary. The four congregations built a strong network of support in the last few months to try and change immigration policies that are impacting their community, and to reach out to assist their neighbors when they need it.

"There's a very large coalition of faith groups supporting the Garcias and Christ Church," Turner said. "We've been working with other churches in the United Church of Christ, branched beyond that to a Unitarian church, reached out to our Jewish neighbors. We have Catholic Sisters who are involved in the movement. Beyond the faith groups we have other advocacy organizations, to be in this together, to take care of this family for as long as it takes." 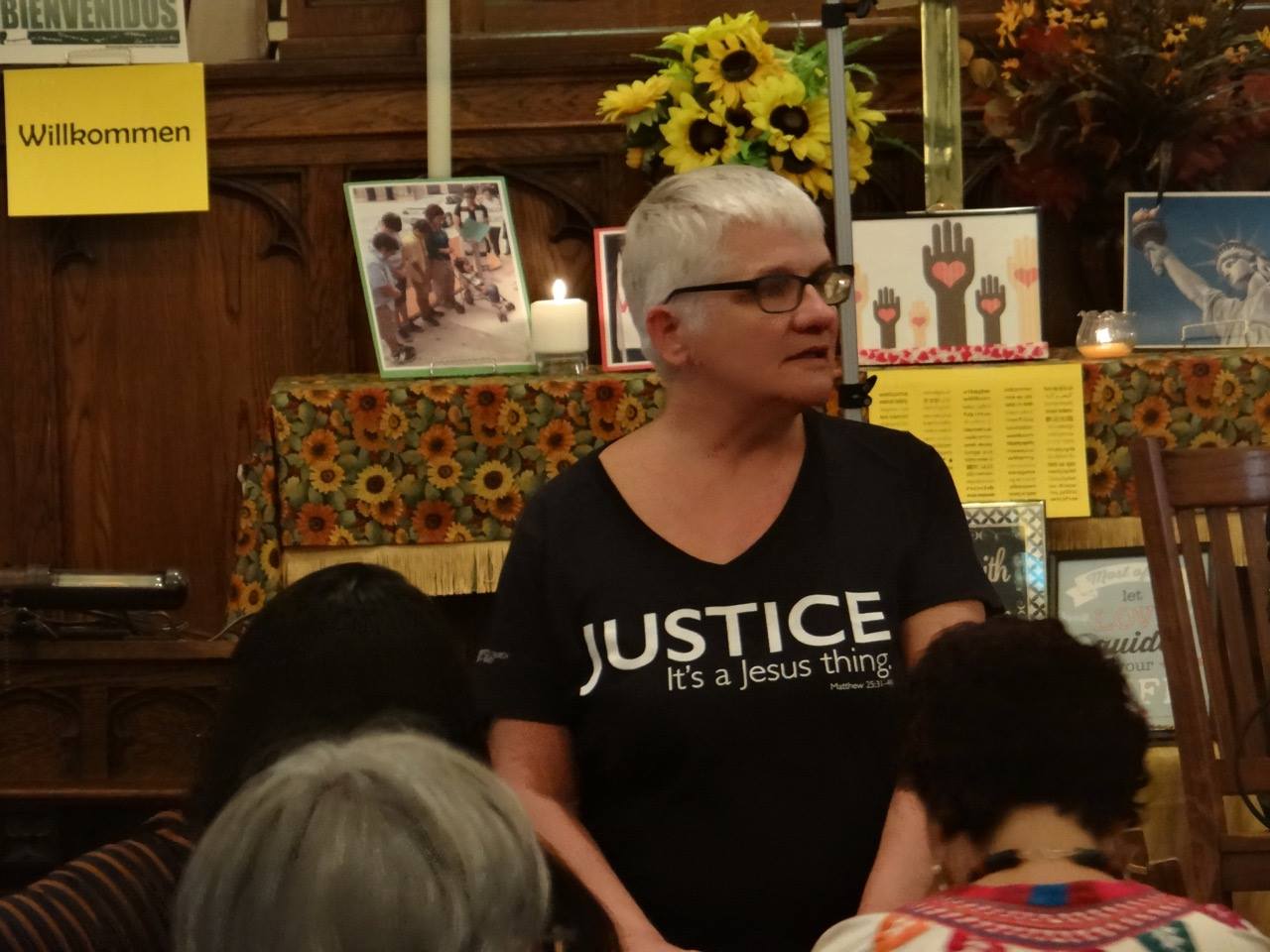 Christ Church also has the unwavering support of its conference and association. Turner said when their facility wasn't physically ready to house someone, the St. Louis Association stepped up to cover the cost of building showers.

The Conference Minister and Executive Committee of the Missouri Mid-South Conference, referencing a resolution passed by the 31st General Synod of the United Church of Christ encouraging "the development of U.S. policy dedicated to facilitating the respectful welcome and inclusion of all immigrants" and calling all settings of the United Church of Christ "to become active "Immigrant Welcoming Congregations," said in a statement that the Maplewood congregation "puts flesh on those words by actively welcoming a member of our community into their church building. We stand with them in calling on the United States Government to keep Alex and his family together. He is a good father, a loving husband, and a valued member of his community."

While Christ Church and other Garcia supporters hope for a good outcome at ICE on Thursday, they are prepared to stand with Alex, Carleen and their children..indefinitely.

"There isn't a timetable," Turner said. "We have made a commitment to this family to take care of them."