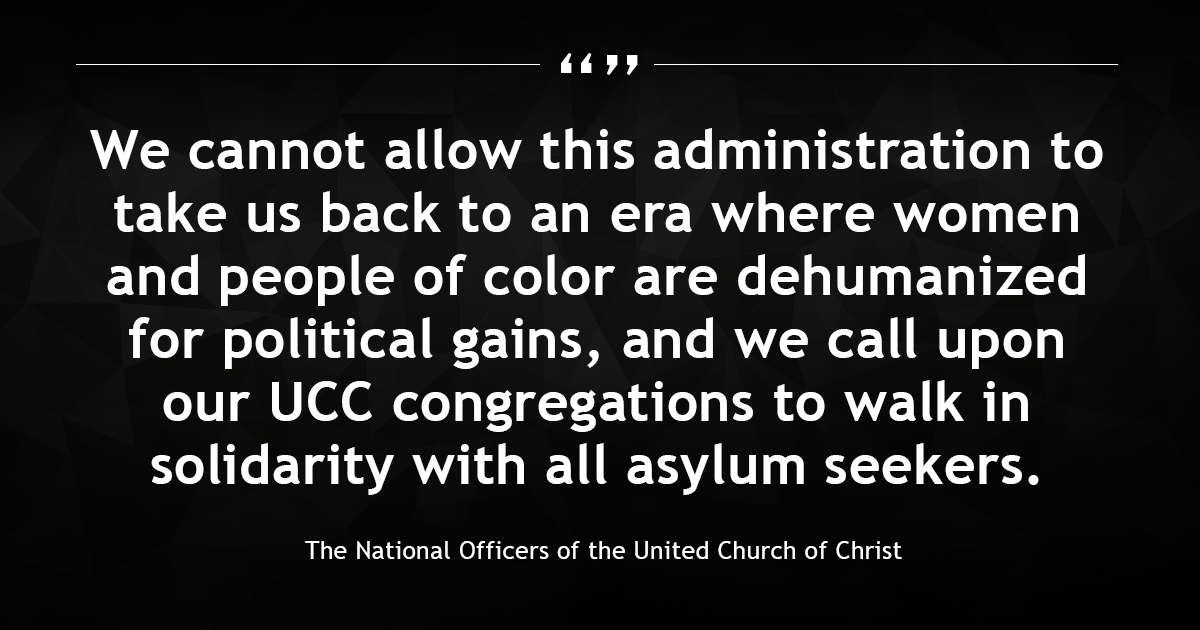 National leadership of the United Church of Christ, challenging Donald Trump’s presidential proclamation to deny asylum to migrants who enter the country between ports of entry, is siding with the American Civil Liberties Union (ACLU) and other legal groups which immediately challenged the regulation in court.

“As the United Church of Christ, we recognize that Central Americans migrating towards the U.S. are families fleeing violence and persecution looking for safe haven,” reads a statement from the UCC National Officers. “As people following the gospel call to love our neighbor, we condemn the proclamation signed by President Trump that bars access to asylum to individuals who enter the United States in between ports of entry. This is in violation of our moral values, and also in violation of U.S. and international legal obligations that permit anyone to request asylum, regardless of manner of entry into the country.”

The administration continues to take steps to attack the asylum program as caravans of Central Americans are forced to move toward the United States because of extreme violence. On Friday, November, 9, the President released the regulations which were to take effect Saturday, and remain in place for months. The ACLU immediately filed suit in federal court in Northern California to block the measures, arguing they are illegal.

According to the government, about 70,000 people per year who enter the country between ports of entry claim asylum. 5,600 U.S. troops stationed at the border are already setting up barbed wire along the countryside, and stand ready to assist Border Patrol and Customs Enforcement.

“Using the vulnerability of these families to feed the flames of xenophobia and fear is reprehensible and just another step in the administration’s efforts to advance a white supremacist agenda. We cannot allow this administration to take us back to an era where women and people of color are dehumanized for political gains, and we call upon our UCC congregations to walk in solidarity with all asylum seekers.”