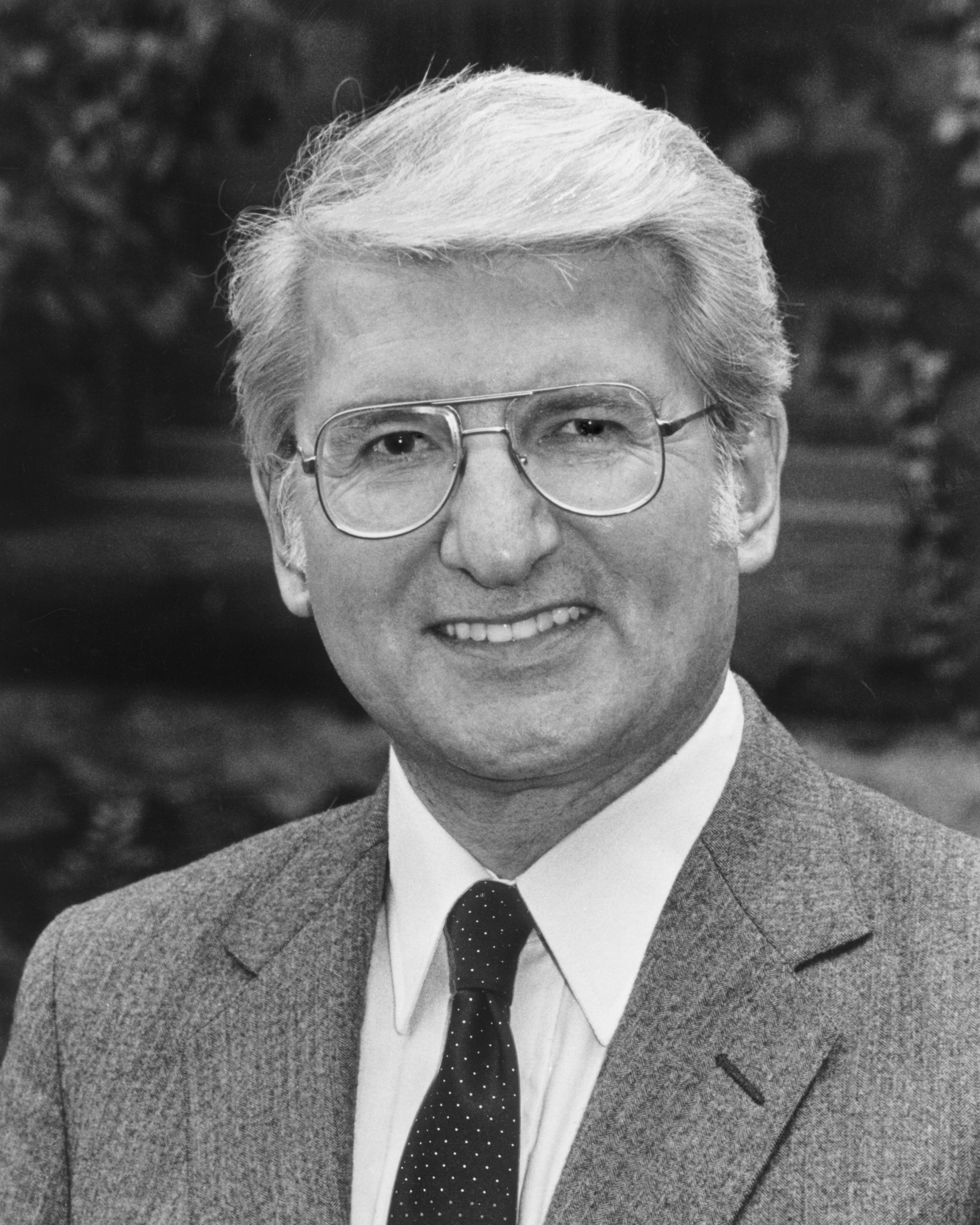 The United Church of Christ is mourning the loss of an eminent theologian, respected teacher, prolific author and passionate activist with the death of the Rev. Gabe Fackre on January 31. The Abbot Professor of Christian Theology Emeritus at Andover Newton Theological School (ANTS), Fackre spent most of his life in service to the church.

“I came to know Gabe, as his friends called him, when I first moved to the Boston area in 1994,” said the Rev. Martin Copenhaver, president of Andover Newton Seminary at Yale. “I was immediately impressed with the orderliness of his thought and his encyclopedic knowledge. He was deeply committed to the cause of ecumenism and was able to describe the theological perspectives of every manner of Christian tradition—and in ways that were nuanced, insightful and respectful.”

Fackre, who spent 25 years on the faculty at the ANTS before his retirement in 1996, was steeped in ecumenism. He was ordained in the Evangelical and Reformed (E&R) Church, and continued serving when the E&R Church joined the Congregational Christian Churches to create the new United Church of Christ.

“Gabe Fackre was UCC in ways that few of us in the church have experienced. Raised as a Baptist, shaped by the intellectual rigor of the University of Chicago Divinity School, he joined the E&R Church in 1950, inspired by the witness of Reinhold Niebuhr,” said Barbara Brown Zikmund, retired UCC seminary administrator and historian of American religion. “When the UCC was born in 1957 his theological horizons expanded. First as a pastor, and then as a professor in two very different seminaries rooted in German Reformed and New England Congregationalism, he thought, wrote and prayed for the UCC. He was a ‘churchman,’ not just a professor.”

Fackre began his teaching career in 1961, as a Professor of Theology and Culture at Lancaster Theological Seminary (LTS) in Pennsylvania, where he remained until 1970.

“I first met Gabe in 1969 when I was a college student at Gettysburg College and attended a ‘pre-seminarian’ day at Lancaster Seminary,” said the Rev. John Thomas, former general minister and president (1999-2009) of the United Church of Christ. “I remember his warmth, his interest in students, and above all his description of how the church in general and theology in particular could engage the massive cultural shifts then underway.”

“Gabe was deeply immersed in encouraging ‘sound teaching’ in the United Church of Christ,” said the Rev. Frederick Trost, former conference minister (1981-2001) of the Wisconsin Conference UCC. “While serving as a professor, he was devoted not only to academic theology but to the relationship of theology to discipleship; a continuous theme in the various books that he wrote.”

A prolific writer in the fields of theology, ethics, and mission, he produced thirty books and monographs, among them five volumes of a series on Christian doctrine, The Christian Story. He contributed to another ninety volumes, and published over three hundred articles and book reviews. Fackre also served as visiting professor or held lectureships at 40 universities, colleges, and seminaries, including Oxford and Cambridge. His papers are housed in Special Collections at Princeton Theological Seminary Library.

Fackre helped found the Craigville Theological Colloquy in 1984 and the Confessing Christ movement in 1993 to give clergy, seminarians, and laypeople forums for theological inquiry to ground their understanding of the faith, preaching, pastoral work, and witness in the world.

He was one of the UCC representatives in the nine-denomination Consultation on Church Union (predecessor to the current Churches of Christ Uniting) and the Lutheran-Reformed Conversation, which resulted in a full communion agreement between the Evangelical Lutheran Church in America, the Presbyterian Church, USA, the Reformed Church of America and the United Church of Christ.

“When I became the denomination’s first ecumenical officer in 1992 Gabe was completing service on the Lutheran-Reformed dialogue team whose work led to the full communion agreement celebrated in 1998,” said Thomas. “Working with Gabe was like a crash course in Reformation history and Reformed theology, an experience for which I am deeply grateful. He no doubt sensed how green I was in these dialogues which had gone on for years. But he was always encouraging to me, never condescending or critical. His irenic theological spirit was rigorous, but always oriented toward bridging divides both historic and contemporary. He regularly returned to the theme of ‘ecumenical and evangelical’ in his writing, seeing the two as complementary rather than contradictory.”

Fackre, born in 1926 in Jersey City, N.J., loved learning. He went to college at Bucknell when he was sixteen years old, and transferred a few years later to the University of Chicago from where he graduated with a Bachelor of Divinity, and got his Ph.D.

“Gabe’s teaching and publications shaped the theological thinking and communication skills of several generations of UCC ministers and theologians,” said the Rev. Jim Antal, president and conference minister of the Massachusetts Conference UCC. “From the seminary classrooms to his weekly Table Talk gatherings, to the annual Craigville Colloquy, to his tireless endeavors representing the UCC in the Consultation on Church Union – Gabe brought his incisive and comprehensive theological insight. Informing all of this was his profound recognition of injustice in all its forms, and his exemplary, outspoken witness against racism, inequality, homelessness and environmental exploitation. In all of this, his wife of 72 years, Dorothy, was a full collaborator, partner, and source of joy.”

“Gabe and his wife, Dot were protesting against injustice in the 1940s when they were theology students together, and never stopped,” said Andy Lang, executive director, Open and Affirming Coalition of the United Church of Christ. “They were very much a team in their passion for theology and social justice; active in the early civil-rights, workers’ rights, and anti-war movements. They were lifelong witnesses against racial, economic and environmental injustice. Gabe was a lover of the Christian tradition, and learned from that tradition that a faith that does not inspire us to revolt against the powers of evil is meaningless.”

Dr. Fackre’s marriage to Dorothy in 1945 began a partnership which lasted until her death in October. They committed early to social action, beginning with a campaign to bring Nisei students from World War II internment camps to Bucknell and taking part in a Quaker peace caravan in the closing year of the war. At Chicago, Dr. Fackre led a walk-out at the Quadrangle (faculty) Club when the majority of its members refused to accept an African-American professor. While at Chicago, after a student trip to study ‘The Church and the Working-Classes in Great Britain,’ Dr. Fackre and his wife served a mission congregation in the back-of-the yards district, then spent a decade in mission in the steel mill towns of Homestead and Duquesne, Penn., addressing issues of the working poor.

In the 1960s when Fackre was a professor at LTS, he and his wife founded a network of ‘freedom schools’ for young black and white Lancastrians, and participated in demonstrations for civil rights in the city. Dr. Fackre joined Martin Luther King’s March on Washington in 1963, and was part of a United Church of Christ contingent that assisted in voter registration in Canton, Mississippi in 1964.

When Fackre was called to teach systematic theology at ANTS, he and his wife continued to participate in peace and justice activities during their twenty-five years in Greater Boston. In retirement on Cape Cod, they advocated for the homeless, efforts in environmental justice, and peace concerns.

“Gabe would say that his Christian faith consisted of ‘core’ and ‘care,'” said the Rev. Richard Floyd, one of Fackre’s ANTS students and pastor emeritus of First Church of Christ UCC in Pittsfield, Mass. “‘Core’ was the foundational ‘Christian Story’ and ‘care’ was all that naturally flowed from it: his care for others, his concern for the poor, his work for civil rights and on behalf of justice and peace.”

His memorial service will be held at South Congregational Church in Centerville, Mass., on March 3. Donations in his memory in lieu of flowers can be made to the Christian Camp Meeting Association either directly or with a note in the memo for the Fackre Scholarship; to the Craigville Theological Colloquy; to South Congregational Church, UCC; to Confessing Christ (c/o Wisconsin Conference), and to the Homeless Ministries of the Cape Cod Council of Churches.

“He was committed to the wider church/ecumenical movement and the capacity of the Gospel to overcome divisions between Christians and build bridges between diverse religious traditions,” said Zikmund. “He was also able to blend faith, love, and action.”

“Gabe could be a critic of the United Church of Christ, but always a loving critic,” Thomas said. “Like any good teacher, he didn’t want us to be different, he wanted us to be more — more respectful of the theological heritage we have inherited, more articulate in the theological grounding of our mission, more open to the theological voices and insights of those we tend to shun, more confident in our embrace of the Gospel of Jesus Christ, more humble in our recognition of the partiality of our grasp of truth. For this the church is profoundly grateful.” 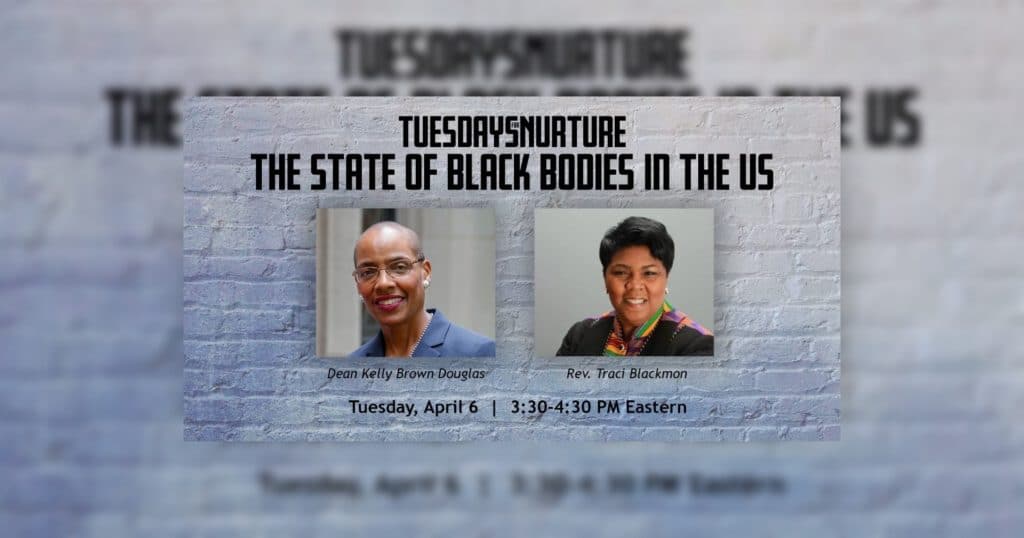 The United States must name white supremacy as a health crisis. And the church needs to lead the... 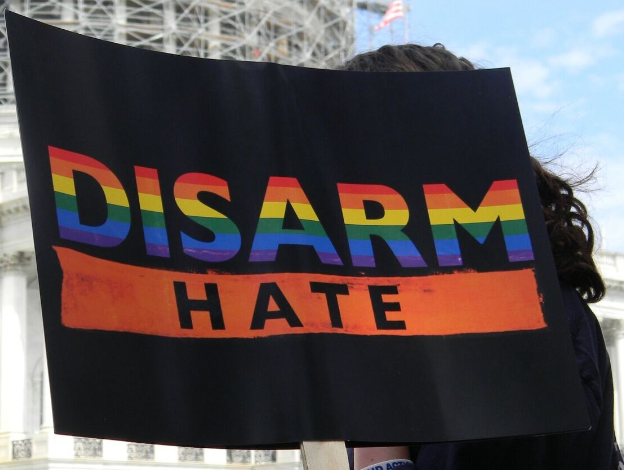 They are limited actions and a first step, but clergy of the United Church of Christ are... 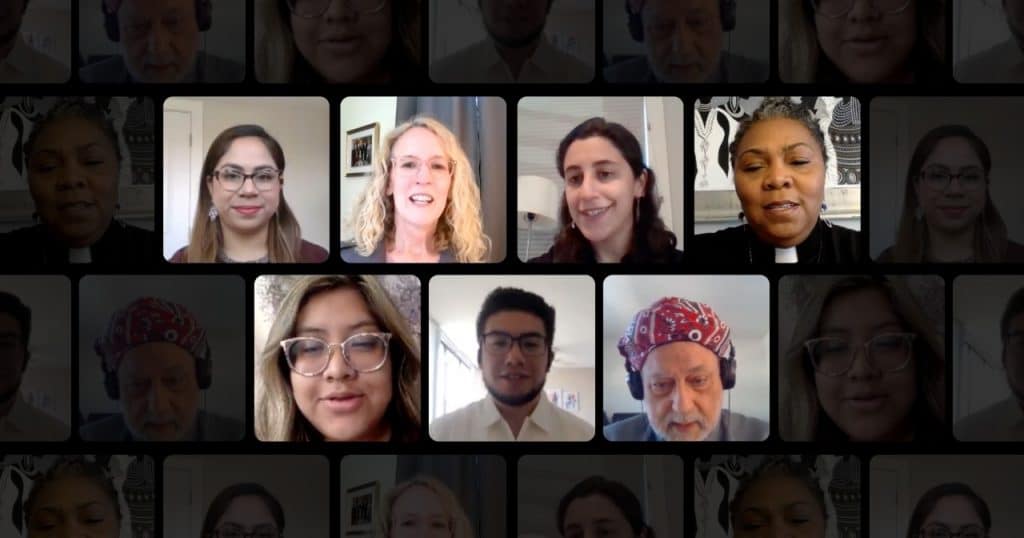 Faith leaders speak as one to reunite all families

Faith leaders representing a number of traditions came together at noon Wednesday in...