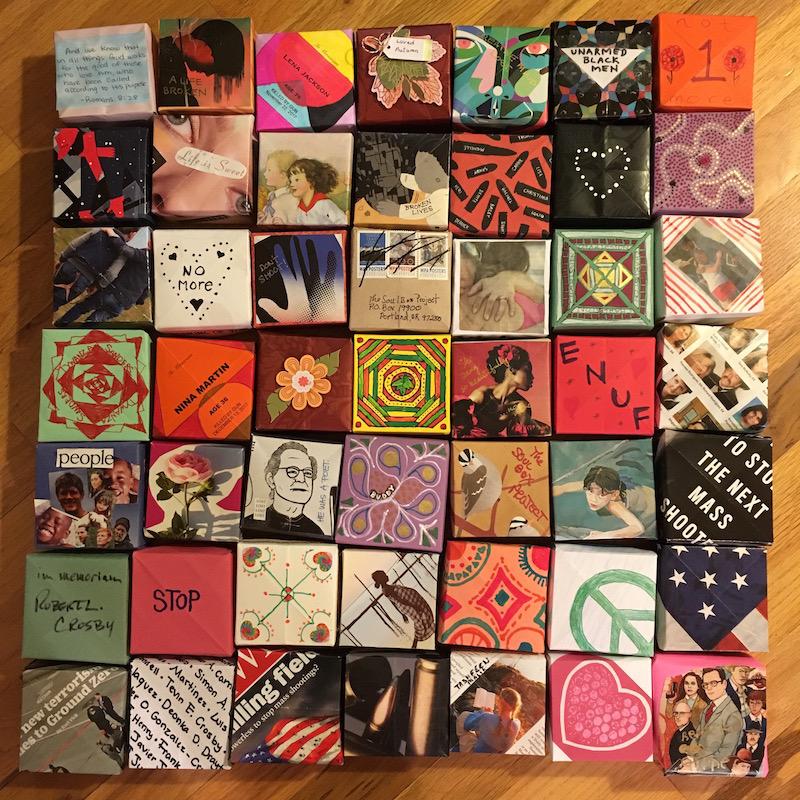 The police were still searching the Pittsburgh synagogue when our women’s circle convened. The news was fresh enough that some of us hadn’t heard about it yet. Before we began that meeting, as we shared what we knew, we began to fold Soul Boxes. It wasn’t long before we had eleven small origami boxes, one for each person killed at the Tree of Life Synagogue on October 27.

The Soul Box Project is collecting one origami box – a Soul Box – for every person killed or injured by gunfire in the United States since 2014. The Boxes will be displayed in public spaces around the country to raise awareness about the epidemic of gun violence. The Project began after the mass shooting in Las Vegas on October 1, 2017. Our congregation at First Congregational UCC began making Soul Boxes a few weeks later.

We folded Boxes during fellowship hours. We brought in Boxes that we’d folded at home with our families, friends and neighbors. In February, our church’s ArtReach Gallery hosted the first public display of Soul Boxes – 732 Boxes for the children under age 12 shot in 2017. In March, we joined young people in the March for our Lives, carrying 4,624 Soul Boxes – one for every child shot since January 2017.

Some of us remembered the AIDS Memorial Quilt in the 1980s. We understood the power of art to change perceptions. What we didn’t understand was the power of taking time to purposefully acknowledge a victim. 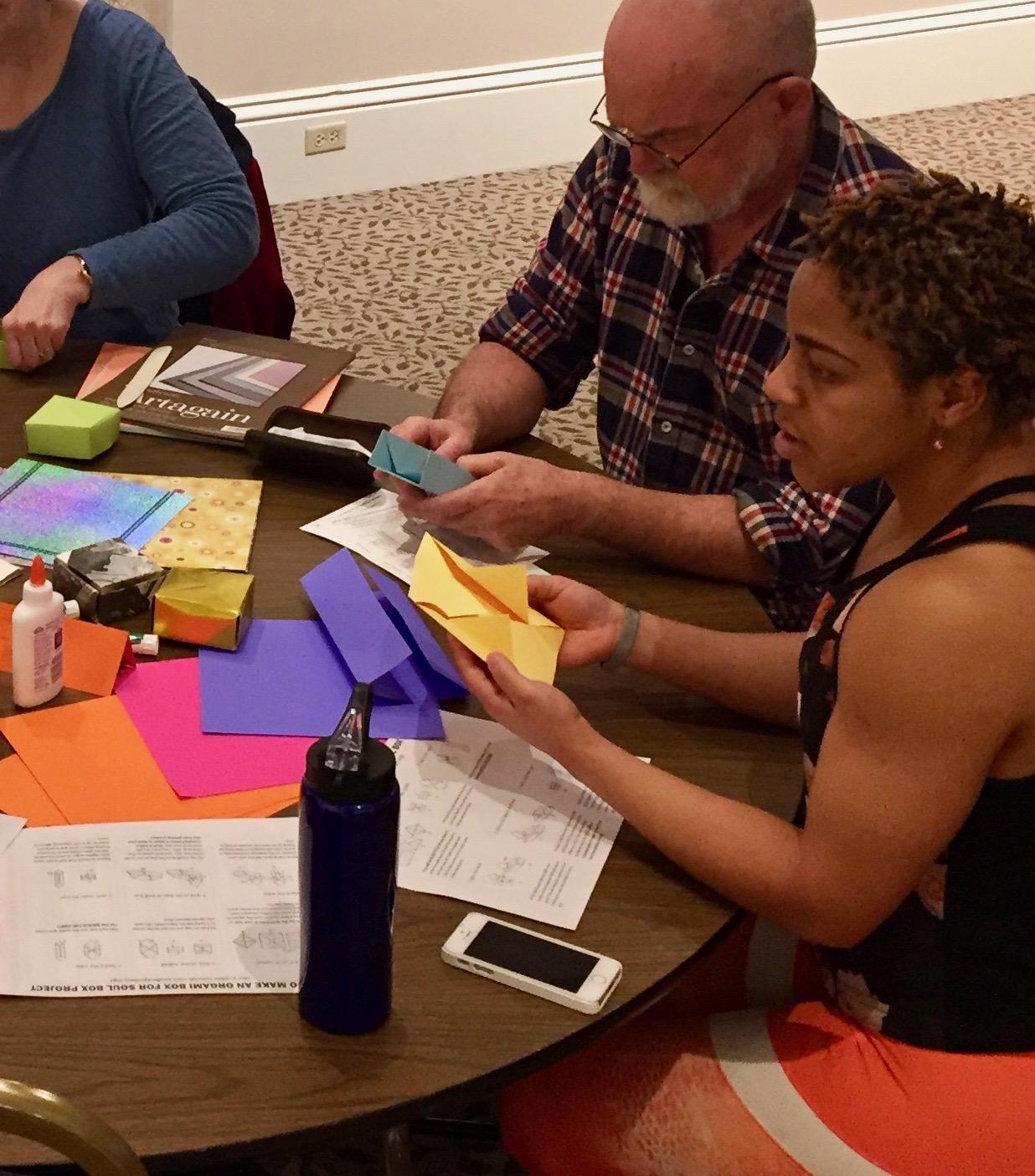 We saw people who would never protest at a rally take this one small action for responsible gun control. We heard people share their stories. We felt our hearts open to healing as we folded. After an accident. Or a suicide. Or an ambush in a place of worship.

The day after our women’s circle meeting in late October, our senior minister delivered the eleven Soul Boxes to an interfaith vigil at a local synagogue.

We participated in the We’ll Take the Sabbath initiative this fall. To hold space for the 100 people shot on an average Sunday, we folded 100 Soul Boxes each week. In December we blessed 3,456 Soul Boxes to be used in future installations. In February, we’ll march in a funeral cortege of 36,000 Boxes – one for each person shot in the U.S. in an average year – at the Oregon State Capitol. And until the gunfire epidemic in our country is under control, we’ll continue our Soul Box-folding practice.

The Soul Box Project was founded by Portland artist Leslie Lee as a way to tangibly represent the 168,000+ people who have been shot in the U.S. since 2014. Visit this website to learn more. Download a free toolkit for faith communities here.