Into the Mystic: Wherein Hope 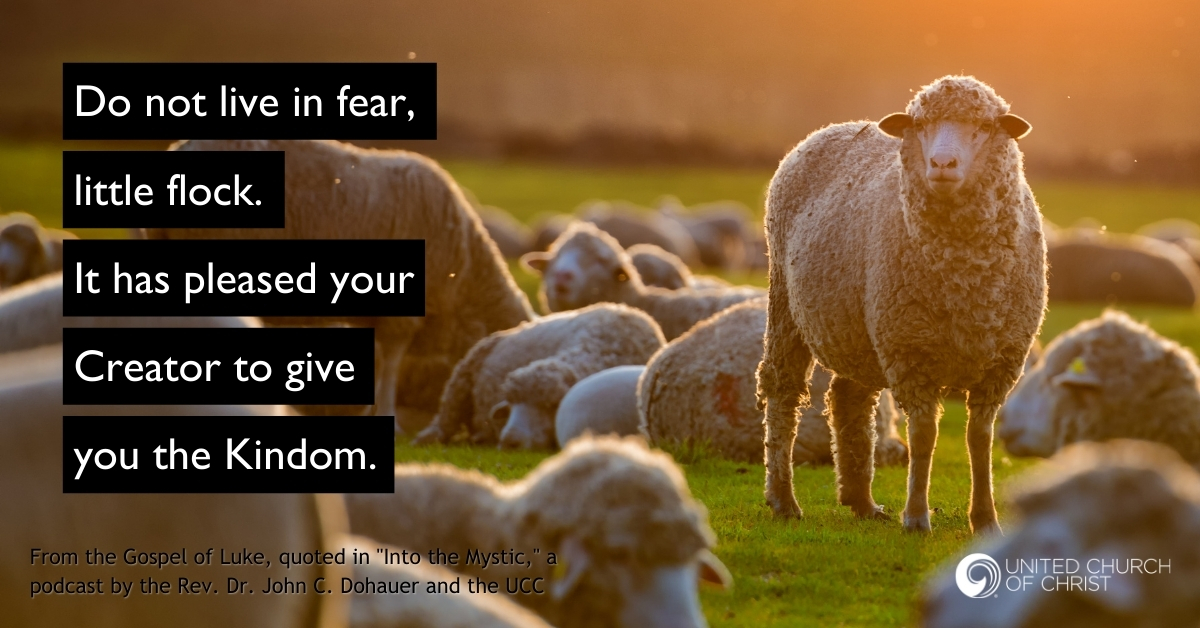 God gives us hope that grief and fear will not overcome us because God is light in the darkness.

“We do not grieve as those who have no hope.” So wrote Paul in his letter to the Thessalonians.

“Do not live in fear, little flock. It has pleased your Creator to give you the Kindom.” So Luke reports in his gospel those words of Jesus.

I have been rehearsing these words over and over again in an effort to fight off anxiety, fear, and fatigue in the midst of a global pandemic, ongoing terrorism at the hands of racists in our country, and an election cycle with gamed-out scenarios that threaten our democracy.

Are these just words?

I spent an evening last week having this discussion in the succah of a friend. Mimi and I commiserated with him and his wife. That two devout Jews and two passionate Christians spent an evening together wearing masks but sharing conversation reminded me that divisions that have in the past caused rivalry and distrust could become seeds of mutual love and respect.

Saturday evening I attended a service celebrating the fulfillment of a dream years in the making. The Tri-Faith Initiative in Omaha, NB birthed the permanent residency of a synagogue, a church, a mosque, and an interfaith center on one 38-acre campus.

In Douglas, MI there is a small, rural church filled mostly with retirees worried about showing up in long lines to vote, or about their ballots getting lost in the mail. So the younger members formed a pool of volunteers to shuttle the retirees to a location where they could safely drop off their ballots to be counted.

I spent an evening last week on a call with a church on the west coast. Mostly white, they had hard questions about my support for Black Lives Matter. They were wrestling with their privilege and wanted to hear more about a movement they were being told was violent and disruptive. Over almost two hours they listened deeply and intently and graciously received what was shared with them with an openness that risked real transformation.

I have received countless letters and emails from partners around the world. One from the Rev. Nigel Uden in Cambridge, England told the story of a pastor who was called to serve the church in Coventry after it had been laid to waste in the Second World War. Nigel shared with me that the pastor agreed to serve the church when deacon there told him about the bombing: “There is no change this church cannot endure as long as the gospel is preached and the kindom extended.”

In all of these incidents, and so many more besides, I find some hope. Is it enough? Well, I’m still smiling. I’m still thriving. Yeah, I’m still grieving and I’m overly tired and I’m worried that America could be imploding. I see enough justify all of those feelings. But I also see enough to maintain hope.

We do not grieve as those who have no hope.

Do not live in fear, little flock.

All manner of thing shall be well.

So, where is your hope? Name it. Out loud. To another or to yourself. And, please God, let it be enough to cast overcome the grief, cast out the fear, and relieve the exhaustion on this, our journey Into the Mystic.