Into the Mystic: Faith and Politics 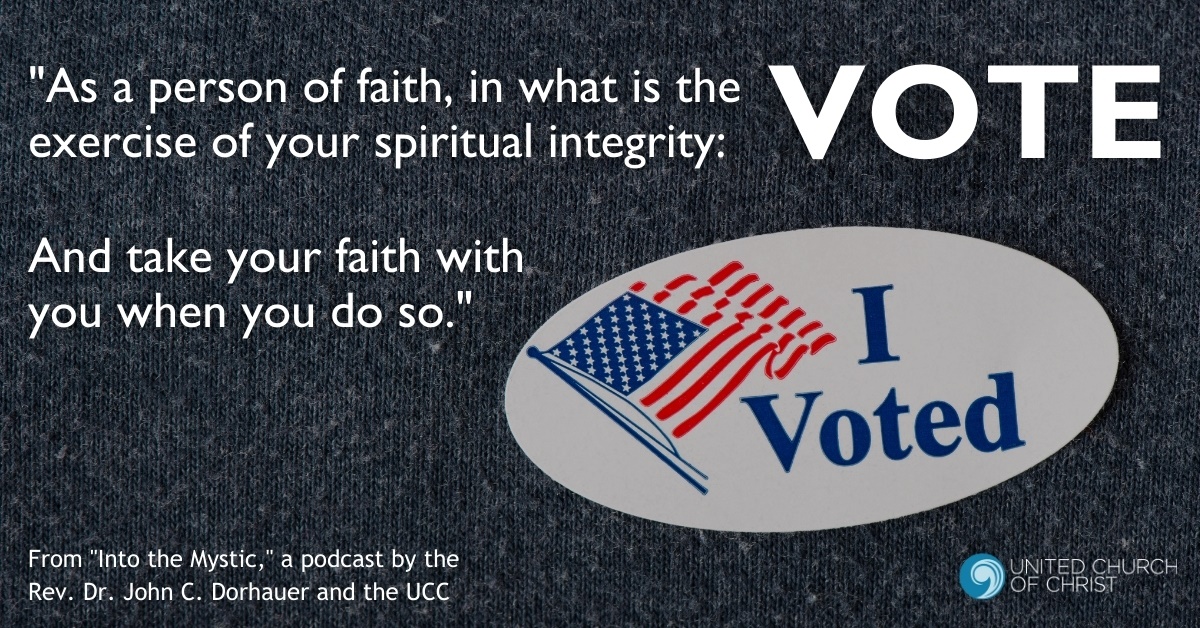 For people of faith, is it possible to keep your faith out of your politics?

When I lived in Phoenix, I was invited to host a weekly radio show. I called it Relevance Radio. My intro included a clip from Bob Dylan’s song “Political World.” He would sing, “we live in a political world, love don’t have any place. We’re living in times where men commit crimes and crime don’t have any face.”

How often have you heard it said that “faith and politics don’t mix.” My tagline for that radio show was written in open defiance of that adage. I called it the place where faith and politics collide. I would interview faith leaders, politicians, and public servants and ask them how their faith determined or affected the political choices they would make or political actions they would take.

I am not saying that politics are my only, or even my best, way to respond. But it makes no sense to me to say that of all the arenas I am called to act in, politics is the one place I have to eschew my faith.

There are some lines I won’t cross. I won’t use my position or power as a pastor, or an officer of a denomination, to tell others how they should vote. I won’t even tell them how I will vote. That makes sense to me. And while I won’t keep faith out of my politics, do expect my government to keep their politics out of my faith.

Respecting those boundaries, I would encourage every person of faith to not only be active engagers in and of the political process but also to make sure that whatever political options they choose be grounded in the teachings of your faith.

If your faith calls you to care for the poor, you might look to support political candidates and or programs that you believe favor the poor over the rich, that ensure access to education and health care for all rather than for those who can simply afford it.

If your faith calls you to care for the prisoner, you might then be wary of a law and order politics that promise to lock someone up and throw away the key or that refuse to hold law and order practitioners accountable for their own egregious behavior.

If your faith teaches you love your enemy and pray for those who persecute you, think might then twice about politics that are beholden to the military industrial complex.

I know a number of Christians for whom abortion prevention is the single greatest moral issue of their time, and they vote for anyone who promises to govern with that in mind. I don’t count myself one of them – but I understand their passion for that. It a clear argument for letting your faith into your politics.

I have always avoided turning this podcast into a political statement. I have strong and clear opinions about my politics – and they are formed and shaped by my faith. I do so today with only one clear message and intent – and I believe it to be at its core a spiritual intent and not a political one.

That message is this: vote.

As a person of faith, in what is the exercise of your spiritual integrity: vote.

And take your faith with you when you do so.

Let all voices be heard, all votes be tallied, and the victor guided and governed by a healthy sense of what serves the common good on this, our journey Into the Mystic.