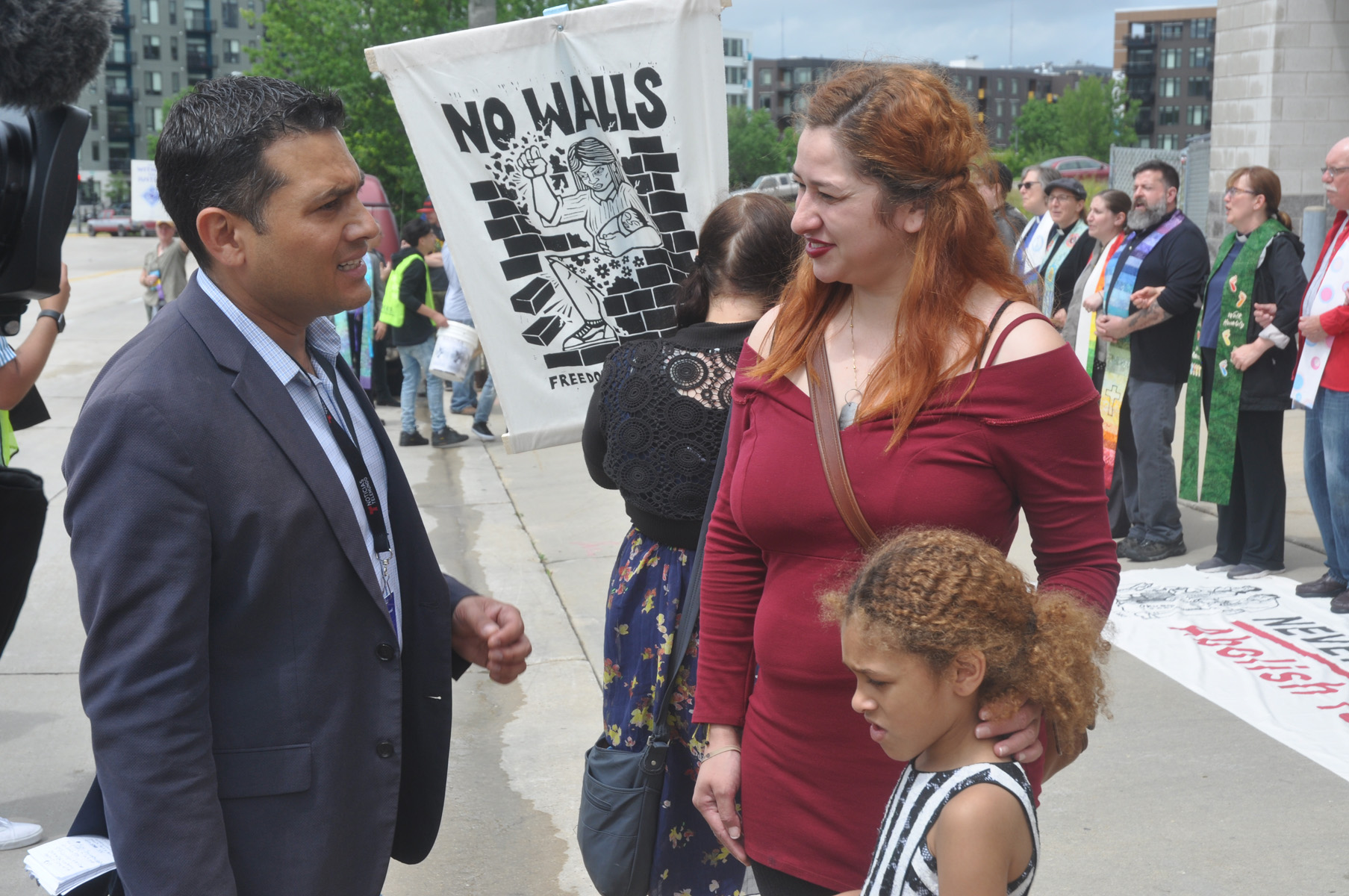 Betty Rendón was serving as a student pastor at Emaus Evangelical Lutheran Church in Racine, Wis., when her life—and her family’s—was turned upside down when her daughter was stopped by an Immigration and Customs Enforcement (ICE) agent in an apparently random action.

The case of Rendón, who was deported last month,  was the initial reason for the rally on Monday, which delegates and visitors to the United Church of Christ’s General Synod joined, marching from the Wisconsin  Center to the ICE offices a mile away.

In an interview before the rally, Rendón’s daughter, Paula Hincapie Rendón, described how her family arrived in the United States 14 years ago after leaving their native Colombia. She said her mother’s application for political asylum was denied years ago, when an immigration judge found that her application had not been filed within the requisite year of her arrival in this country.

On May 8, Hincapie Rendón said, ICE officers stopped her when she was driving to an interview for her own citizenship application with her 5-year-old daughter. Hincapie Rendón said the unidentified officers detained her with handcuffs, then finally identified themselves and agreed to take her daughter to Betty Rendón’s home.

At the family home, Paula said, the agents found Paula’s dad Carlos outside leaving for work and forced him to open the door to his house. As they entered, a cousin ran into the house and hid. Several ICE officers ran through the house searching for him, and questioned Betty about the young man. Betty, Carlos and the cousin were also arrested and detained by ICE, and Paula was told her daughter would be sent to a foster home. Paula was later released when ICE determined that her estranged husband was a Deferred Action for Childhood Arrivals (DACA) recipient. The rest of her family was deported three weeks later.

Paula and her daughter, Layla Hincapié are now in Chicago, trying to pick up the pieces of their lives as immigrants without any family support. “I’m heartbroken,” she said, “and facing bills to pay without my parents’ support.”

Alice Foltz, a Synod Newsroom volunteer, is a member of Wellspring UCC in Centreville, Va.