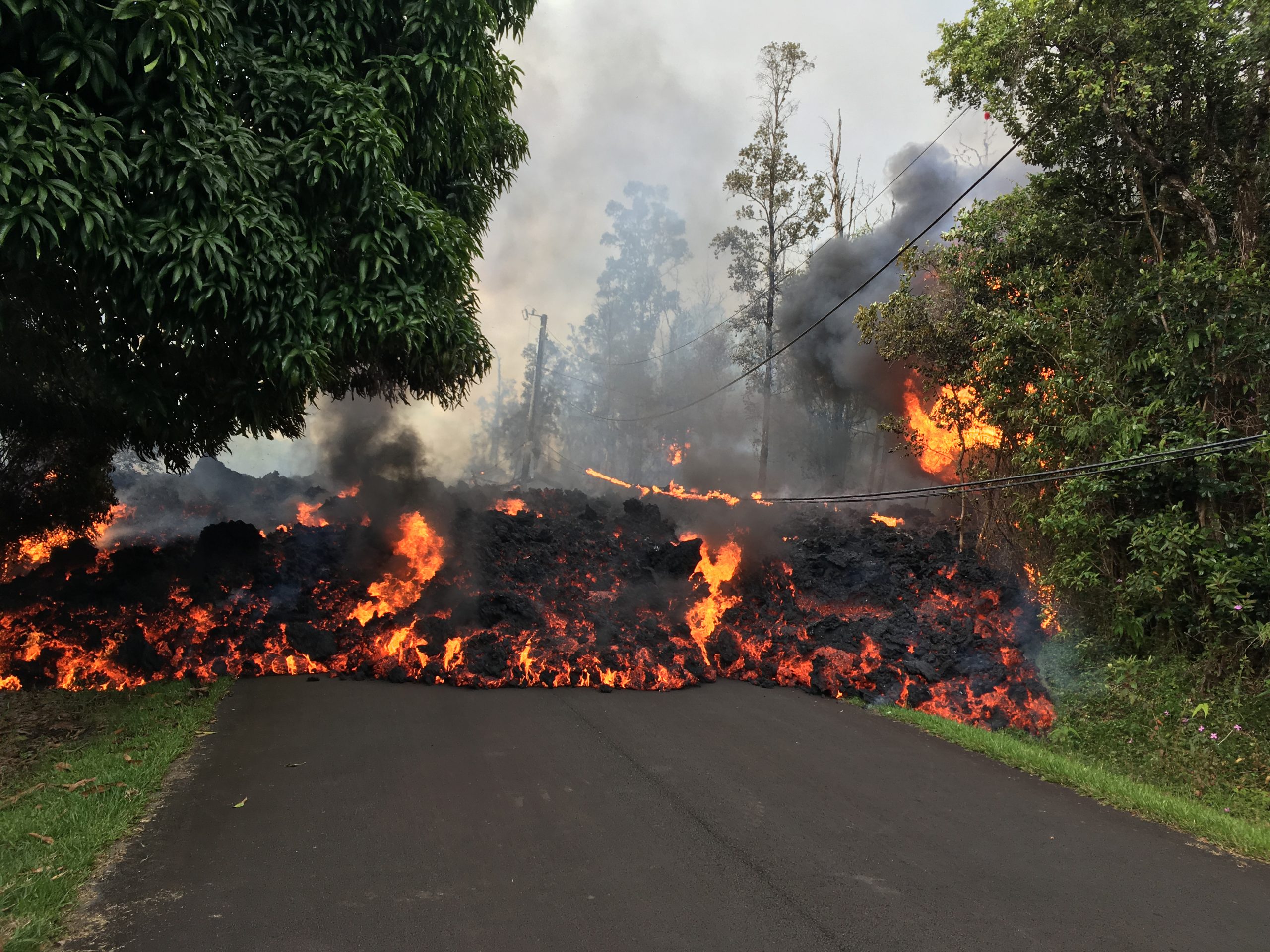 Over the course of ten days, seventeen fissures have opened in the Puna district on big island of Hawai’i, spraying molten rock up to 250 feet in the air and disgorging slow-moving lava flows, some within residential neighborhoods. Three UCC congregations are located close to the affected area. This week, over forty religious leaders came together in nearby Hilo to coordinate their response. Prayer services and a chaplaincy rotation are coming together as the eruption continues.

On Sunday, May 6, a few days after the first fissures began opening in the Leilani Estates subdivision prompting hurried evacuations and destroying homes, eight people gathered at the Opihikao Congregational Church UCC just three miles makai (toward the ocean) of the nearest rift. They prayed together and celebrated Holy Communion. They even enjoyed a pot-luck lunch.

“The presence of the Lord was there,” said Kahu (Pastor) Harriet Daog. She and her congregation have lived with volcanic activity for a long time.

Hawai’i Island has a land area nearly that of the state of Connecticut, all the result of molten rock rising from miles beneath the surface to claim land from the Pacific Ocean. Ancient Hawaiian religion named Kilauea’s summit crater Halema’uma’u, the residence of Pelehonuamea, an active, unpredictable, living goddess who would both create and destroy. To this day, the island’s residents speak respectfully of “Tutu Pele,” or Grandmother Pele. She symbolizes an active, unpredictable, living planet. 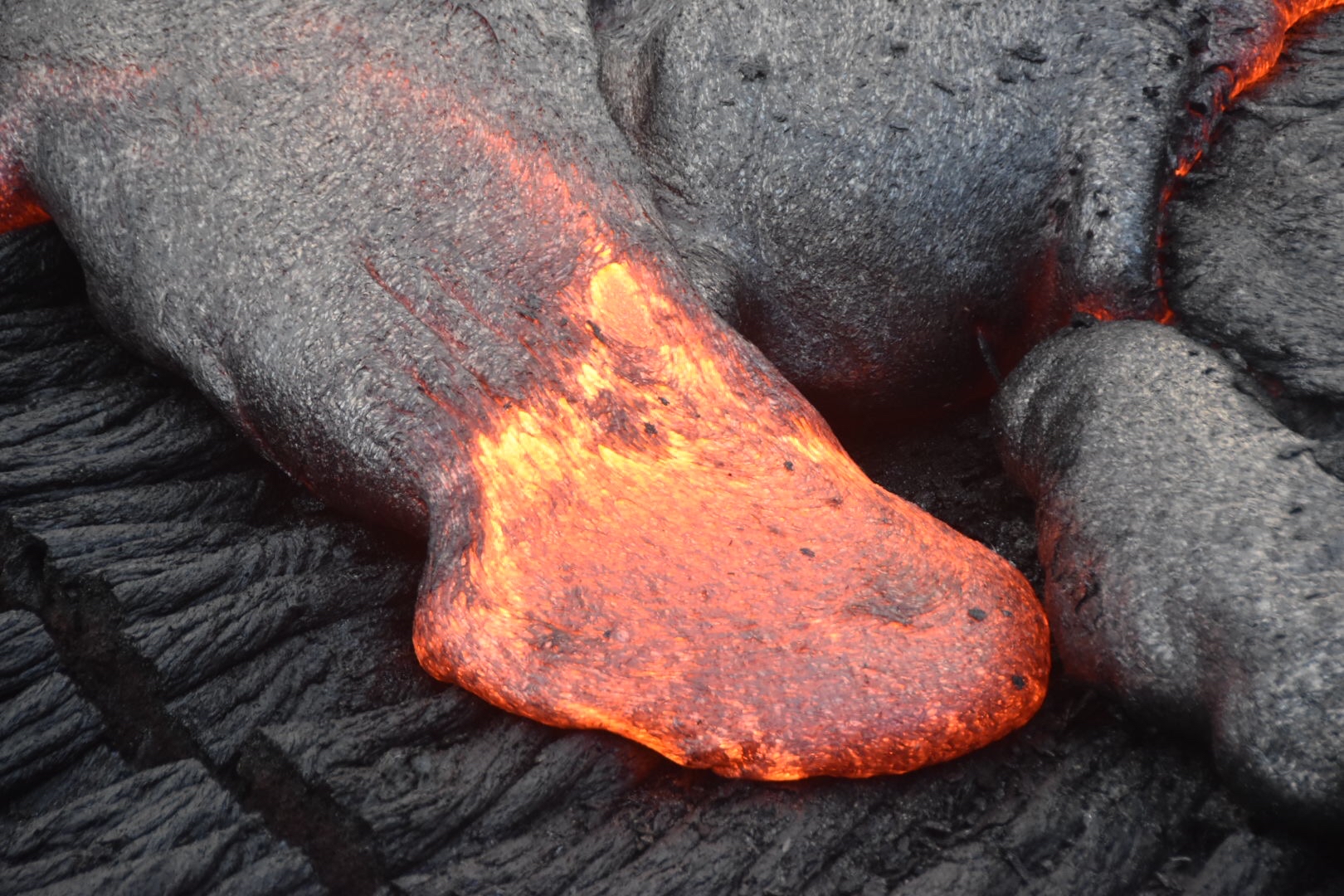 The current outbreaks are the latest in a twenty-five year-long eruption. Four years ago, a lava flow threatened the nearby community of Pahoa, stopping less than a half a mile from cutting the main road.

Though the current eruption has produced no sizable rivers of molten rock – the fissures have typically ceased activity in a few hours – it has driven around 2,000 people from their homes in Leilani Estates and Lanipula Gardens neighborhoods. Hawai’i County and Red Cross officials report that less than fifteen percent of the evacuees have shown up at their shelters, as most have turned to friends and family, trusting in the tight bonds of the community. Kahu Diane Hultmann at Puula United Church of Christ, three miles inland from the active zone, has labored to find places for five of her congregation’s families. “They were all in church on Sunday,” she said.

After seven days, lava had claimed twenty-seven homes and nine commercial structures, but no human lives. 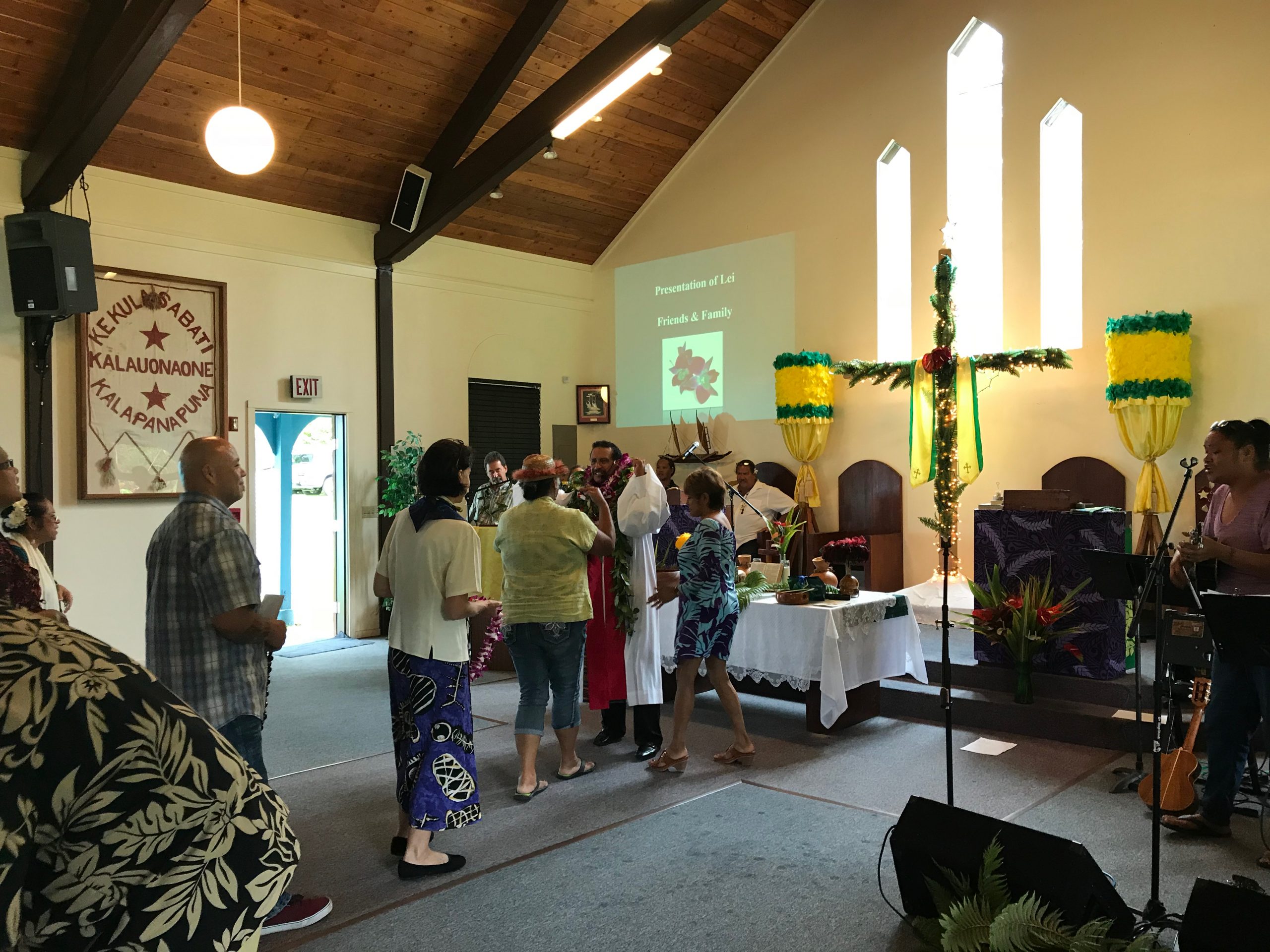 On that first Sunday after the eruption, just down the road from Puula UCC, the Rev. Michael Warren, Kahu of Kalapana Maunakea Congregational Church UCC, struggled to reach his church in the Nanawale Estates subdivision. Road closures and streets congested by residents anxious for their homes snarled traffic. Later in the week, as they worked to offer support to displaced members and neighbors, city crews had to repair a water line damaged in a 6.9 earthquake.

“The churches are really reaching out,” he said. “Everybody is doing food and contributing. The faith-based force has really come in.”

Rev. Warren fears that communities makai of the activity, such as Opihikao, could be  cut off. There are relatively few roads in Puna. Alternative routes may require miles of roundabout travel, or not exist at all. In addition, parts of the coastline may not be stable, and further earthquakes could trigger a collapse and create a tsunami.

Aware of the danger, Kalapana Maunakea’s congregation has removed treasured artifacts to a safe location, as have members at Opihikao and Puula. Puula members once moved their entire building to get it out of the path of a lava flow. In 1990, an eruption destroyed Kalapana Maunakea’s building – built in the 1860s after its predecessor was also taken by lava.

Two days without new fissures Thursday and Friday ended when a new rift began fountaining lava on Saturday – fortunately away from homes. Geologists from the Hawai’i Volcano Observatory warn that magma continues to move beneath the surface, and could emerge at any time near the existing rifts, or in a new location. Volcanic gases, particularly sulfur dioxide, can be deadly. The event is far from over.

This natural disaster happens in slow motion. It has no discernible end in sight. It’s not like a hurricane, which arrives, makes its mark, and leaves – and then the recovery can begin. Hawai’i residents cannot know how long it will go on, how large it will grow, or how many will be affected.

The Rev. Eric S. Anderson is pastor of Church of the Holy Cross UCC in Hilo, Hawai’i, where the congregation has joined in collecting non-perishable food, water, and dollars for their neighbors.

Top photo courtesy of the U.S. Geological Survey. Other photos by Eric Anderson.