How do you wash your hands of coronavirus in an African draught? Why is the president of the Philippines giving shoot-to-kill orders during a pandemic? Where do Palestinians get health care while blockaded in Gaza? What can North Americans do to help? 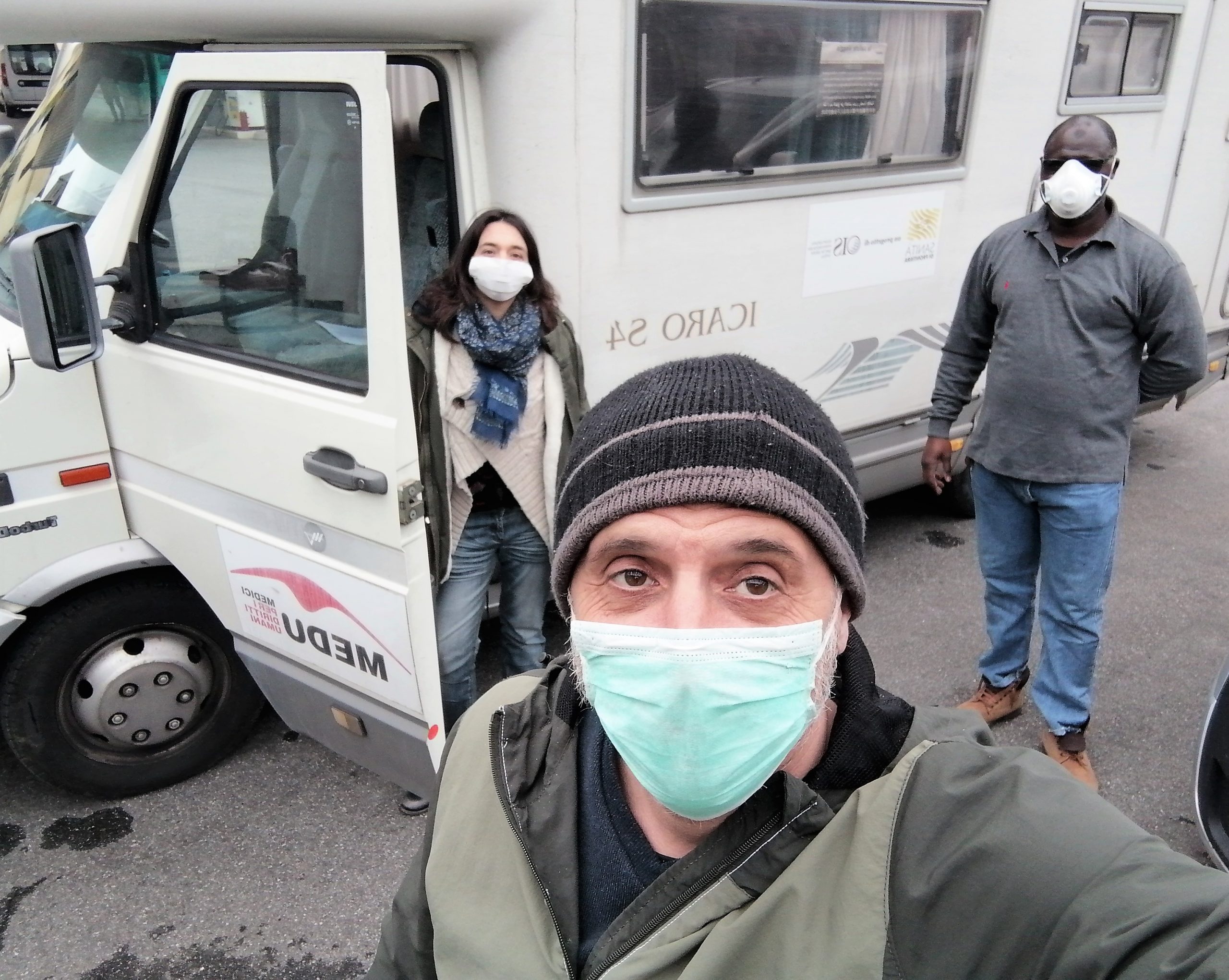 Those are some questions and themes emerging from live COVID-19 updates being offered via Facebook by Global Ministries of the United Church of Christ and the Christian Church (Disciples of Christ).

The final two updates, at 3 p.m. Tuesday and Thursday this week, will feature:

Recordings of previous updates – by area executives Peter Makari on the Middle East and Europe, Deenabandu Manchala on Southern Asia, and Derek Duncan on East Asia and the Pacific – are being posted for viewing as they become available. This Global Ministries page tells where, and offers registration for this week’s online presentations.

As is true in the U.S., the pandemic is exposing the longtime neglect of social and health-care systems all over the world, said the five executives in an April 20 summary, “COVID-19: Indiscriminate Disease, Unequal Vulnerability, and Inspiration for Human Resilience.”  “No one is immune,” they wrote. “Yet even as we witness the seemingly undifferentiated contagion of COVID-19, we cannot help but recognize that some are more vulnerable than others. This unequal vulnerability is in direct relation to wealth and privilege, which translate into access to testing, health care, and even acknowledgment of the presence of the disease.”

Many partners around the world have discontinued in-person worship services due to the pandemic but have kept up disaster and refugee response and other outreach ministries, shifting tactics to fight COVID-19.

Examples of this from Southern Asia, where Global Ministries is in the midst of a special 18-month initiative, appear in this compilation of brief reports from partners in eight countries.

In the Middle East, two Coptic Christian partners of Global Ministries, one Orthodox, one Protestant, were responding to floods, poverty and homelessness caused by torrential rains in Egypt just before the March pandemic shutdown, Makari said. “They were providing repairs to homes, mattresses, pillows, meals and shelter,” he said, but are now focusing on “the distribution of World Health Organization educational materials, soap, sanitizer, gloves and masks, towels and wipes.”

The Fellowship of Middle East Evangelical Churches has adjusted its work with Syrians displaced by war. There are 6.2 million of them inside the country and another 5.5 million scattered throughout the Middle East. Many lack proper shelter. Makari said the Fellowship’s workers, already busy “with an appeal for winter items, such as blankets and stoves,” now “have shifted to the provision of hygiene kits, which include soap, shampoo, hand sanitizer, dish and laundry detergent, for people who are the most vulnerable.”

In Europe, Italy is high on the list of countries hit hard by COVID-19. Two Global Ministries partners there have had some success in getting special relief from heavy lockdowns to aid African refugees arriving from across the Mediterranean. The Waldensian Church and an 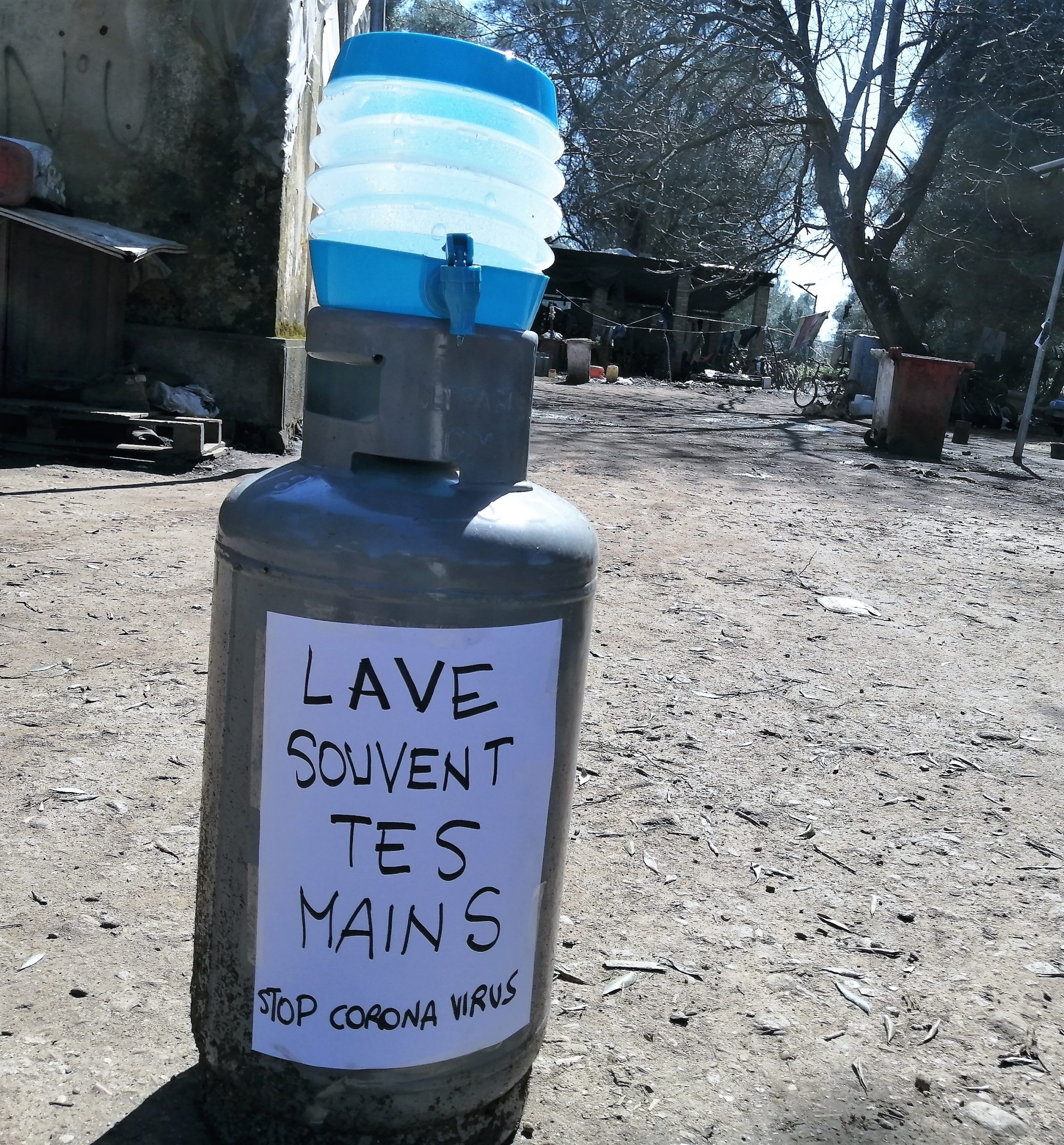 ecumenical relief agency to which it is related, Mediterranean Hope, have been able to continue some of their longtime work in Italian refugee camps, providing hygiene kits, information and education. (Pictures with this article depict their work.)

“As you can tell, there are a number of preconditions in all of these countries that have been complicated and even highlighted by the COVID-19 pandemic,” Makari said.

‘Persecution of the poor’

Some partners are trying to keep up high-impact mission activities online. An example mentioned by Duncan is the Bazaar Café in Kyoto, a ministry of a regional body of the United Church of Christ in Japan that serves vulnerable people. He said Global Ministries mission co-worker Martha Mensendiek, who volunteers there, had explained: “Since this unique ministry provides meeting spaces and services for many persons who find themselves on the margins of Japanese society – including migrants, addicts, LGBTQ individuals, and those with HIV – they … hope to refocus their mission virtually.”

Other Asian countries, Duncan said, “have not had the resources or robust enough health care systems to respond adequately to the pandemic” – a situation made more difficult, in some cases by political realities. He quoted a March statement by leaders of the United Church of Christ in the Philippines as saying, “The pandemic has opened our eyes to the lack of political will to improve the health care system to serve the majority” of people living in poverty.

Duncan also noted that, “in countries with extreme social disparities, like the Philippines, the expanding COVID-19 threat has allowed autocratic governments to increase executive power.” In March, Philippine President Rodrigo Duterte began using “enhanced community quarantine” to crack down on citizens, especially poor ones – even “instructing soldiers to shoot anyone who breaks curfew,” Duncan said. 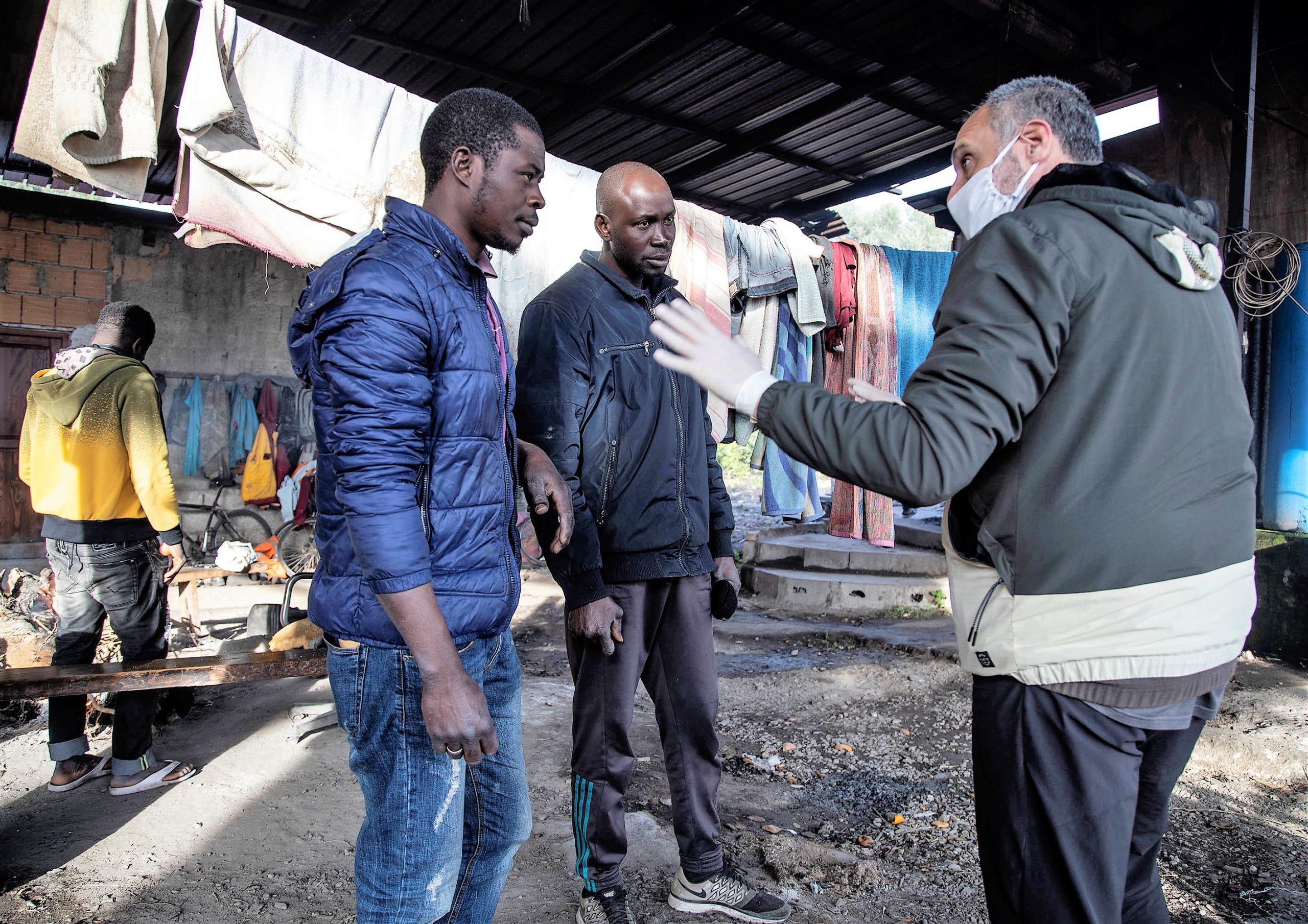 Duterte drew criticism in a statement from leaders of the ecumenical National Council of Churches in the Philippines, who said they were “disturbed over the government’s militaristic approach and its fixation on arrests and imprisonment in a time of a public health crisis.”

“More than 20,000 have been arrested by the police and military from March 17 to April 5, even more than the number of COVID tests conducted to date,” the NCCP leaders said. “Arresting and putting them in crammed spaces defeats the purpose of social distancing. The remarks ‘Shoot them dead’ and ‘No mercy’ coming from the current administration has turned this crisis into a spectacle of persecution of the poor.”

How people, churches can learn more and take action

Global Ministries and other UCC leaders have raised their voices, too, “particularly on the issues of sanctions and blockades,” Makari said. He cited examples, including:

Financial gifts have helped, too, Duncan said. He said warm thanks were received from China for Global Ministries’ $15,000 contribution in January  – funded by One Great Hour of Sharing and the Disciples’ Week of Compassion – toward shipments of medical coveralls and masks at the start of the coronavirus outbreak. Gifts from several denominations resulted in 150,000 masks and 8,000 coveralls reaching hospitals there, via a partner, the Amity Foundation.

As social distancing continues, Global Ministries has multiple ways for U.S. churches and individuals to take action and share information. Among them:

“With closed borders, physical distancing, and the stark and swift rise in numbers of people affected by COVID-19, we see our partners persevere and continue their inspiring work,” said the Global Ministries area executives in their April 20 statement. ” . . . Despite the risks and the restrictions on movement and access, our partners and the communities they represent are motivated to respond to the compounded human needs they face, and they move us to respond with like perseverance and compassion.”