Getting to Know Brooks Berndt, the UCC's Environmental Justice Minister 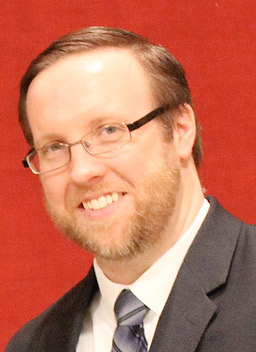 Before becoming the UCC Minister for Environmental Justice in 2015, Berndt served for eight years as the pastor of First Congregational UCC in Vancouver, Washington. While there, he became active in two environmental campaigns that were ultimately successful: transitioning the state of Washington away from its only coal plant and preventing the establishment of the largest marine oil terminal in the country in Vancouver.

During his time as pastor, Berndt published his first book Sounding the Trumpet: How Churches Can Answer God’s Call to Justice. It was co-authored with the Rev. Dr. J. Alfred Smith, Sr., a prophetic pastor at Allen Temple Baptist Church in Oakland, California. Scholar Cornel West described the book as "a masterpiece…full of deep spiritual truths."

Berndt's second book is Cathedral on Fire!: A Church Handbook for the Climate Crisis. In the book, Berndt focuses attention on the unique and vitally needed gifts that churches can offer to the climate movement while also offering field-tested actions for congregations to take. About the book, the Rev. Dr. Gerald Durley declared, "As one who marched with Dr. Martin L. King, Jr., this book captures the motivating emotional and spiritual feelings we had during the Civil Rights Movement. We felt 'the urgency of now,' and that is what this book does for the reader."

As the Minister for Environmental Justice, Berndt led the way in the issuing of the UCC's 2020 report entitled "Breath to the People: Sacred Air and Toxic Pollution" which identifies 100 of the nation's super polluters and how their toxic emissions threaten communities and children, especially in places such as Houston, Louisiana's Cancer Alley, and Ohio's Lake Erie coast. Berndt writes and edits an environmental justice newsletter called The Pollinator, while co-hosting monthly Creation Justice Webinars which have featured everyone from the climate scientist Katherine Hayhoe to Senator Cory Booker. During Berndt's time at the national setting, the UCC received a Climate Leadership Award from Eco-America for its advocacy work, while the World Council of Churches nominated the UCC's Environmental Justice program for a UN Prize.

Invite Berndt to Preach, Lead a Workshop, or Do a Book Event Via Zoom

Sign Up to Receive The Pollinator: The UCC Environmental Justice Newsletter

Crisis Theology—Climate, Inequality, and a Pandemic—Unbound: An Interactive Journal on Christian Social Justice

Facing a Crisis of Health and Inequality

Love of Neighbor and the Cancer Threat Story of 2019

What Is Creation Justice and Why Does It Rock?

Not a Sexy Problem, but a Scary One: Infrastructure Justice

In Praise of House Parties

A Pope and a Prophet: Desmond Tutu as a Champion for Climate Justice