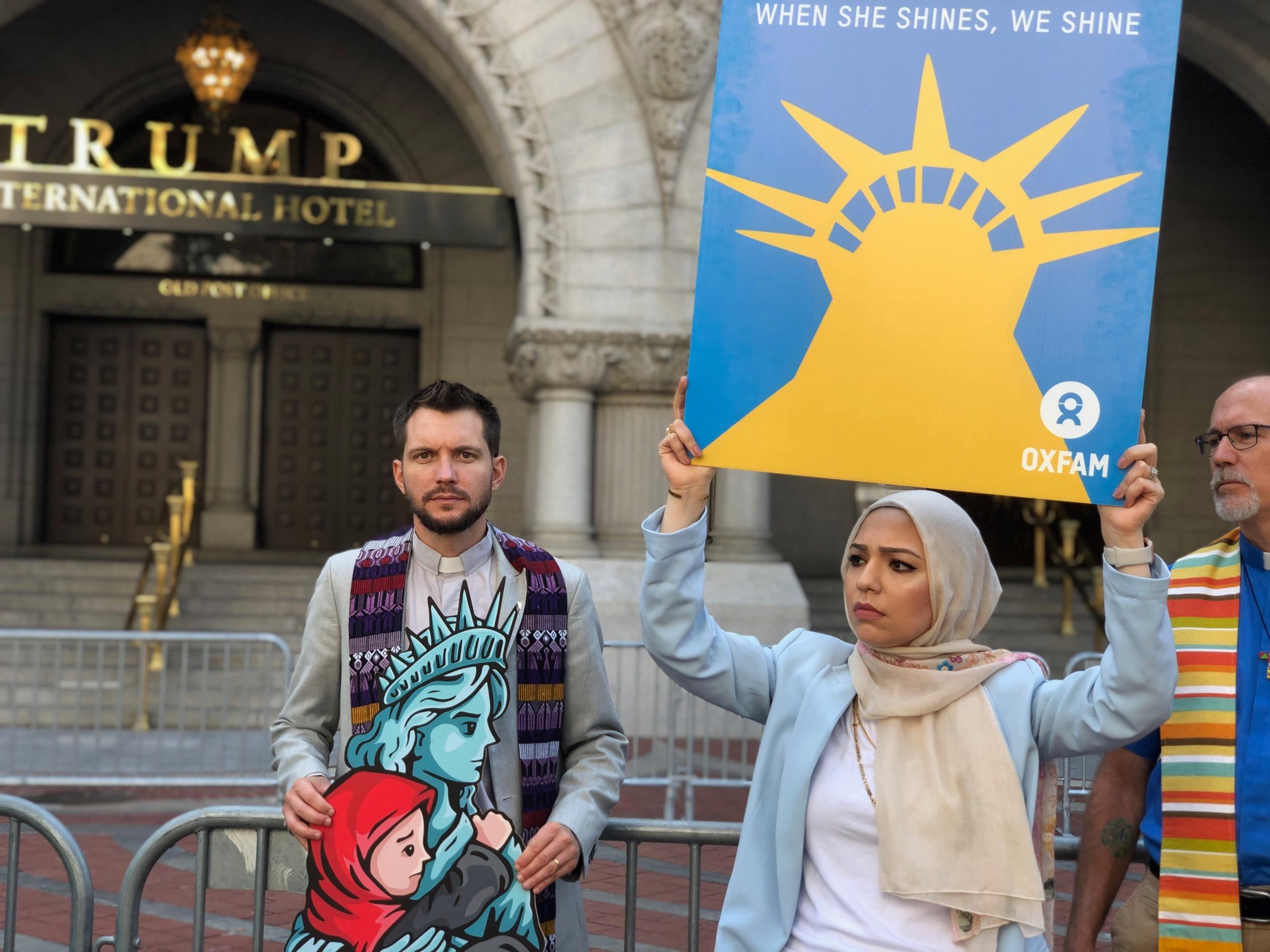 United Church of Christ advocates, distressed and angered by the administration’s plans to limit the number of refugees resettled in the United States to 18,000 in 2020, joined other faith leaders and humanitarian groups in the streets of Washington, D.C., on Friday, Sept. 27. The rally for refugees began in front of the White House and ended at the Trump hotel.

“It is a moral atrocity to turn our backs on persecuted people at a time when there are over 25 million refugees, more than at any other time in history, according to the United Nations High Commissioner for Refugees (UNHCR),” said the Rev. Noel Andersen, grassroots organizer for Church World Service and coordinator of the UCC Collaborative on Immigration. “Yet this administration has again slashed the program to the lowest refugee admissions goal in U.S history which will decimate and dismantle our refugee resettlement infrastructure.”

In addition to rallying against the historic low cap on refugee admissions in 2020, the gathering also spoke out against President Trump’s executive order, issued Sept. 26, that requires states and local governments to consent to receive refugees. 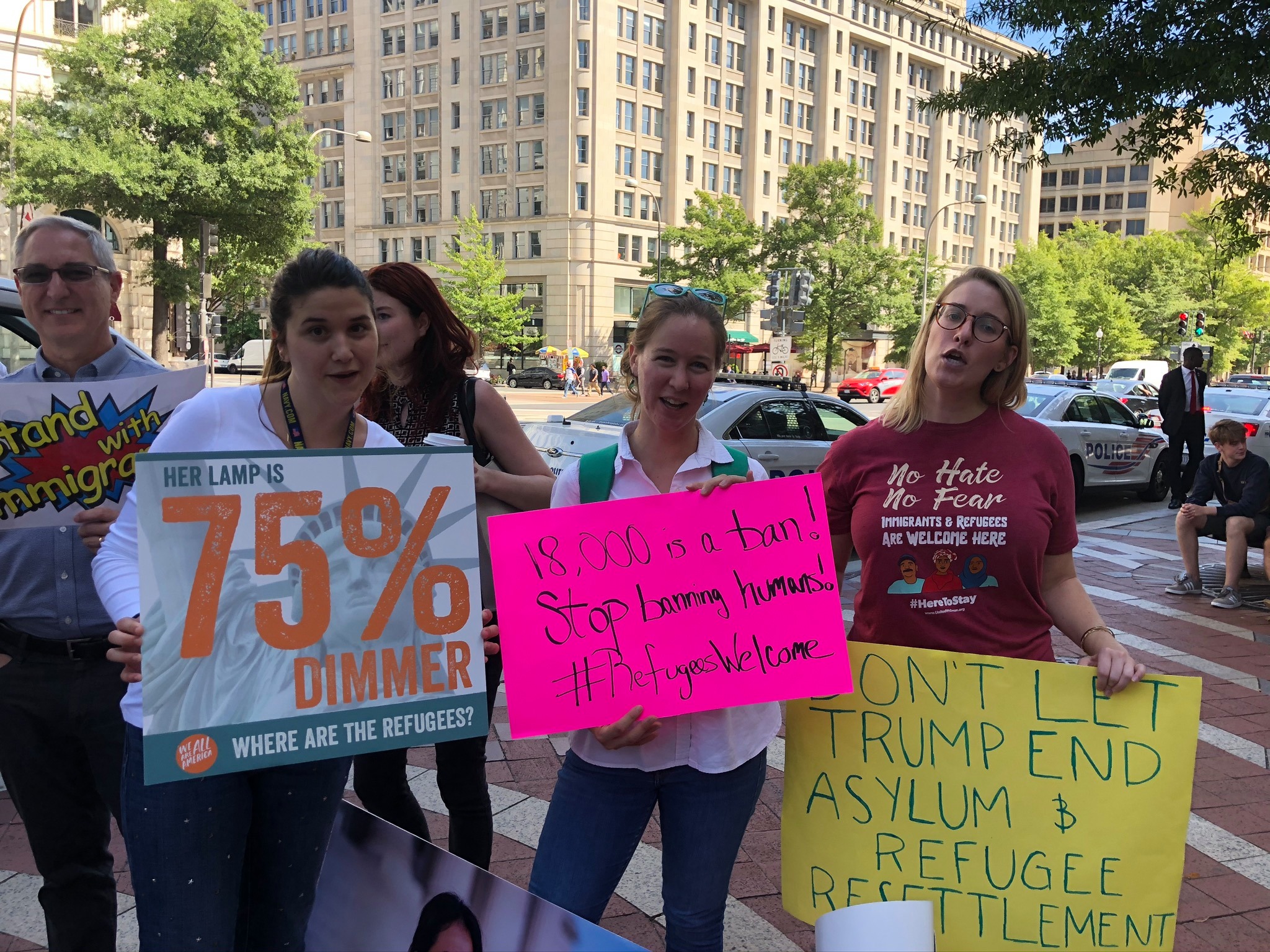 “This is nothing short of a refugee ban. Cutting America’s life-saving refugee program to such extreme lows is a terrible mistake that will put the lives of thousands of refugee families – the most desperate cases in the world – at dire risk,” said John L. McCullough, president and CEO of Church World Service. “It will destroy the lives of former refugees in the United States who have been desperately waiting for their children, their parents, their most precious loved ones to arrive. It will destabilize key allies and destroy what is left of our nation’s moral example. It will annihilate the vital infrastructure and support services that the United States has taken decades to build. Cutting the refugee program to what is effectively zero while circumventing Congress and allowing states and local governments to ban refugees is a death blow to the program that has saved the lives of millions.”

“As one who has traveled the globe and visited refugee camps on multiple continents, I am sick to learn that the United States of America, with the world’s largest economy, is threatening to set our refugee resettlement number at 18,000 in 2020,” said the Rev. John Dorhauer, UCC general minister and president. “The refugee communities are among the world’s most vulnerable populations. No one leaves their homeland and their home unless the risk of leaving everything behind is smaller than staying – conditions must be that horrible. Every refugee camp I have been to has left me wondering how bad things were before that this was their, and their children’s, better option.” 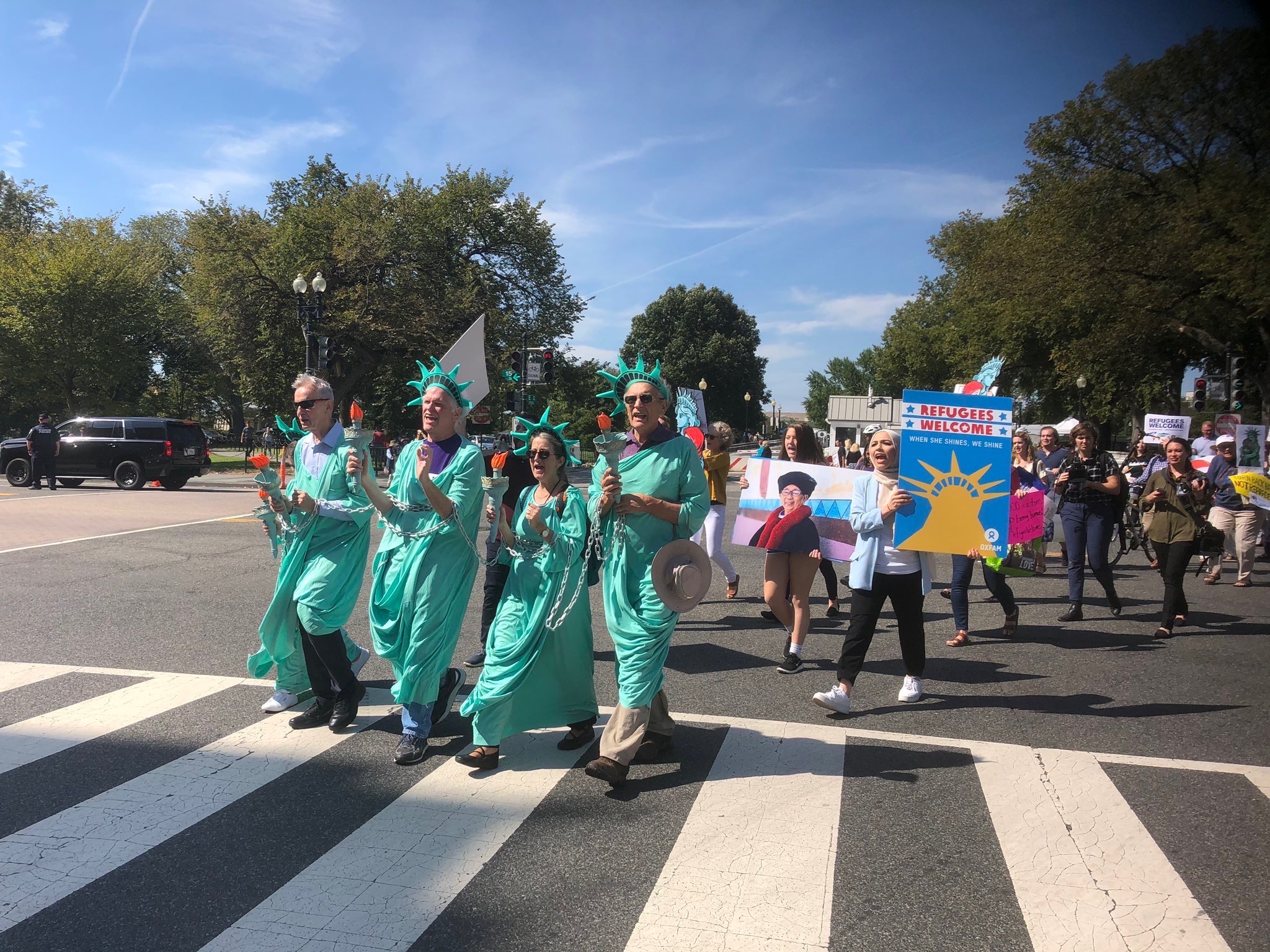 The United Church of Christ and ecumenical and interfaith partners across the country are calling on Congress to demand a higher refugee admission goal and urging those who support welcome to do the same.

“UCC churches across the country have born witness to the blessings refugees bring to our churches and communities for decades, welcoming refugee families before there were even formal structures to do so,” said Amanda Sheldon, program associate for UCC Refugee and Asylum Ministries. “This is our ministry and our Gospel call to offer refuge and welcome that is being attacked, in addition to being a heinous punishment for the most vulnerable. I urge every person of faith to claim the power of the Gospel over the power of this President and ask their representatives to push back and support welcome this week. Refugees are a blessing to our communities, not a burden or a threat.”

“Since the passage of the 1980 Refugee Act, the United States has set an average admissions goal of 95,000 refugees annually. Since the beginning of the Trump administration, refugee admissions have been severely cut,” McCullough said. “Congress should support the GRACE Act (S. 1088 and H.R. 2146), which would set a minimum refugee admissions goal at 95,000 and restore the resettlement program to historic norms.”

The UCC has issued this call to action, urging members to use this alert to reach out to their legislators and demand support for a more welcoming U.S. refugee resettlement program.

“Please help us to speak up and out about this,” Dorhauer urged. “Please help us convince our government that the largest economy on the planet can once again become a place where the huddled masses can breathe free.”