Commentary: Welcoming Travelers is what we do 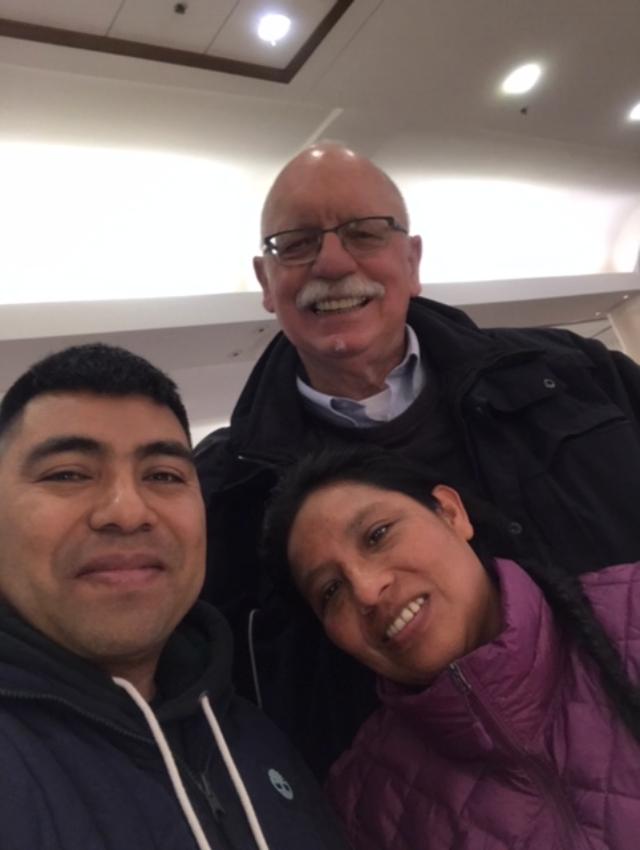 A new kind of networking is taking place among immigrant-welcoming UCC congregations across the United States. We don’t know who helped Mary, Joseph and their baby flee to Egypt, but our congregations are finding ways to welcome strangers, today.

I can share one of the most recent examples of welcome our church has been a part of. Maria worked for years in a professional job in Guatemala, but she faced abuse and threats from her boss. He demanded favors that she refused, and then began to threaten her. As a director, he controlled her job, and he knew that an indigenous woman like Maria had few options.

The demands became threats, and he threatened not only her job but also her life. Fearful, Maria needed to leave, so she made her way to a border checkpoint, to apply for asylum in the U.S.

Maria got in touch with a friend who was part of the Labor Resource Center sponsored by Centreville Immigration Forum, a project founded 10 years ago by Wellspring United Church of Christ, in Centreville, Virg. CIF Board member Stephen Vandivere and Wellspring Pastor Emeritus Jerry Foltz agreed to help with local sponsorship and arrangements in Virginia, to help Maria leave detention in Elon, Arizona while waiting her hearing.

When her friend paid the bond, she was immediately released and taken to the bus station in the middle of the night without money, food or a warm coat. She began the 54-hour bus trip across the country, happy to be out of detention but unsure about what lay ahead.

Foltz remembered a network of friends across the country, and made phone calls to immigrant-welcoming congregations along the bus route. Pastor Ken Heintzelman at Shadow Rock UCC, Phoenix Ariz., agreed quickly to meet her with a team prepared with food, a warm coat, and accompaniment to the right bus, just after midnight. 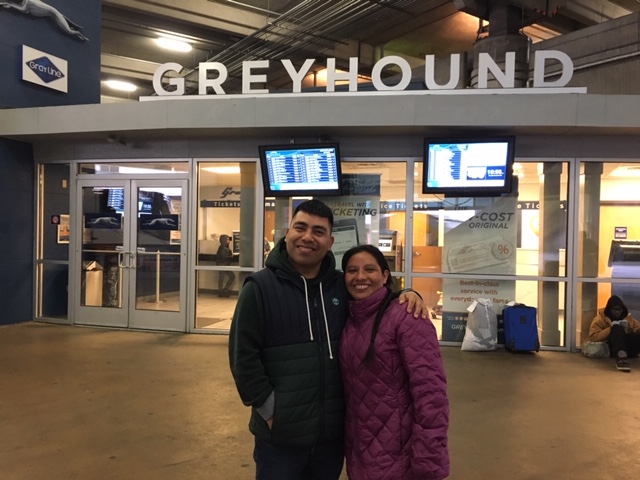 In Oklahoma City, HollyAnn Weaver, a member of Church of the Open Arms UCC, offered an “Open Arms” welcome and helped Maria to manage a bus transfer.

Both groups offered Maria use of a cell phone to call her friend in Virginia.

Finally, on the Thursday before Christmas, Maria arrived in Washington, D.C., welcomed again by the Rev. Jerry Foltz and friends from Virginia.

“I was a stranger, and you welcomed me….”   This is the UCC immigrant-welcoming network, spanning the country, giving welcome in the face of broken immigration policies that keep asylum applicants in detention indefinitely. In this system, most people’s stories are lost, and family separation and abuse are the norm. The network’s hospitality keeps people and hope alive.