UCC clergy in the Southwest Conference frequently minister at the U.S./Mexico border and occasionally lead immersion experiences or participate in prayer vigils and liturgies with partners from both sides of the border. After a visit to the area a few weeks ago to meet Deacon Roger Babnew, who leads Cruzando Fronteras, a new border ministry partner with the Southwest Conference, Conference Minister the Rev. Bill Lyons shared this reflection, noting the irony of a welcome sign wrapped in razor wire.

The differences at the border from my last visit were striking. In the United States rows upon rows of razor wire climbed the border wall. In 2016, we passed communion through the columns that form the wall when a group of us from the United Church of Christ met for worship during the SOAWatch convergence in Nogales in 2016. Last August, during an immersion experience hosted by the Southwest Conference, that wasn’t possible because U.S. Customs and Border Patrol had installed steel mesh to prevent even fingers from sliding between the tall wall columns. This visit I couldn’t even get close to the sites of our liturgies because iron barricades had been installed to protect 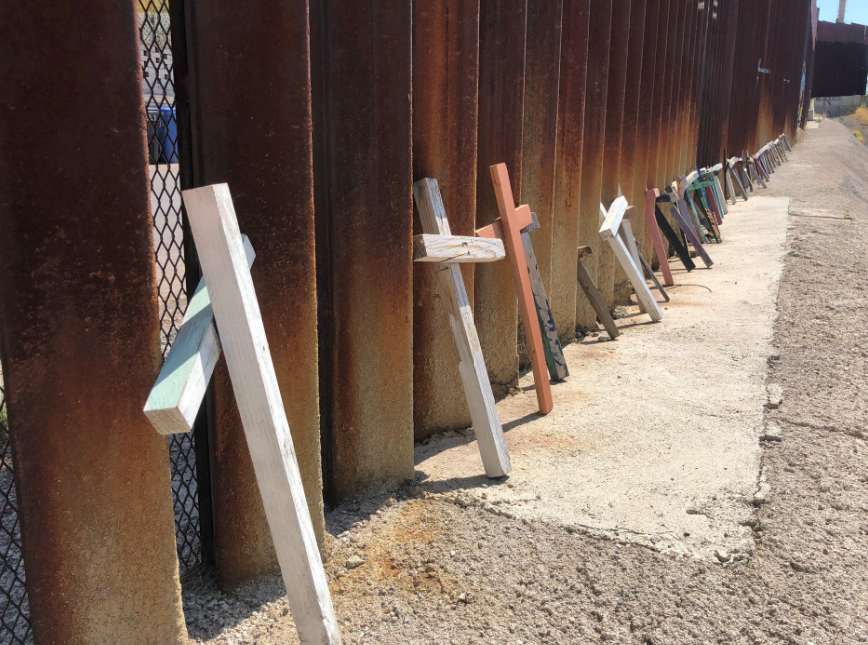 neighbors and passers-by from being sliced by the blades on the coils of wire welded over the mesh welded to the steel columns that is the border wall.

By contrast, in Mexico at the sites of our prayers and liturgies from 2016 and 2018, the crosses we leaned against the wall are still standing, weathered and faded, but a witness and testament to our presence, our solidarity with residents living in what is most certainly a militarized zone. Nogales, Arizona was eerily quiet and void of people while activity in the neighborhoods along the actual border was monitored by cameras on towers, sensors, powerful search lights, and armed agents wherever I looked. Nogales, Mexico was vibrant, bustling, and full of economic activity.

Numbers of asylum applicants have dropped as is common in the scorching summer heat. Still, in the last two weeks two more bodies have been discovered in the desert within sight of residential neighborhoods. I pray for the healing of the trauma that residents and migrants and officers alike suffer from these harsh and dehumanizing realities. How 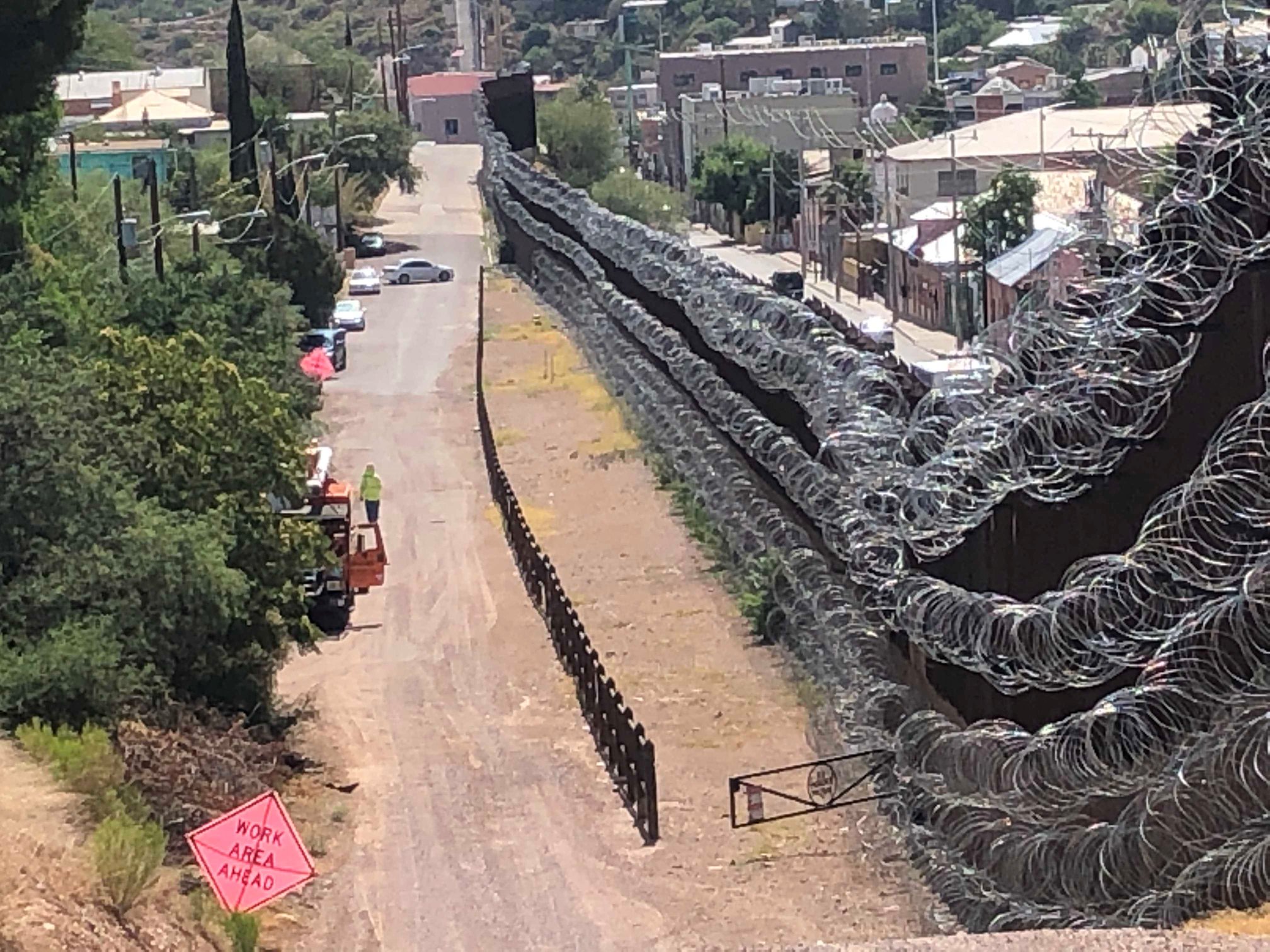 long, O Lord, how long, before we find a way forward that acknowledges your image in every human being? That stops perpetuating fear and hatred of people not exactly like us? That understands walling people out or walling ourselves in is only a matter of perspective.

In November the Southwest Conference UCC will co-sponsor Cruzando Fronteras’s Border Ministries Summit in partnership with the Episcopal Diocese of Arizona and the Grand Canyon Synod of the Evangelical Lutheran Church in America. The Summit plans to bring together hundreds of border ministry leaders from Texas to California.

The Rev. Bill Lyons is the Conference Minister of the United Church of Christ Southwest Conference.