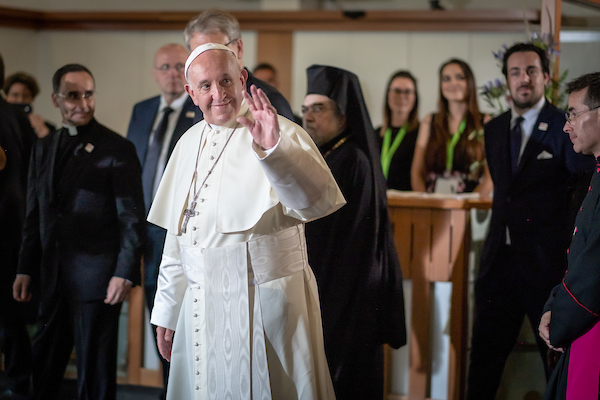 The sun was shining bright as my plane touched down in Geneva, Switzerland on the day of Pope Francis’ visit to the Ecumenical Centre, home of the World Council of Churches (WCC). I was excited to be in Geneva for this historic event, joining my colleague Karen Georgia Thompson, the Ecumenical Officer of the United Church of Christ. Pope Francis had accepted an invitation to personally take part in the celebration of the 70th anniversary of the World Council of Churches, “to reaffirm the commitment of the Catholic Church to the cause of ecumenism and to encourage cooperation with the member churches and with our ecumenical partners.”

I have experienced this partnership in my work with the WCC Ecumenical Advocacy Alliance as a member of the HIV Strategy Group (since 2009) where Roman Catholic organizations, Caritas Internationales and Catholic Relief Services, have been members. While we have struggled together and engaged in some intense discussions concerning areas of disagreement, we consistently found the common ground from which we could continue “walking, praying and working together,” which is the theme for the celebration WCC 70th anniversary. 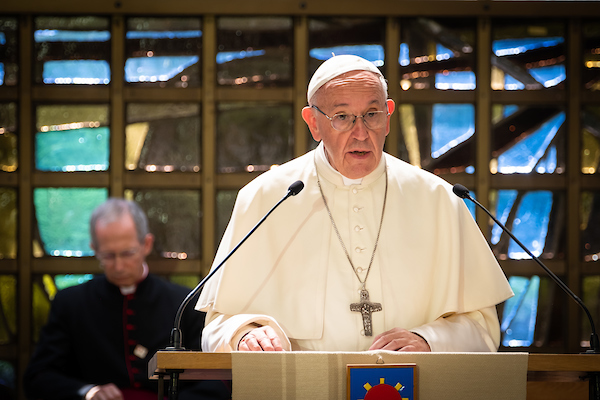 In his homily at the Ecumenical Prayer in the WCC Chapel on June 21, Pope Francis was critical of the way our culture encourages gratifying the desires of the flesh, which he called being “driven by unbridled consumerism” that silences the voice of God, casts aside those who get in the way and “Creation then comes to have no other purpose than to supply our needs.” The Pope, reflecting on the Apostle Paul’s message in Galatians, exhorted the church to walk in the Spirit, which means “opting for a mindset of service and growing in forgiveness”, advancing the “one commandment: ‘You shall love your neighbor as yourself'”. This was a message that very much resonates with who we are as the United Church of Christ, having expressed our purpose of living out Jesus command to love God with our whole being and our neighbor as ourselves and our 3 Great Loves campaign.

Pope Francis called prayer “the oxygen of ecumenism”, that praying together the prayer of Jesus, we are reminded that we, each of us, are children of God. Prayer allows the wind of the Spirit to drive us forward, he said, working together in Diakonia (service). In our service, the pontiff said, “The credibility of the Gospel is put to the test by the way Christians respond to the cry of all those, in every part of the world, who suffer unjustly from the baleful spread of an exclusion that, by generating poverty, foments conflicts.” 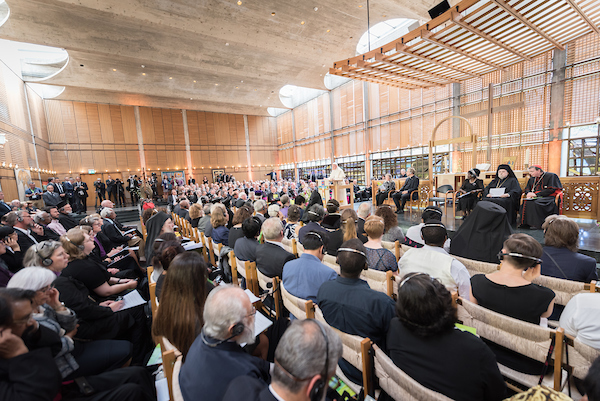 The Pope was also encouraged, if not challenged, by addresses brought by representatives of the WCC, perhaps the most memorable from Dr. Agnes Abuom, Moderator of the WCC Central Committee. Dr. Abuom called on the Pope to join the Thursdays in Black campaign. The Thursdays in Black campaign calls on people of faith to speak out against sexual and gender-based violence by wearing black on Thursdays along with a pin to declare you are part of the global movement resisting attitudes and practices that permit rape and violence. I have not heard whether the Pope has accepted Dr. Abuom’s invitation to join the campaign.

To be sure there are a number of things around which there are tensions, not only in terms of the Catholic Church’s position on a host of issues, but many of those tensions also exist within and among the member communions of the WCC; issues including the ordination of women, gender justice, sexual orientation and gender identity, and sexual and reproductive health (to name just a few). The visit of Pope Francis is nevertheless a witness that those tensions and disagreements need not become a barrier to working together where we can. “Let us see what we can do concretely, rather than grow discouraged about what we cannot,” Pope Francis said in his address to the gathering. 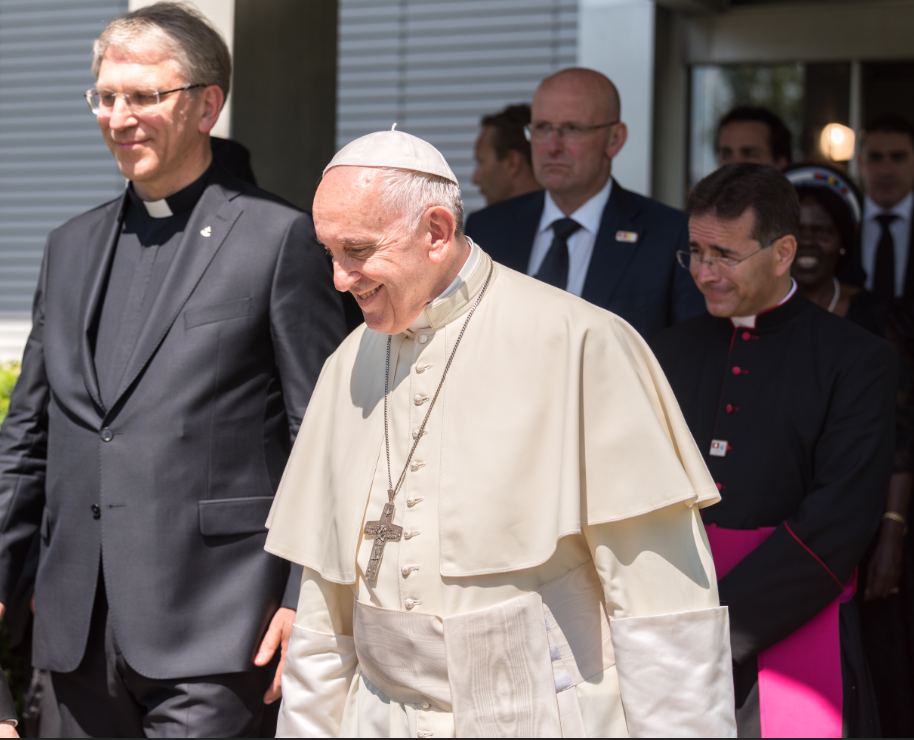 At the beginning of day the Pope viewed his visit as a “pilgrimage of unity and peace,” and at the end of the day he said it was an “encounter” which “touches the heart.” In a world of such conflict, uncertainly, violence, poverty and exploitation, I found the Pope’s visit a hopeful sign. As WCC General Secretary, Dr. Olav Fyske Tveit declared, “The world in which we live is in desperate need of signs that we can be reconciled and live together as one humanity, caring for the life of the one earth, our common home.” My experience of the 70th anniversary celebration of the WCC has deepened my own pilgrimage of “walking, praying and working together” with others for a just world for all.

Rev. Michael Schuenemeyer serves as the Executive for Health and Wholeness Advocacy for the national offices of the United Church of Christ based in Cleveland, Ohio. He served as a volunteer for the WCC Media Team on the day of the visit of His Holiness Pope Francis to the WCC’s Ecumenical Center for a celebration of the WCC’s 70th Anniversary.