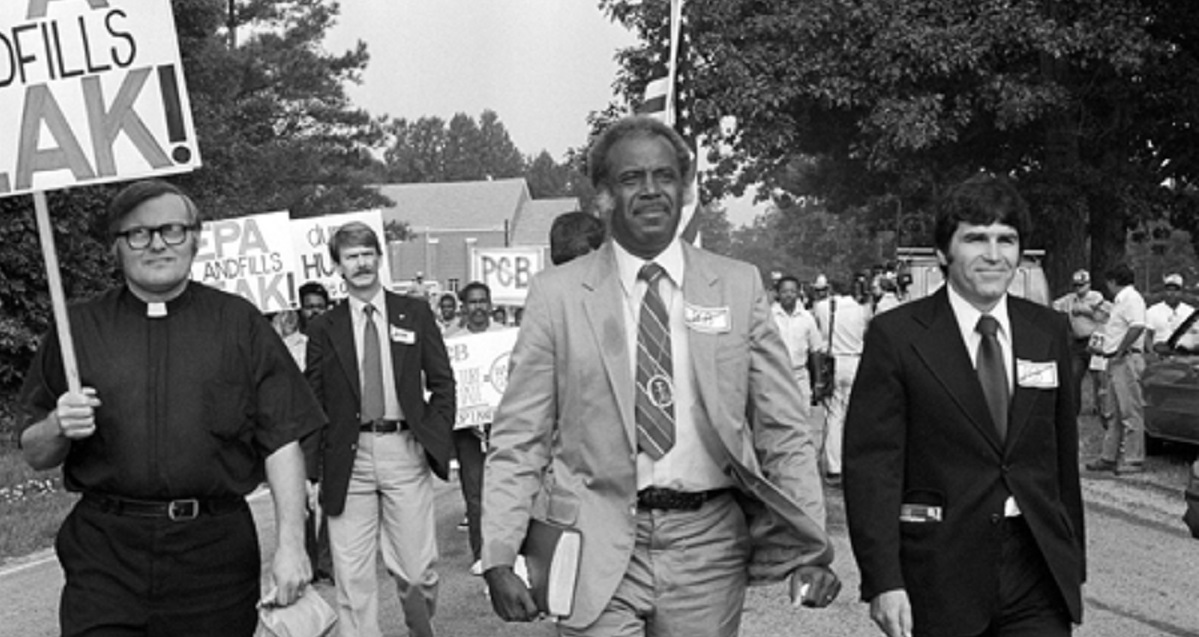 To express our commitment to care for God’s creation, the Green Team at our church presented a Creation Justice Covenant to our governing body. We were surprised when two members were unsure why we included a paragraph about social justice and racism. As a predominantly white congregation in socially and religiously conservative Lancaster County, Pennsylvania, they did not appreciate that social justice issues were relevant for our church. After some discussion, the covenant did pass with the necessary votes but we were dumbfounded by that initial response.

Later that evening, I had a lengthy conversation with one of my sons, who had just graduated from the University of Oregon with a degree in Environmental Studies and who has done incredible work thus far in his short 21 years to promote environmental justice. He stopped me in my tracks by saying, “Mom, we studied the UCC’s 1987 landmark study on race and the environment in college. The UCC has been on the forefront of issues of environmental racism for over 30 years. This is who your church is. And this is who they need to be!”

Armed with that encouragement, we dug deeper into the UCC’s website, and we learned more about the denomination’s efforts both in the past and present. We learned their call toward future efforts and actions for protection of the environment and all people, especially historically marginalized communities. When we then presented the Creation Justice Covenant to our entire congregation , we included this background information, and we made it clear that the UCC is not only a leader on issues pertaining to the environment but especially how those issues are connected to larger issues of social justice. We encouraged everyone to understand that, as a UCC congregation, environmental justice and creation care is in our DNA, and this was our time to embrace that and to join in the effort.

I’m pleased to say that the covenant was approved unanimously, and we had no negative comments in the discussion period. Instead, we were encouraged by several members to think bigger, to look at issues and consider the full breadth of their impact. We have a long way to go in our work for environmental justice and against environmental racism, but I’m happy to report that we have taken the first step on the journey.

Melissa Stephens is a member of Green Team at Christ Church UCC in Elizabethtown, Pennsylvania.