#MeToo and #TimesUP: More than Harassment 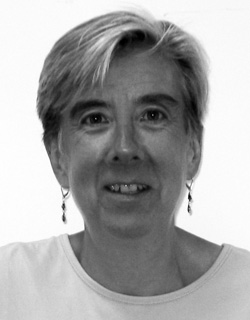 In recent months, we have seen, felt and heard the power of women claiming their voices and speaking their truth as part of the #MeToo movement and resistance against sexual harassment and violence. The incredibly courageous acts of women from all backgrounds telling their stories and breaking the silence that protects abusive behavior led Time magazine to name as its person of the year the voices that launched the #MeToo movement.

I was particularly struck by the words of Juana Melara, a housekeeper at a luxury hotel and one the voices of the MeToo movement. Describing the behavior of hotel guests she has encountered, she said, “They think because they go to luxury hotels and they pay a certain amount of money, that they have the right to get the housekeepers’ bodies too.”

Her words point to a reality that has not had much visibility in the #MeToo conversation – and that is the way that unjust policies and workplace practices contribute to a climate that gives tacit approval to harassment and violence against women. As a people who profess to believe in the full personhood of women as people created in the image of God, we need to break the silence around policies and practices that allow women to be treated unequally, or even as problems to be solved, in the workplace.

As we mark Women’s History Month, we would do well to think about the work we still have to do to bring about justice for women. Consider for instance the gap in pay equity, which grows significantly larger when we look at the disparity in pay for women of color. Or lack of affordable childcare and family-friendly workplace polices like paid sick leave and family leave, which disproportionately affect women as primary caregivers. Consider the failure of Congress to close the loopholes that continue to allow domestic abusers access to guns. Or the fact that the Administration has yet to appoint anyone as head of the Department of Justice’s Office of Violence Against Women. Funding for programs under the Violence Against Women Act is vulnerable to budget cuts during VAWA reauthorization this year.

These are actions or inactions that speak volumes – far beyond the well-rehearsed press quotes and public statements. The real work of the #MeToo movement must take us deeper into addressing the policies and institutional structures that provides tacit assent for harassment and create environments that allow for abusive behavior against women.