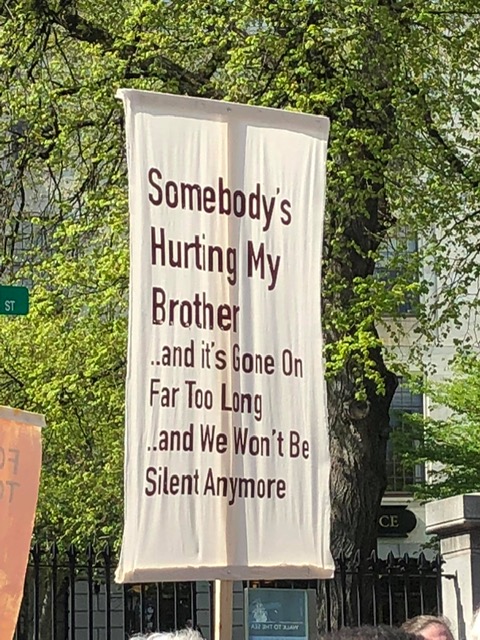 Twenty-two United Church of Christ Conference Ministers are converging in Washington, D.C., this week, uniting for collective action on immigration. The regional leaders, intentionally mobilizing as the Council of Conference Ministers (CCM), will lift a single prophetic voice for the first time in recent memory by advocating directly with members of Congress and speaking outside the U.S. Capitol.

“I think there’s a consensus that immigration justice is a critical issue in this moment of our nation’s history that has deep moral implications. It is also an issue that our sacred texts have a lot to say about, and thus we as Church must be bold enough to step into the public square and speak clearly with one voice,” said the Rev. Shari Prestemon one of the effort’s organizers. The Minnesota Conference Minister was moved to suggest the gathering to her colleagues in late June after participating in a local march to protest what the current administration is doing to immigrant families in the name of national security.

“Our action at General Synod in 2017 to declare ourselves an ‘immigrant welcoming church’ urges us to act,” she said. “Beyond that, Conference Ministers want to make a particular statement to the wider UCC, that we as leaders in the United Church of Christ see this as a moral and faithful imperative important enough to call us collectively to action.”

The group of 22, which came together quickly this summer, plans to ask Congress to stop funding policies that separate families. Dividing up to visit senators and representatives from the states they serve, UCC leaders will instead encourage law makers to adopt policies to welcome immigrants, asylum seekers and refugees and to invest in community-based alternatives to detention at the hands of Immigration and Customs Enforcement and Customs and Border Protection. They also will hand-deliver letters from local constituents.

To make their point publicly, the UCC leaders will reach out to immigrant brothers and sisters and ceremonially wash the feet of a few migrant leaders outside the Capitol on Wednesday, Sept. 25. The foot washing, as practiced by Jesus in the Gospel of John, will symbolize the need for Congress to pass policies that serve, protect and welcome vulnerable communities. Immigrants who will take part in the ceremony are people affected by the administration’s inhumane immigration policies.

“Our global siblings are in peril of death and we must be with the light of God that shines forth the way to extravagant welcome,” said the Rev. Justo González II, Illinois Conference intentional interim conference minister. “Standing with them, allowing their voices to shine and opening spaces for them to speak their truth, is an act love and empowerment. The Church, and we as judicatory leaders, will bless them in their journey. This holy and sacred act, recognizing the sacredness of the lives of our global siblings, is part of the Three Great Loves and who we are as the United Church of Christ.” 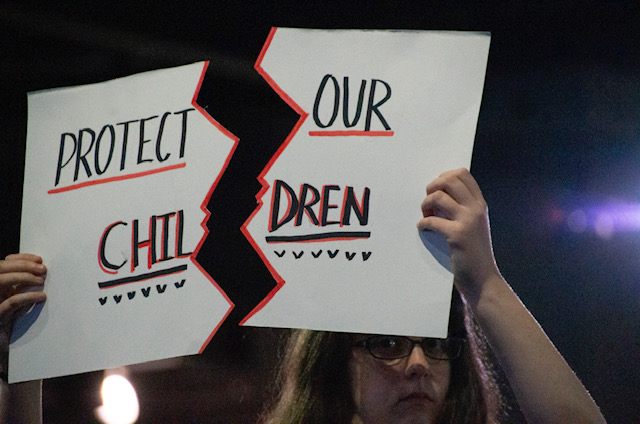 “We can no longer choose to ignore the blatant discrimination of this administration against under-documented immigrants that are black and brown. We must be prophetic,” González continued. “‘Oh, hell no! Not now and not on my watch’ is my personal rallying call. I am thrilled that together as a united CCM, we are speaking in one voice to push back and call out these un-American, racist and discriminatory policies that deny all of God’s children their dignity and innate worth.”

González is a long-time advocate for more humane immigration policies, speaking out first as a pastor in Buffalo, N.Y., during the Obama administration. While he has no issue with public advocacy and the media attention it often brings, others in the group are stepping out on faith in a very public way for the first time. Edith Guffey, Kansas-Oklahoma Conference Minister, rarely participates in marches or rallies, but said she will be part of the action in D.C. because “these days, I feel that I simply cannot just be okay with business as usual.”

“We all have our levels of tolerance for the status quo, but if #loveofneighbor is to mean anything, it is clear that the status quo simply does not apply any longer,” Guffey said. “Only we know when we reach the point that something that has been comfortable for us becomes so uncomfortable it simply has to change — when what has been really can’t be any longer. On this one for me, the sidelines aren’t good enough. It’s time for me to step outside my comfort zone.”

The Conference Ministers will arrive in Washington on Tuesday. That evening, they’ll ground their action in worship, led by the Revs. Marilyn Hendrix and Gordon Rankin, who serve the Rhode Island and New Hampshire Conferences. The CCM members are also working in partnership with the UCC D.C. Office, which got involved early in the planning process. Other regional leaders who are unable to join their CCM colleagues in D.C. have signed a letter to members of Congress to support the action.

“We speak for justice for immigrants, against the violation of human dignity and ‘hell no’ to kidnapping children from their parents,” said González. “The forced separation of families and cages are un-American and will not be tolerated. Our children matter. They are not animals to be locked up in cages.”

“One might say we are ‘doing a new thing’ and taking this unusual step because this moment demands it of us all in the Church,” Prestemon said. “We want to model something faithful and decisive for our congregations.”