Was 2016 the Year of Environmental Justice? 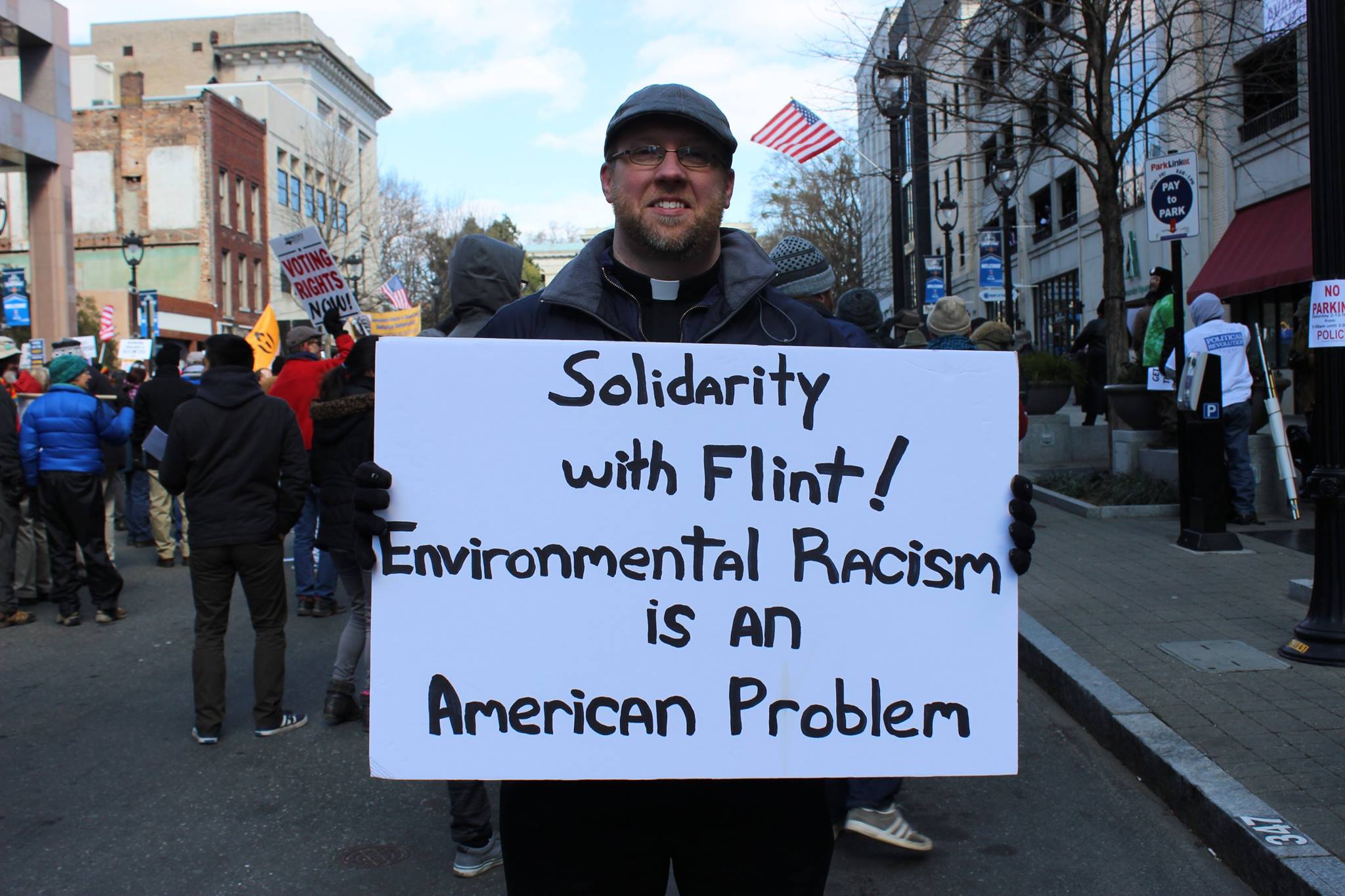 Was 2016 the year of environmental justice? Or, was it just the beginning? As an analysis by Media Matters points out, the Flint water crisis did not receive substantial coverage in the national mainstream media until the Governor of Michigan declared a State of Emergency for Flint on January 5, 2016. This event marked the beginning of a year in which environmental justice, with its central concern for race, has received national attention unlike in any previous year. For just one example, consider that two months after the State of Emergency was declared, a Democratic Presidential debate was held in Flint. The candidates competed to see who would be the greater environmental justice champion for a city devastated by lead poisoning.

As the year comes to a close, the national spotlight has most recently been on the battle of the Standing Rock Sioux Nation against the Dakota Access Pipeline. Like Flint, this was a cause that fought racial injustice and focused on water, and, like Flint, this was a cause that struggled valiantly for media attention. While the Standing Rock struggle continues, it is already regarded as one of the most inspiring movements our country has seen in recent times.

As we take stock of this past year, the question remains as to whether environmental justice has had its moment or whether it is here to stay on the national stage. The answer depends not on whether people will continue to suffer from environmental threats and ills. The pervasiveness of lead poisoning in cities around the country and the numerous proposals for fossil fuel pipelines are just two of many indicators that ensure this. Instead, the future of environmental justice depends substantially on whether the broad and diverse movements who fought so hard this part year can build upon their successes.

There is certainly room for growth. First, the struggle against lead poisoning, whether from pipes, paint chips, or soil contamination, has lacked a strong organized and coordinated effort at the national level.  There is a leadership void that must be filled here. Second, faith communities have an enormous potential yet to be realized. Today, the Sierra Club is considered an environmental leader with 2.4 million members and supporters, but that is actually a relatively small number in comparison to the membership numbers of many denominations and faith traditions in the United States.  If just 5% of our country’s 51 million Catholics were environmentally active, they would have the Sierra Club beat.

Within a small denomination such as the United Church of Christ, which has slightly less than a million members, there is tremendous potential for growth. While we are still building a database of environmentally active congregations, it would currently appear that less than 100 of our roughly 5,000 churches have been recognized or certified as “green” by any organization. For the purposes of comparison, there are currently 1,366 Open and Affirming Congregations in the UCC.

When one looks through the lens of potential, it would seem that 2017 could be an even bigger year for environmental justice than 2016. Whether that happens will depend in part on the work of faithful advocates and activists who seize the possibilities before them.