Walking and working with partners in Egypt and the Middle East 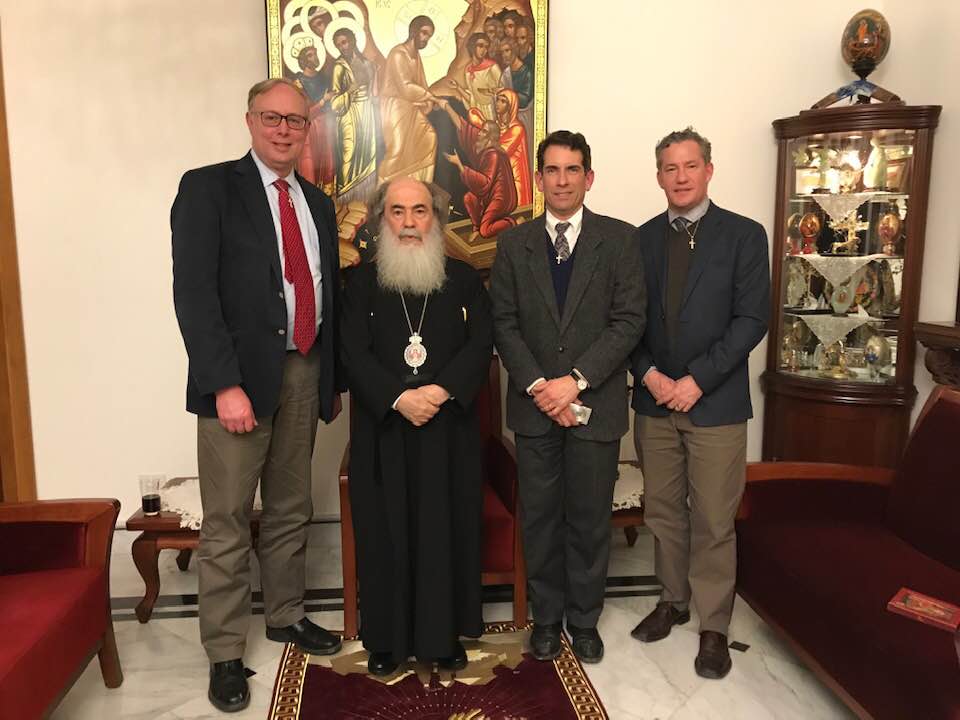 “Advocacy for justice is at the heart of our work in Global Ministries,” said Moos, who is also co-executive of that common overseas ministry of the UCC and the Christian Church (Disciples of Christ). “We walk with our partners and work with them in very difficult situations.”

Moos was joined by Global Ministries colleague Peter Makari, executive for the Middle East and Europe, and UCC International Policy Advocate the Rev. Michael Neuroth on a 14-day journey that took them first to Egypt and then to Israel/Palestine, with a short visit to a partner in Jordan on the way.

On the Egypt leg of the trip, February 17-23, the three men were part of a U.S. delegation that included two colleagues from the Evangelical Lutheran Church in America and another from the Parliament of the World’s Religions. They were also accompanied by representatives of Hands Along the Nile Development Services (HANDS), a U.S. based non-profit supporting the work of Global Ministries’ partner, the Coptic Evangelical Organization for Social Services (CEOSS) in Egypt. 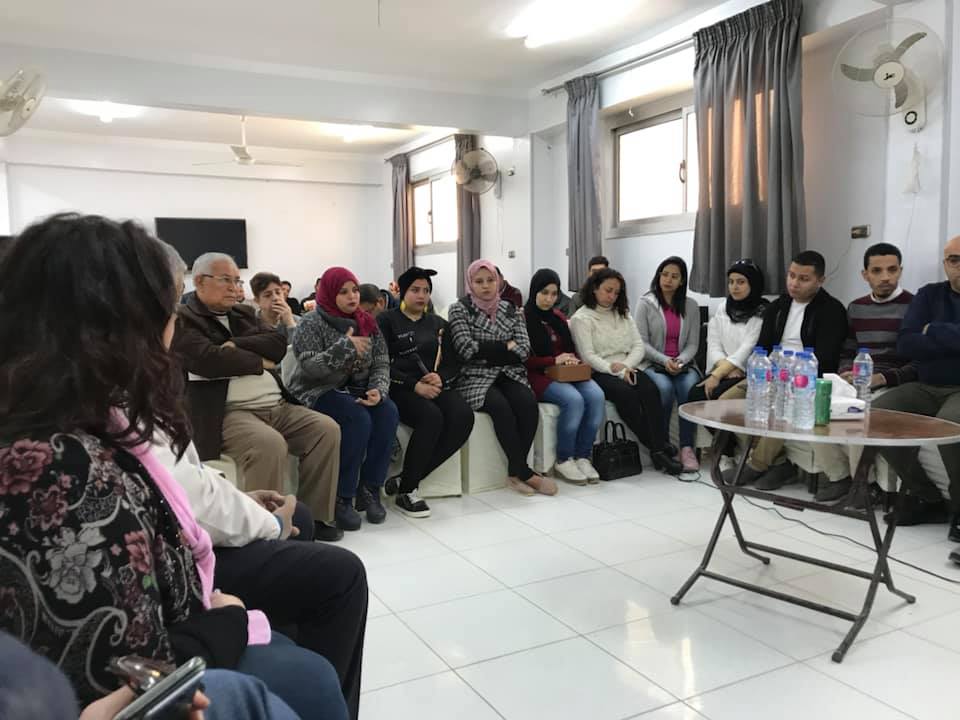 The group gathered with CEOSS partners in the Egyptian-U.S. Dialogue Initiative, which aims to provide a forum for ongoing discussion between Egyptian and U.S. leaders.

Mutual understanding and collaboration were key objectives of the dialogue. It gave contributors a way to reach beyond headlines to gain a comprehensive understanding of developments in Egypt, their impact on Egyptian society and their implications on relations with the U.S. This recent delegation followed a very successful visit by an Egyptian delegation to Chicago and Washington, D.C. last June.

The Dialogue Initiative participants had the unique opportunity to meet with a number of leaders, both religious, governmental and parliamentarian, as their February gathering took place as the Egyptian parliament was in session, working on some significant constitutional modifications. Issues of human rights and interreligious relations were discussed in the dialogue between members of Parliament and the U.S. delegation.

“It was a mutually enriching dialogue that touched on many of the challenges facing our nation and impacting religious communities,” Neuroth said. “Religious extremism, democracy, and respecting human rights were all topics we confronted one another on directly in the spirit of exchange and learning.” 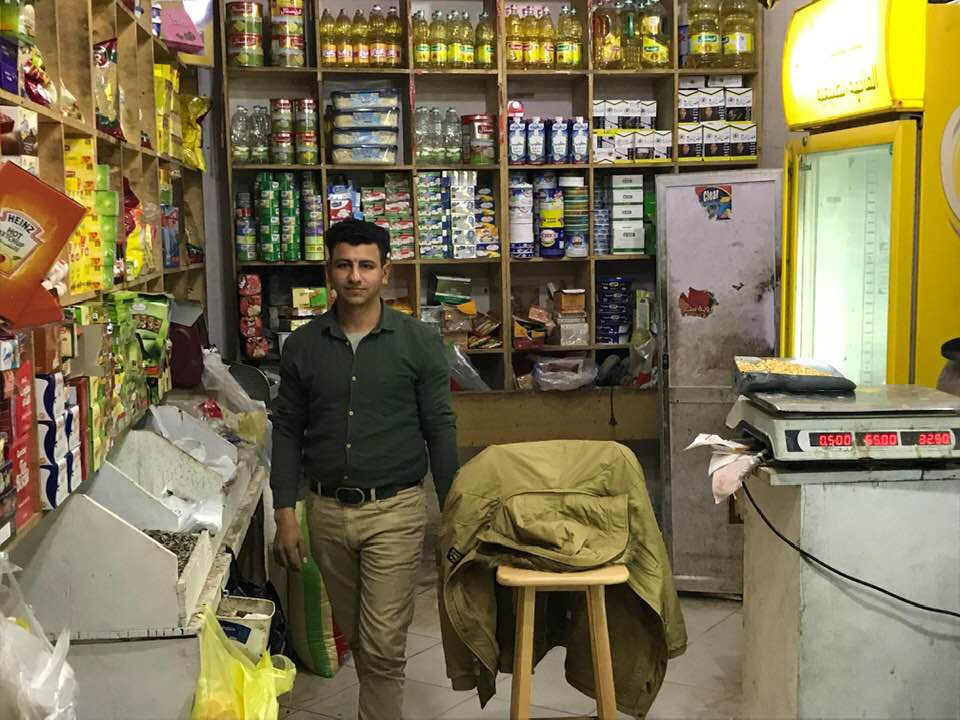 The group also met with Egyptians involved in local community development, both in Cairo and in the Minya area in southern Egypt. CEOSS, working to help people better their living conditions, took the delegation to several projects that covered issues of women’s empowerment, income generation and interfaith dialogue.

“We saw how microcredit financing enables entrepreneurs in Minya to establish small businesses and generate income in support of their families,” said Moos. “CEOSS seeks the betterment of the living conditions of the poorest of the poor in the country, no matter who is in positions of government control. That often means finding ways to work with those in power positively and collaboratively.”

On February 23, after a day with the Orthodox Initiative, a partner working to respond to the needs of Syrian and Iraqi refugees in the Jordanian context, Moos, Makari and Neuroth moved on to Israel/Palestine with another UCC delegation of eight, joined by 11 colleagues from the German Union of Evangelical Churches (UEK/EKD). The UCC and their German partners have been in discussion for years about how they, in a full church communion relationship, or Kirchengemeinschaft, can express a witness together in a place of common concern.

“We hoped to deepen our relationship of Kirchengemeinschaft with our German church partner, while at the same time focusing together on an issue of justice and peace where we have common and unique partners. The UCC, though Global Ministries, is actively engaged in nurturing community globally, and specifically in the Middle East,” said Makari. “We are involved in community development, interfaith relations, refugee response, and peace and justice advocacy. Our partnerships enable and inform that work.” 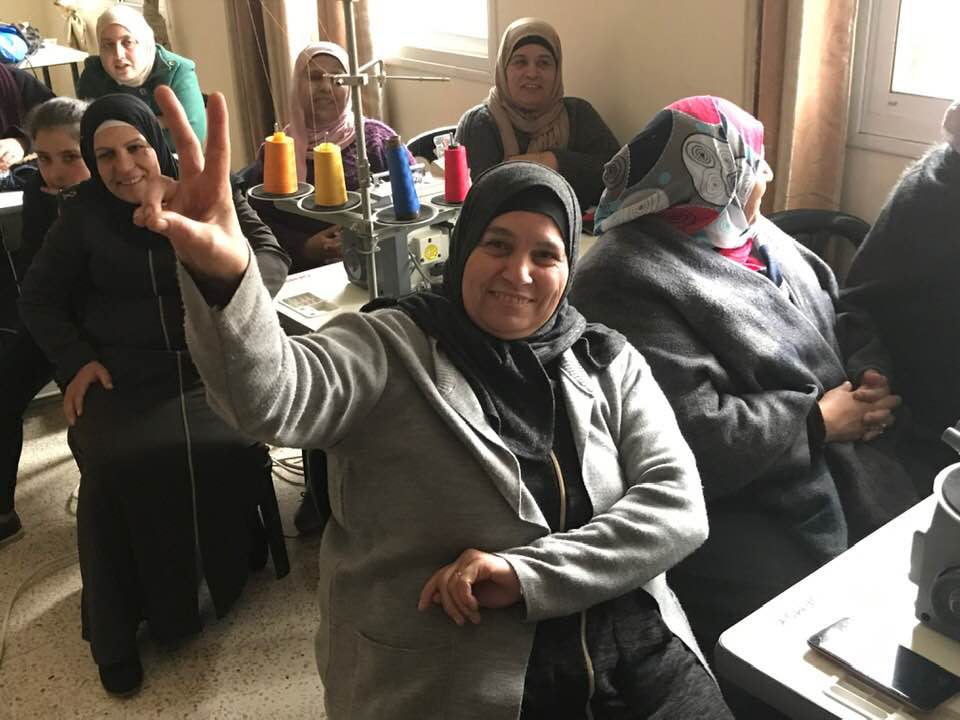 Global Ministries partners the group visited during their February 23-March 2 pilgrimage included the YWCA of Palestine; Kairos Palestine; B’Tselem; the Middle East Council of Churches Department of Service to Palestinian Refugees of the Middle East Council of Churches; the Evangelical Lutheran Church in Jordan and the Holy Land; the Orthodox Initiative; and the Diyar Consortium. They also visited a refugee camp near Ramallah, as well as several of the German UEK partners.

“Experiencing the situation in Palestine and Israel through another lens of our partnership with the German church made the experience unique,” Neuroth. “Although our engagement in the region differs in terms of programs and partners, we share a deep sense of grief and responsibility for the suffering, particularly given our two nations’ unique histories intertwined in the conflict.”

“It was an opportunity to share both our history of involvement in the Middle East and our current engagements, and for both delegations to learn from our partners,” said Moos.

It was also an opportunity for overseas partners to celebrate the ministry of Jim Moos as UCC associate general minister and Global Ministries executive.

“Two Palestinian partners honored Jim’s ministry, as it was Jim’s last overseas partner trip in this role,” said Makari. “Those were the YWCA of Palestine, led by Dr. Mira Rizeq, general secretary, and former member of the Global Ministries Board; and the Diyar Consortium, led by the Rev. Dr. Mitri Raheb, president, and preacher at General Synod in 2015 (Cleveland).”