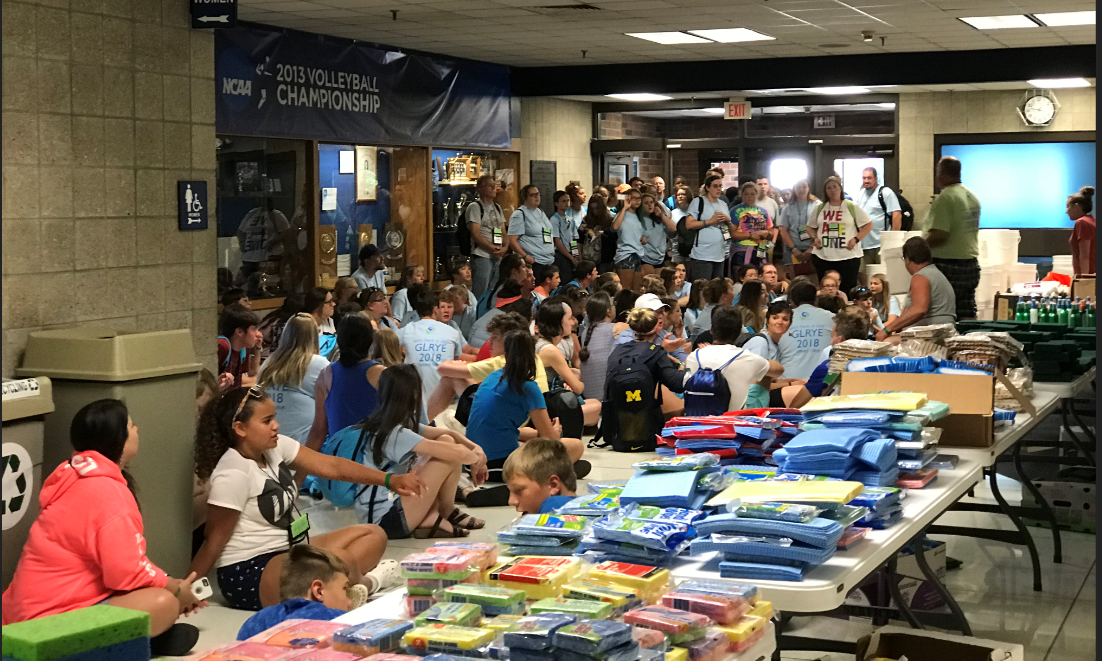 What does it look like when 250 young people from across the Midwest converge in one space to complete a project?

The young people Dart described were participants in the United Church of Christ’s Great Lakes Regional Youth Event at Elmhurst College, in Elmhurst Ill., July 5-8. He got to watch them in action, as they put their faith in action, assembling more than 70 Clean-Up Bucket Kits for Church World Service.

“In the lobby of the Elmhurst gym, we had tables sent up as a production line, and 250 kids came in en masse. I saw no cliques, no clusters of separateness by state,” said Dart, who served as the coordinator for the clean-up kits service project. “I sensed a great amount of camaraderie from all 250 of them. They understood the need for this project, and as they went through this assembly process I could hear how important they thought it was and how they enjoyed doing something that can make a difference.”

“There are so many ways to help people and places around the world and whether you do something small like fill buckets with cleaning supplies or bigger like go on a mission trip,” she said. “You are helping people and changing their lives.”

The young people partnered up and youth leaders drew numbers to establish the order in which each team would progress along tables piled with cleaning products, facemasks and clothespins. One person held the bucket as the other collected the items, provided by 26 Churches in the Fox Valley Association of the Illinois Conference. Several churches in the Illinois South Conference and Chicago Metropolitan Association also contributed materials.

For almost an hour, the young people assembled buckets that will eventually assist people in cleaning up their homes, bringing order back to their lives after a flood, a hurricane, a tornado or a fire. 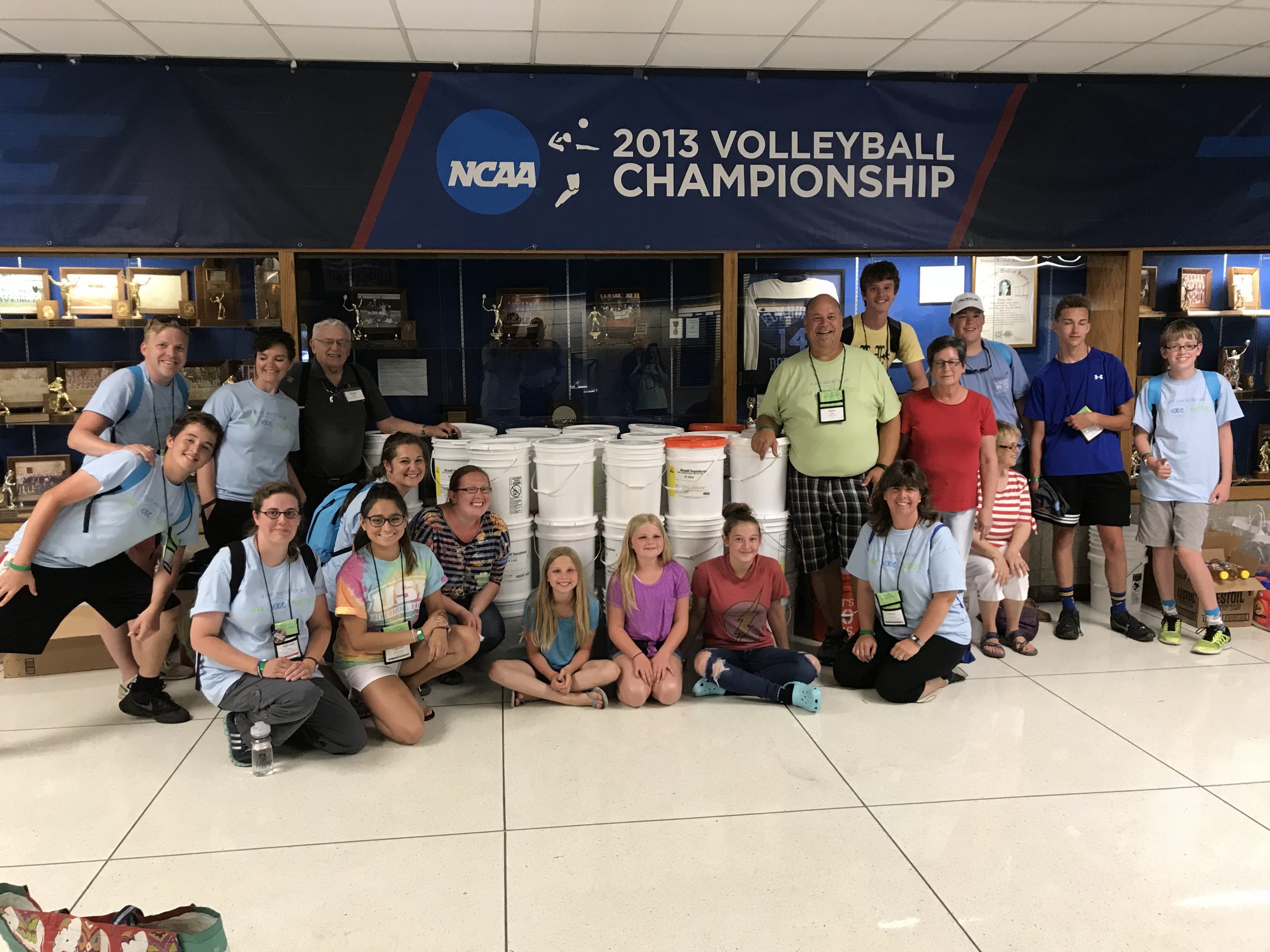 Afterward two large stacks of buckets were ready for organizers to ship off – 70 complete Clean-Up Kits and 30 partial ones that will be completed and delivered later this year to Church World Service.

“I actually had no idea what to expect before (attending GLRYE) because I haven’t really gone to anything like this before,” Schmitz said. “But while I was there, I learned a lot of different things especially from the workshops which has helped me realize all the different things we can do to help people around the world.”