The First Woman Ordained in the Evangelical and Reformed Church 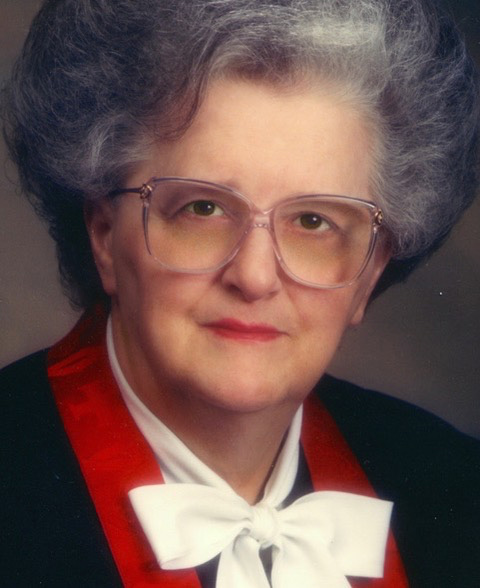 In 1945, she was only 22, but she had theological questions. She wanted to talk with educated professors and understand scripture. This desire led her to enroll in Lancaster Theological Seminary for one year. In the end she stayed for three years. On June 13, 1948, she became the first ordained woman in the Evangelical and Reformed Church.

Beatrice Weaver McConnell (1923-2018) never set out to become a trailblazer. She always insisted that her approach was to exhibit “quiet and unruffled dignity.” Nevertheless, when she preached in the seminary chapel her professor encouraged her to prepare for pastoral service.

McConnell’s ministry was in urban and rural churches in Pennsylvania. She loved serving as a pastor and never sought out other invitations. After the United Church of Christ was formed in 1957, she served on the national committee charged to write the new “Statement of Faith” for the denomination. McConnell proposed the words, “He sets before us the ways of life and death.” Although some committee members resisted that phrase, it was embraced in the final statement. Later McConnell was awarded the UCC Antoinette Brown Award, and the Lancaster Seminary Founder’s Cross.

People loved her “winsome” pastoral style. One night McConnell was asked to attend an event at a nearby school. She had no idea that hundreds of her parishioners (from four churches) were quietly waiting for her to arrive at the auditorium. They had planned a “this is your life” program and invited her parents and seminary professors to attend. They raised funds to give her a new car to make it easier for her to travel among her four churches.

Ordained women in parish ministry in central Pennsylvania were rare at the beginning of McConnell’s ministry. In fact McConnell never “sought” ordination. She simply said “yes” to God, and spent her life in love with the church.