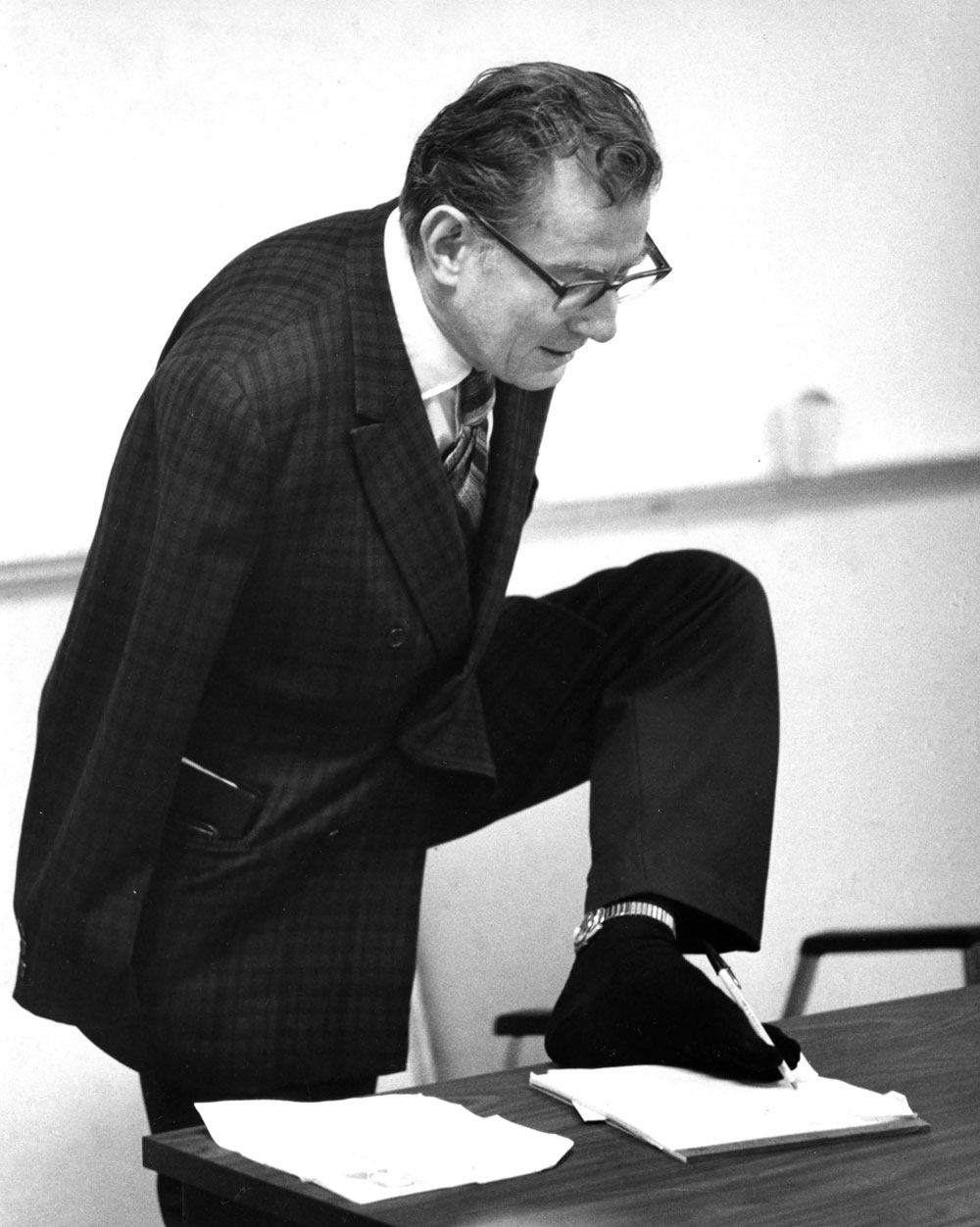 A Man Who Helped Us Think Differently about Disabilities

In 1990, when Harold Wilke accepted a pen from President George H. W. Bush at the signing of the "Americans with Disabilities Act," Wilke grasped it with his toes.  Wilke had been born without arms.  On that day he offered the Invocation at the White House ceremony, saying that the new law was "the breaking of the chains which have held back millions of Americans with disabilities."

Harold H. Wilke was born in Washington, Missouri, in 1914.  He knew discrimination.  He was barred from attending public school because he might be a distraction.  Yet, he did not give up, graduating from Washington High School and the University of Missouri.  He felt a call to ministry and in 1930 earned a theological degree from Union Theological Seminary in New York City.  Yet initially, the "hierarchy of the Evangelical and Reformed Church," as his family called the denominational leadership, resisted ordaining him.  Wilke always considered his ordination a victory for human rights.  It was.  During World War II, he served as Civilian Chief of Protestant Chaplain Services, later counseling disabled veterans.  Still later he authored four books about disabilities and received many honors.

In 1975 Wilke founded "The Healing Community Project" to help churches change their attitudes and architecture to welcome persons with disabilities. Until his death in 2004, Harold H. Wilke reminded everyone over and over that abilities were more important than disabilities.