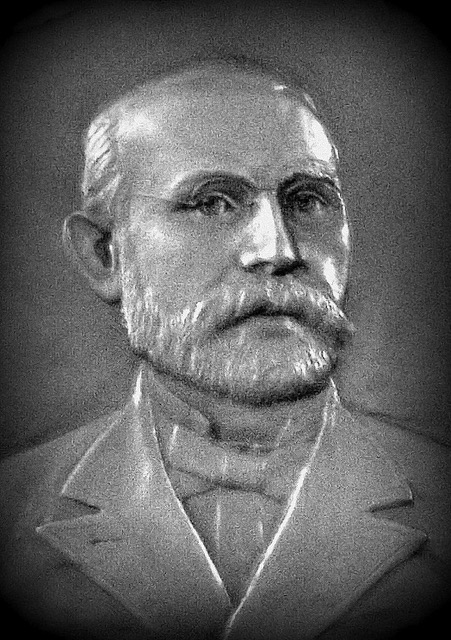 They were not German Reformed or German Evangelicals

It was May 31, 1889 when news of a terrible flood interrupted a pastor who was writing his Sunday sermon in Pittsburgh, Pennsylvania.  Still dressed in his formal clothes, he traveled 70 miles east to do what he could where 2200 people died from the mud and debris of the  Johnstown, Pennsylvania flood.  He "worked tirelessly, digging out victims with a pick and shovel, and bringing them bags of food."

That pastor, Friedrich Ruoff, was well known and beloved for his activist ministry in a "German Evangelical Protestant" congregation founded in Pittsburgh in 1782 (now the Smithfield United Church of Christ.)  In Pittsburgh, known for its steel industry and blast furnaces, Ruoff advocated "helpful giving" to deal with the social problems of his day. The Smithfield church became part of the Social Gospel movement.  In the late 19th century Ruoff encouraged women to found "Aid Societies."  He established the "Smithfield Concordia," providing secular and religious instruction and encouraging social outreach among young people. He established an Orphan Asylum for homeless children and a Home for the Aged.

Born in Balingen, Württemburg, Germany, in 1851, Ruoff was educated at the University of Tübingen, and ordained in 1870.  Seven years after emigrating to New Orleans in 1872, he became pastor of the Pittsburgh church.  He died at age 52 from rheumatic fever.