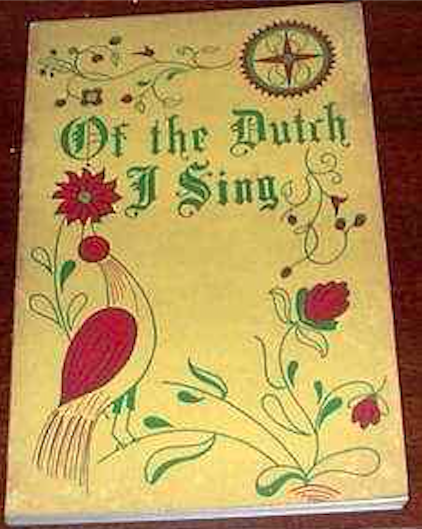 The 1920s was an exciting decade for women. Women could vote.  More and more women worked outside the home and many women in churches were inspired by missionaries to look for new ways to serve God.  Alliene S. DeChant knew about mission work personally, because her father was a missionary for the German Reformed Church on the American frontier. Born in Abilene, Kansas in 1892, she moved with her family several times and finally ended up in Pennsylvania.

After completing her studies at Hood College (a woman’s college supported by the Reformed Church in the United States), Alliene got a job with the Hanover [PA] Sun newspaper.  She was the only female reporter on the staff.  Soon, awareness of her talents spread and she was offered a position on the national staff of the Reformed Church as part of the International Church Movement (1919-1921).  A few years later she became a missionary herself, serving in Japan and later traveling extensively in China. In 1928 she attended the first World Youth Peace Congress in Holland.

Upon returning to the United States, Alliene became the editor of another newspaper, the Kutztown [PA] Patriot.  There her editorials, wit and intelligence were highly respected. Alliene revered her Pennsilfaanisch Deitsch [Pennsylvania Dutch] heritage and used her musical talents as a pianist to open doors and warm hearts. An excellent writer, she authored several books—Of the Dutch I Sing, Down Oley Way and her autobiography, I Came This Way.

Alliene DeChante died in 1982 after a long life of adventure and service. She was proud of her German Reformed/UCC roots.  She is remembered for her service as a strong laywoman and skilled writer. At her request, her ashes were scattered on Vesper Hill at Camp Mensch Mill in eastern Pennsylvania.