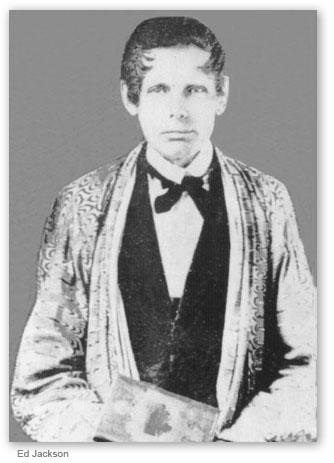 It was 1832.  An attorney named John Sergeant stood before the United States Supreme Court defending the rights of the Cherokee Indians in the State of Georgia.  Sergeant was eloquent, "If honor and justice have departed elsewhere from this land, surely they have not departed from this honorable court."

What was the issue? In 1830 Georgia passed a statute prohibiting whites from living among native peoples without a license.  Samuel Worcester (1798-1859), a white missionary sent by the American Board of Commissioners for Foreign Missions (ABCFM) lived among the Cherokees.

Growing up as a Massachusetts Congregationalist, educated at Andover Theological Seminary, Worcester was deeply committed to the Cherokee people. He translated the Bible into their language.  He started a native-language newspaper.  After gold had been discovered in northwest Georgia, the state pressed the Cherokees to leave.  Worcester and other missionaries resisted, were arrested and sentenced to prison terms.

Worcester took his case (Worcester vs. Georgia) to the United States Supreme Court and the court ruled in his favor.  It said that the Cherokee nation "is a distinct community occupying its own territory in which the laws of Georgia have no force."  In fact, although existing laws  "throw a shield over the Cherokee Indians, . . . by the enactments of the State of Georgia, this shield is broken in pieces -- the infant institutions of the Cherokees are abolished, and their laws annulled." Furthermore, the State was responsible to protect the Cherokee Nation.  And "Protection does not imply the destruction of the protected."

Unfortunately, President Andrew Jackson ignored the Supreme Court decision and forced the bloody removal of thousands of Cherokee people in what was called the "Trail of Tears."  Years have passed, yet the rights of native peoples are still being violated.  As it did over 180 years ago, the United Church of Christ stands with native peoples.