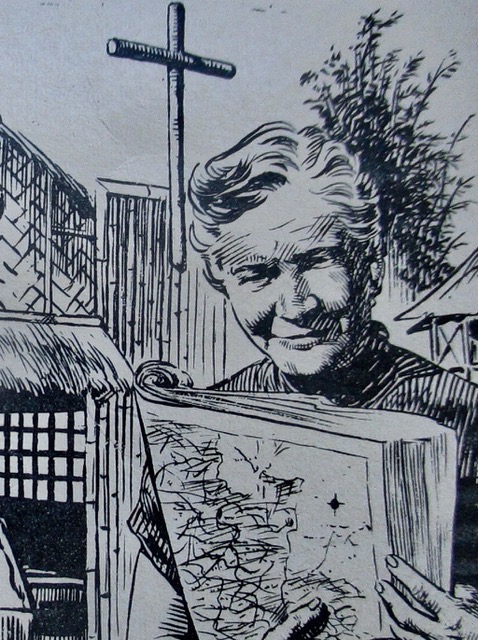 She became a "Pilgrim Circuit Rider"

In the 1920s a young high school teacher, born and raised on an Illinois farm, wanted to be a missionary. She spent summers at a Youth camp in Michigan, gaining new insights about the teachings of Jesus. In 1929 she became a teacher at a mission school in the Ozarks. She enjoyed her work, but decided to study at the University of Chicago—saying, “In our world there is so much to know” that “we need to develop skills of thought and analysis.”

Leila Waite Anderson (1899-1981) cultivated those skills, but she was also an activist. In the 1940s South Dakota Congregational Churches recognized her gifts and hired her to oversee statewide Christian education programs and serve as an occasional interim pastor. Soon she was ordained and working with churches and native Dakota people. She shared her talents and gained new insights. She wrote,

I learned to sit, just sit. To be silent. I learned that the circuit of the sun, not the watch, measured a day's time. That there is a time for living and that living takes time. I learned that words are unnecessary for communication. That often silence is more eloquent.

By the 1950’s Anderson was visiting many rural churches—helping them provide quality programs for kids. The BOARD OF HOMELAND MISSIONS of the Congregational Christian Churches outfitted her with a station wagon and coordinated her schedule. Between 1953-59, she drove over 150,000 thousand miles. She got involved with the formation of Franklinton Center at Bricks in North Carolina. She took overseas trips to enhance her work and share her gifts. Everyone called her the “Pilgrim Circuit Rider.”

Supporters knew she needed companionship and they gave her a Parakeet named “Peter Piper.” Peter became part of her ministry. He did not just entertain people, she reported, he helped adults and children warm to the work of an “old lady with a bird cage.”