A United Church of Christ minister, a UCC-related seminary’s earth center, and an ecumenical activist group with UCC leaders are among 34 semifinalists for the 2020 American Climate Leadership Awards.

EcoAmerica, a nonprofit whose mission is to build “institutional leadership, public support, and political will for climate solutions in the United States,” named the semifinalists Dec. 9. They include the Rev. Jim Antal, retired Conference Minister of the Massachusetts Conference; the Center for Earth Ethics at Union Theological Seminary; and Interfaith Power & Light’s chapter in Maryland, northern Virginia and the District of Columbia. 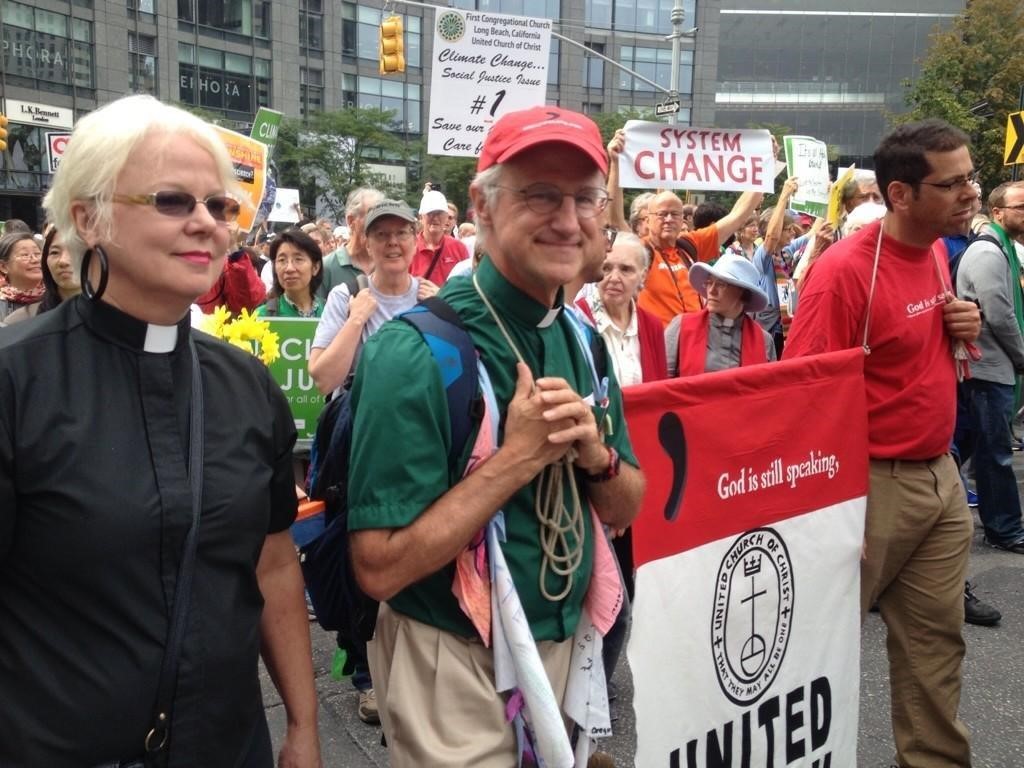 EcoAmerica will divide $155,000 in cash awards among 10 finalists it will choose in early 2020 from among the 34. The 10 will be recognized at the American Climate Leadership Summit, March 25-26 in Washington, D.C., where a winner and a runner-up will receive special honors. In naming the semifinalists, EcoAmerica said it considered all of them to be leaders in “in building public support and political will for climate solutions” and “efforts that achieve results and help accelerate and expand the transition to a just, thriving and sustainable world.”

The Earth Center at Union, one of eight seminaries “historically related” to the UCC, runs programs to “cultivate the public consciousness needed to make changes in policy and culture that will establish a new value system that is based on this vision of the world,” according to its website.

The IFP chapter “works with hundreds of congregations of many faiths across D.C., Maryland, and Northern Virginia to save energy, go green, and respond to climate change,” according to its website. Its steering committee includes Robin Lewis, director of outreach and social justice ministries at Beloved Community Church, UCC, Accokeek, Md.; the Rev. Laura Martin, associate pastor of Rock Spring Congregational UCC, Arlington, Va.; and UCC layperson Heather Moyer, senior media writer for the Sierra Club.

Since his 2018 retirement, Antal has been serving as a special climate-and-justice advisor to UCC General Minister and President John Dorhauer. “For over 15 years, much of my ministry has focused on leveraging the church to engage the greatest moral crisis humanity has ever faced,” Antal said. He has written a book, “Climate Church, Climate World,” written and promoted three resolutions on climate justice that were eventually adopted by the UCC General Synod, and, as a traveling speaker, “made the case for pastors and congregations to leverage their influence by engaging intersectional activism in their communities.”

Antal expressed appreciation for EcoAmerica’s own work and its role as an ecumenical connector. “For over a decade, EcoAmerica has sought to amplify climate leadership in the areas of faith, health and community engagement,” he said. “Throughout that time, the witness of the United Church of Christ has inspired other faith communions – as well as leaders in the other sectors – to increase their climate ambition.”