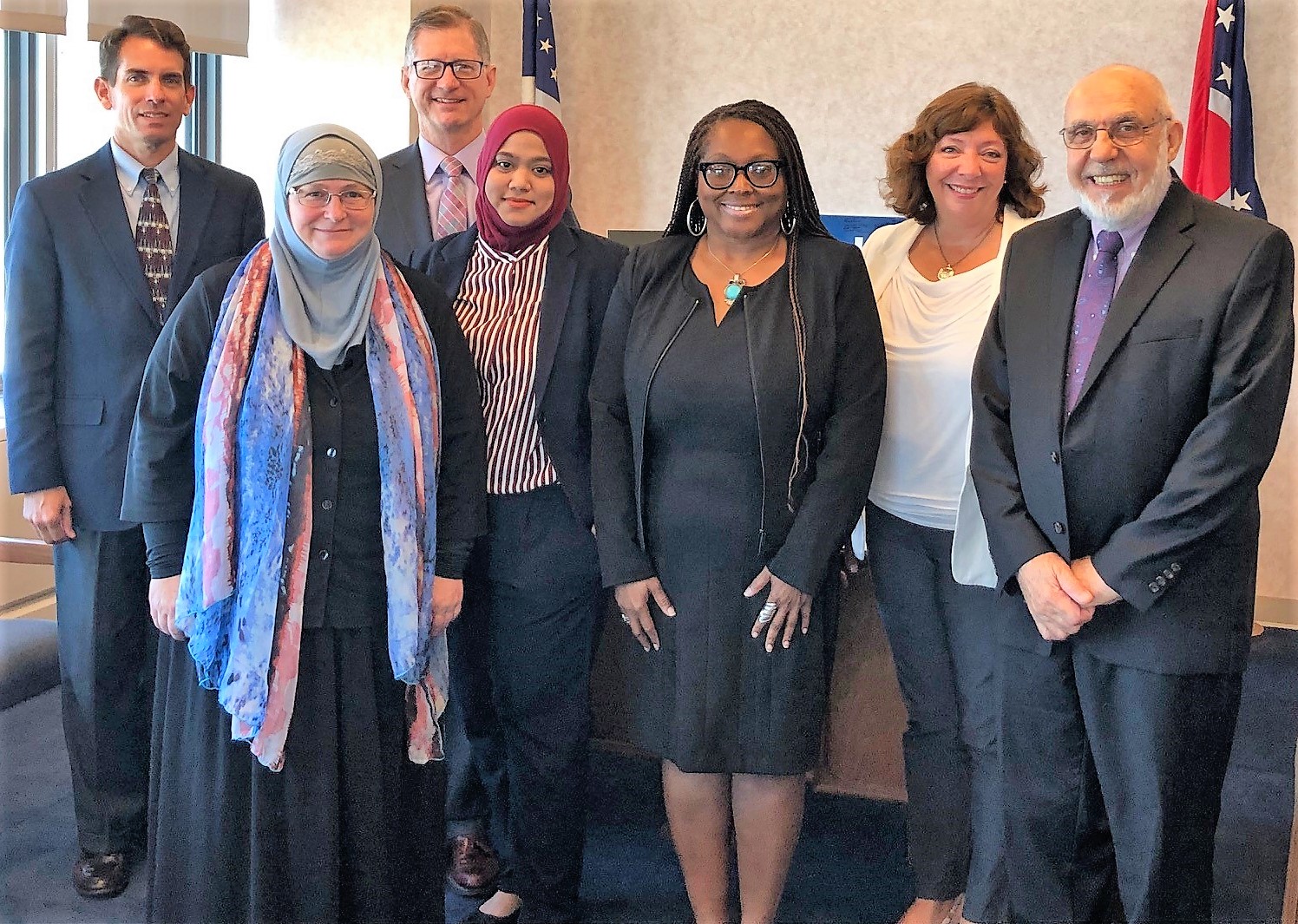 United Church of Christ and Muslim leaders have urged a key U.S. senator to support a bill that would lift a ban on travel to the United States and limit presidential authority to order such bans.

They asked Ohio Sen. Rob Portman – on a visit to his Cleveland office Thursday, Aug. 29 – to become a co-sponsor of the No Ban Act (S. 1123). It would overturn President Donald Trump’s current order that keeps Muslims from several countries from entering the U.S.

Portman was among members of Congress who questioned the wisdom of Trump’s 2017 executive order banning travel from seven Muslim-majority countries. Federal courts struck down that order, but the Supreme Court upheld a subsequent version of the ban, which remains in effect.

The UCC and Muslim leaders spoke of their personal, religious and policy-based reasons for opposing the ban. They presented Candisky with a letter of support for the No Ban Act, sent in April to members of Congress and signed by nearly 400 national, regional and local organizations, religious and secular.

“I spoke of the grief we all feel knowing that America bans refugees based on their religious affiliation,” said Dorhauer, who also represented the National Council of Churches as newly elected chair of its Governing Body. “I spoke of the anger we have that policies are being written with an assumption that every Muslim is a threat to our security.”

Representing the Cleveland chapter of the Council for American Islamic Relations on the visit were staff members Julia Shearson and Siti Hussain and Board member Isam Zaim.

Hussain, originally from Malaysia, told Candisky of the ban’s impact on her family, Dorhauer said. Her husband is originally from Yemen, and his parents were scheduled to fly from there to the U.S. on the day of Trump’s January 2017 ban. Because the ban has continued, his parents have still never seen their grandchildren who live here.

“No Ban Act” is short for the bill’s full title, “National Origin-Based Antidiscrimination for Nonimmigrants Act.” A version of the bill is also making its way through the House of Representatives (H.R. 2214). Dorhauer encouraged UCC members to ask their U.S. senators and representatives to support the act. “We remain close and active partners with Muslim peoples all over the world,” he said, “and will continue to walk with them into the halls of power to call for justice.” 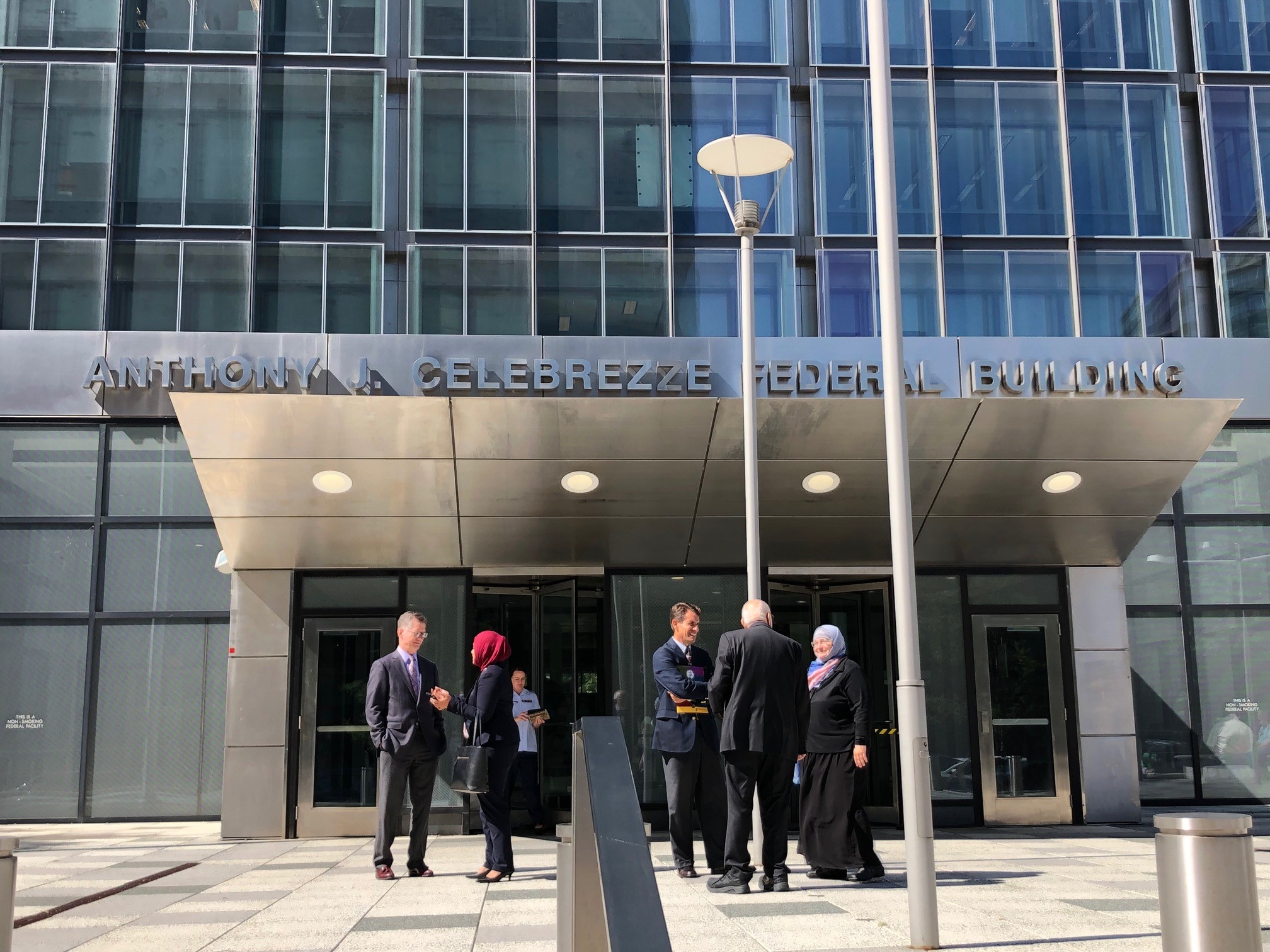