UCC Leader: We must mourn them all - we are all connected 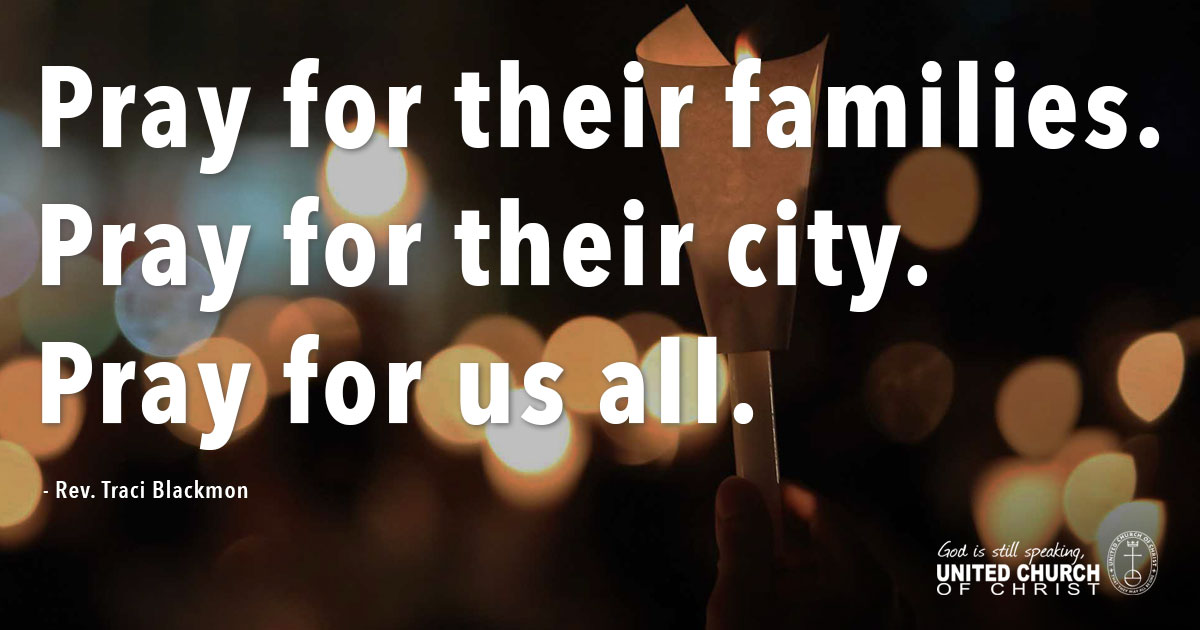 The UCC's Acting Executive Minister of Justice and Witness Ministries, mourning the lives lost recently to fear and to hate, is offering a reflection following an especially difficult 72 hours in America.

This from the Rev. Traci Blackmon:
Thus says the Lord: A voice is heard in Ramah, lamentation and bitter weeping. Rachel is weeping for her children; she refuses to be comforted for her children, because they are no more.  Jeremiah 31: 15

“In response to the call for solidarity, the United Church of Christ invites all who will to pause at noon for 5 minutes of silence in recognition of the hate-filled massacre executed in the midst of non-violent protest last night on the streets of Dallas, Tx. We mourn the lives of the 5 law enforcement officers killed and those wounded in yesterday's attack. Our deepest prayers are with their families and communities and we grieve the toxic realities of our times that nourish systemic hatred which knows no bounds.

Ultimately, the guns used to kill those 5 officers last night and wound 6 more and 1 civilian and the guns used to kill Alton Sterling, Philando Castile, Tamir Rice, Michael Brown, Jordan Davis, John Crawford, Amadou Diallo, 49 mostly black and latinx people who were LGTBQ at Pulse in Orlando, and the 9 people in bible study in Charleston were loaded by our common enemies, fear and hate.  This same ammunition is responsible for the bombing of mosque and the burning of churches. This same ammunition fuels the escalating levels of death in our nation's streets as a result of communal violence. Irrational fear and hatred that nurses at the breast of a nation increasingly divided against itself.

We will pause to lament collectively the lives lost in Dallas and the blood that stains our streets from death at the hands of fear and hate.

We must mourn them all because we are all connected.

And we must find our way back to love.

Murder is a by-product of people who have lost their love. Love is our only hope.

Let us pause wherever we are for 5 minutes, one minute for each of the  officers killed in the line of duty yesterday in Dallas, and pray.